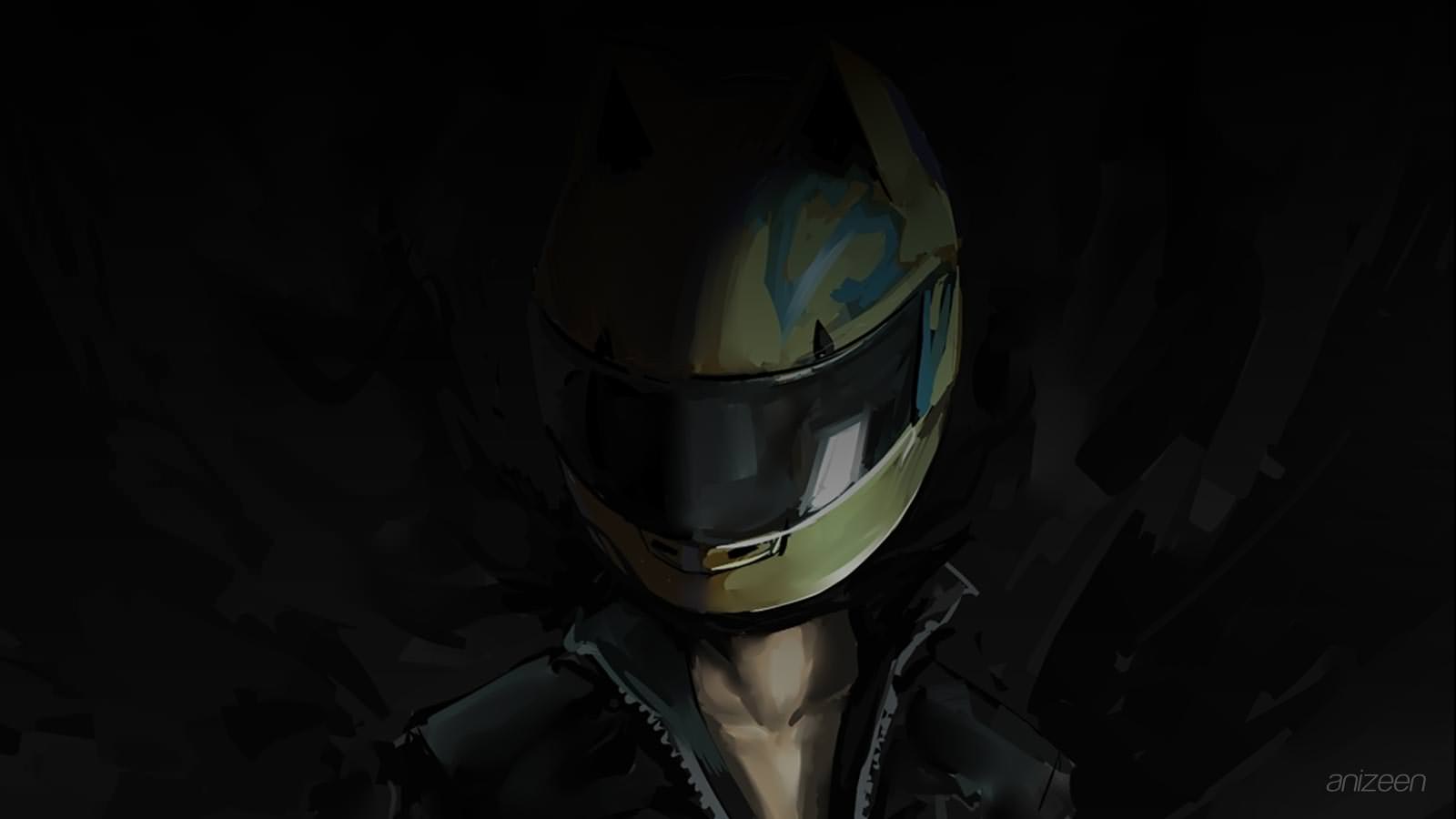 Mikado Ryuugamine is a young man who longs for the exciting life of the big city, that’s why Mikado is moving to Tokyo on his own for the first time.

Here he meets his childhood friend Kida Masaomi who takes him on a tour of his new home: Ikebukuro. At the invitation of Masaomi, he transfers to a school in Ikebukuro.

Masaomi warns him about people he doesn’t want to cross in the city: starting with a violent man dressed like a bartender named Shizuo Heiwajima, an information merchant known as Izaya Orihara and a mysterious gang called “Darazu”.

And to top it off, Mikado witnesses an urban legend on his first day in the city: the Headless Rider astride a black motorcycle.

At the same time, a girl is taken by a group of kidnappers to be sold. Instead, she is saved by a mysterious biker known as the Headless Rider.

The biker is known as an urban legend in Ikebukuro for his cat-eared helmet and driving without any lights, as well as apparently having no actual head. The biker slaughters the kidnappers and takes back to the street.

Certy Sturluson is a Dullahan from Ireland who came to Japan looking for her stolen head. Her motorcycle is actually a horse in disguise. She has no heart and perceives via unknown sensors that are not located on the head. The physical strength she possesses is above human. She is also capable of manipulating a shadow-like, durable substance to form objects ranging from gloves to chariots at her will. Certy lives with Shinra Kishitani and works as an underground porter. Her online chat screenname is “Setton”.

Masaomi Kida is an easy going person, resident of Ikebukuro and Mikado Ryuugamine’s best friend from childhood. He encouraged Mikado to come to Ikebukuro. He is enthusiastic about picking up girls but more often than not fails at it.

Anri Sonohara is a quiet girl who’s top of the class, she feels she lacks certain personality traits. Mikado seems to have a crush on her. Her online chat screenname is “Saika”.

Shizuo Heiwajima is a guy who has an incredibly short fuse and insane strength. He injured his muscles trying to pick up something heavy when little, which broke down the mental limits that people usually impose to their muscle and uses them in full potential. He hates Izaya for framing him for a crime in the past.

Izaya Orihara is a young man who sells information for his own enjoyment. He claims to love the entire human race except for Shizuo Heiwajima, and exhibits said love by putting humans in often miserable conditions and observing their reactions.