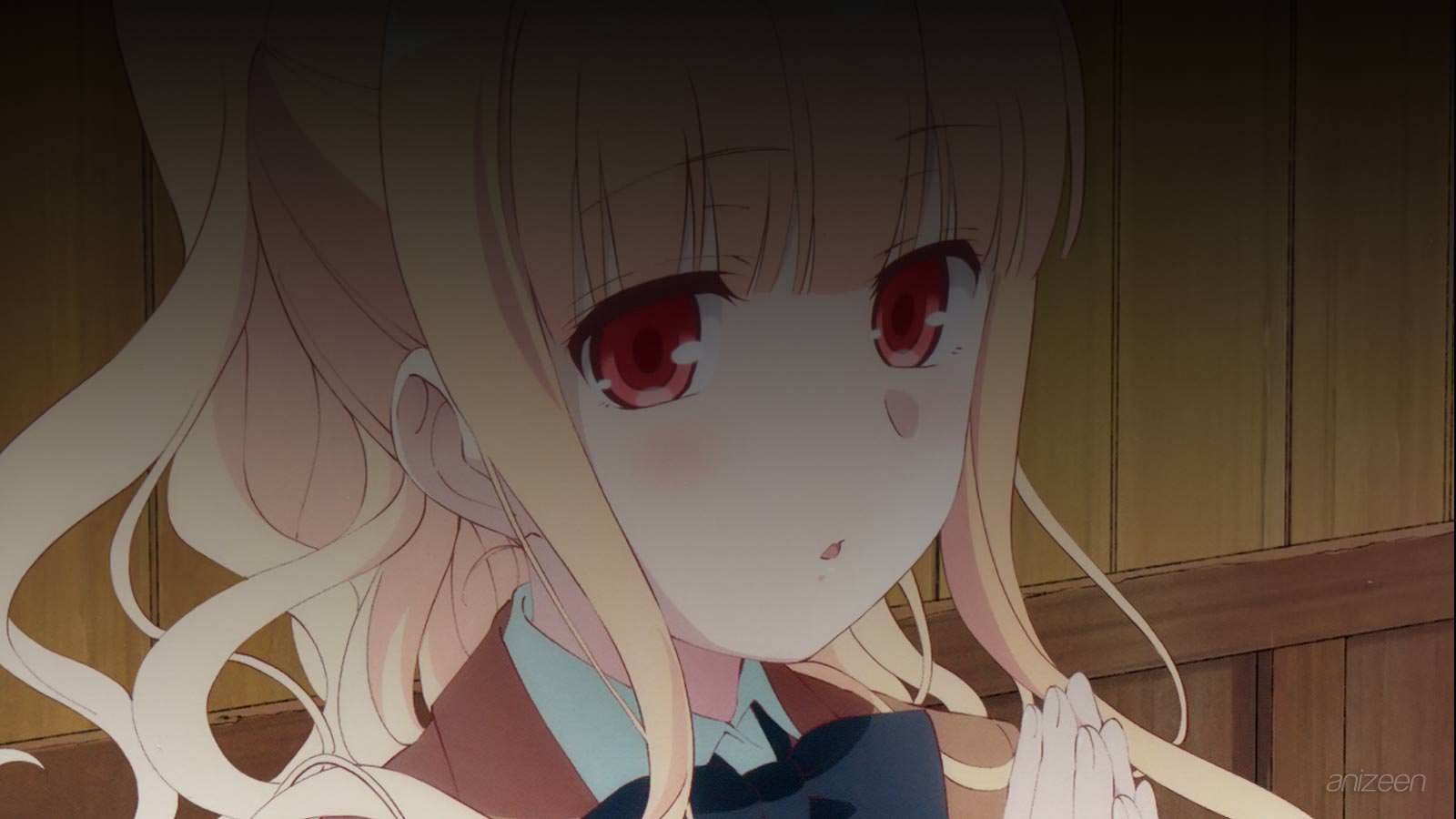 Koizumi just transferred to a new school, she is a bit mysterious, and has not tried to talk to anyone in class. To her classmates, she seems like a cold person.

One day, Yuu, one of her classmates stares at her, wondering why a cute girl like her does not want attention. And she is not alone, Misa and Jun think the same.

On their way way home, they part ways, Yuu has to prepare dinner and thinks she must go to the store. As she walks, she several persons waiting in line to enter a ramen restaurant. She would like to have some; however, a girl between so many men would be awkward.

At that precise moment, Yuu spots Koizumi and suddenly stops next to her, a customer arrives and asks Yuu if she is in line and she agrees. Yuu is really interested in Koizumi, after all, she likes cute girls. She does not hesitate and introduces herself to Koizumi, in reply, her classmate barely talks to her.

Once inside, Yuu tries to follow up; she has never entered a ramen restaurant on her own. She is a bit shy and ends up ordering the same as Koizumi. Once served, she is startled to see the portions, they are outrageous.

Before Yuu can say anything else, Koizumi begins to eat; she loves ramen more than any other dish. And is usual for her to search for new experiences, recipes and restaurants.

Yuu is able to finish the dish; however, she is full. She asks Koizumi if she likes ramen, and she agrees, then, Yuu tells her they should talk more often about ramen or anything else, and Koizumi rejects her.

Yuu does not care, and simply thinks she will try to talk to her the next day at school. Of course, that never happened.

The only way to make Koizumi talk is about ramen, Yuu is delighted to talk to her, and she finds Koizumi even more interesting, however, she will not pay any attention to her stalker.