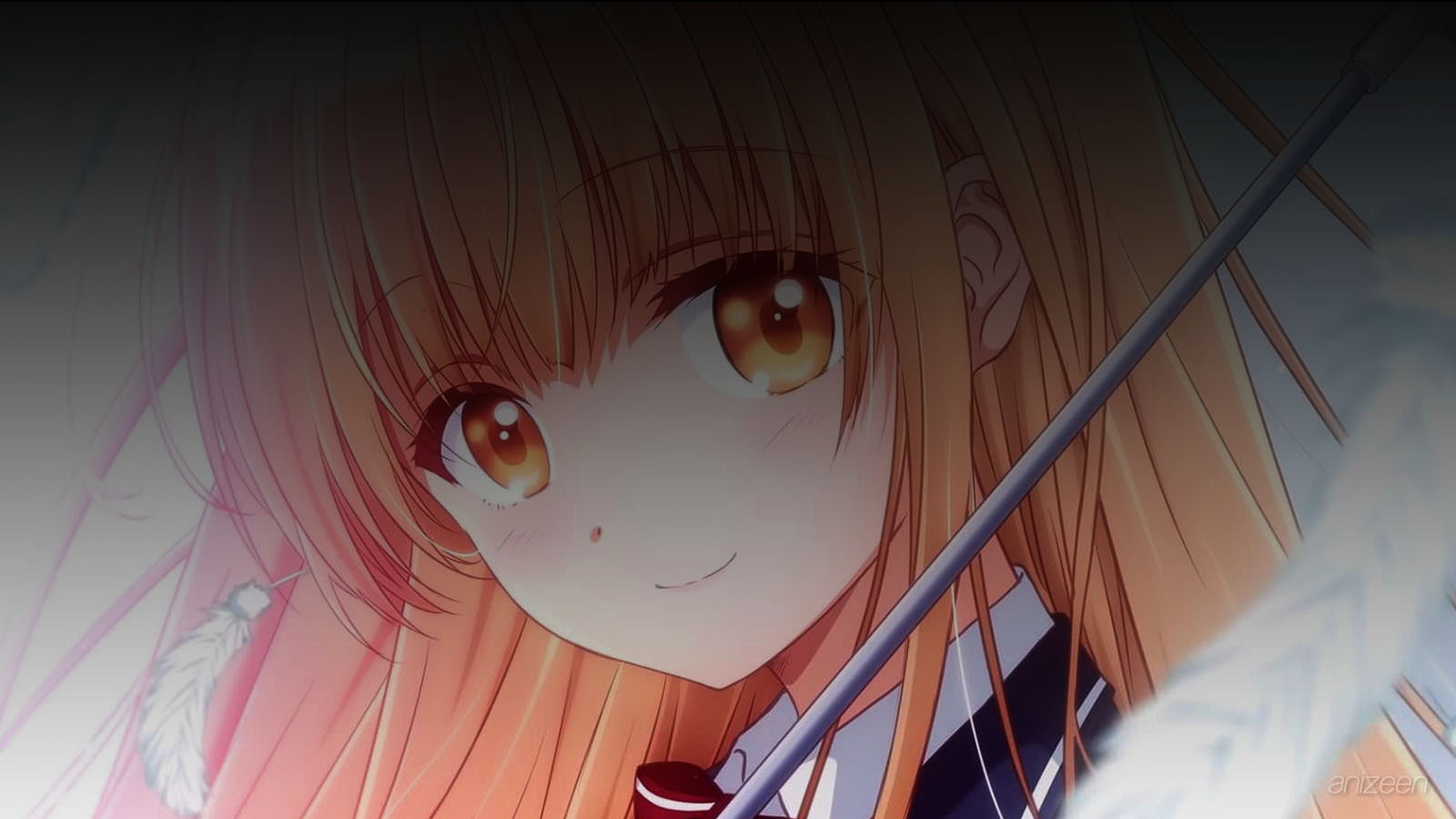 On his way home, Amane sees a familiar face in a small park, it is Mahiru, the most admired student in his class.

It’s raining, and she doesn’t seem too worried about getting wet, and after watching her for a moment, Amane decides to approach Mahiru, who seems to be sad, but once sh recognizes him, she tells Amane that she’s fine, that he shouldn’t worry. .

Amane ignores her and leaves an umbrella to her, now she can stop getting wet and return home when she feels like it, and without another word, he leaves her and runs off.

The next day, Amane has all the symptoms of a common cold, and his best friend Itsuki, teases him, even asking if he wouldn’t like to have a girlfriend to take care of him.

Meanwhile, he wonders why everyone refer to Mahiru as an ‘angel’. The truth is that she is popular, not only because of her physical appearance, but because she is a good student, and even a good athlete.

Later, when Amane arrives at her house, the fever has increased, he does not feel well and just wants to get to rest, and in front of is place he finds Mahiru, who wants to return the umbrella that he lent yesterday.

Mahiru realizes that Amane is sick and feels somewhat guilty, he tells her that she doesn’t have to and tells Mahiru to go home. Instead, she tells him that she wants to help him and aids him.

Once inside, the mess and dirt is evident, and although she is surprised, Mahiru tells Amane that he should change clothes before she returns back in a few minutes.

It turns out that Mahiru lives alone in the apartment next door, and if their classmates at school found out, it would be quite a scandal.

Amane falls asleep for a couple of hours, and Mahiru prepares him something to eat, he is surprised to learn that the ‘angel’ of his class can cook, that she does not have a boyfriend and seems to be friendlier outside of school, where they have never met or talked.

After witnessing that Amane has an unhealthy quality of life, Mahiru decides to share the dishes she cooks with him, and although he doesn’t understand why she does it, he accepted the food.

The next day, when he returned the container that she lent him, Mahiru thanks him, and at the same moment hands him another dish for his dinner of the day. Despite refusing, Amane ends up accepting all of Mahiru’s arguments and enjoys dinner.

The next few days, Mahiru continues to cook for Amane, until one day, when she decides to go a step further and helps him clean up the mess he has in the apartment.

Amane thanks Mahiru for the gesture by inviting her to eat pizza, and is surprised to see that she had not tried delivery before. Asking her, she learns that Mahiru’s family had someone to cook for them, so they rarely ate out of it.

For some reason, Mahiru behaves differently at home, and Amane doesn’t hesitate to ask her if she doesn’t get tired of keeping that kind and warm personality all the time, she tells him that she’s used to it, and that she’s always been like that.

But for him it is a pleasure to be able to share such moments with her, when she simply relaxes and is herself.