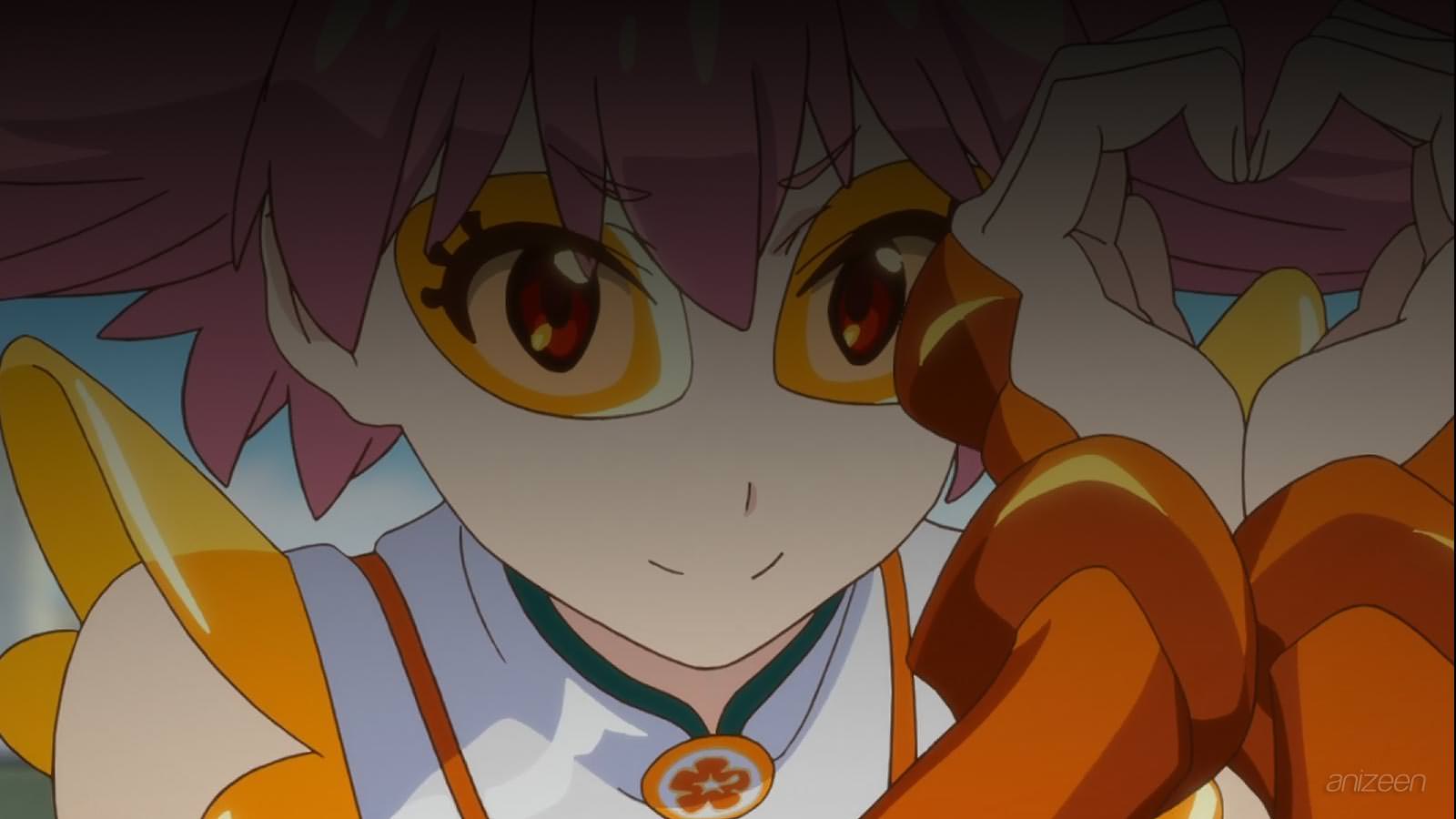 A bus has been hijacked, and there are many hostages. But a strange hero appears out of nowhere and is able to enter by force.

She calls herself Strange Juice, and without hesitation begins her attack to save the passengers. Yuuta Iridatsu is along his neighbor Rabura Chichibu, and once the bus is out of control, Yuuta tries to help, but ends up knocked down.

Strange Juice orders Rabura to take control, in the meantime, Meika Daihatsu contacts Strange Juice and tells her she will take control of the bus and stop it by force. Everything seems under control, but a passenger threaten to kill anyone on his way.

Rabura approaches and ends up unconscious, at that moment, Yuuta wakes up and sees Strange Juice about to be shot, but he also has a glance at Rabura’s undies.

Yuuta is on fire, literally, and his personality changes drastically as he jumps out of the bus taking the criminal with him. They fall down to the river and Yuuta faints.

As he wakes up, something is not right. As he sees Strange Juice’s underwear he loses control. Once again, Yuuta faints, but this time he is struck by a light from the sky.

For some reason, Yuuta’s soul is out of his body. As he wakes up, a strange cat named Chiranosuke appears to tell him quite a story. Now, Yuuta is a spirit entity, he is not dead… actually, he is able to see his body moving around his apartment.

Yuuta tries to enter his place, but the spirit who possessed his body has put a barrier to avoid it. In order to recover his body, Yuuta will have to find a sacred book from India, Nandala Gandala, and perform a special ritual.

Somehow, the book is in the apartment building, but he will have to search for it while invading the secrets of his neighbors.

He will also learn that if he sees a girl’s panties twice in a row, he will lose consciousness and a meteor will destroy Earth.
Fortunately, he also learns that, in his spirit form, he can prevent destruction and go back in time to avoid this situation.