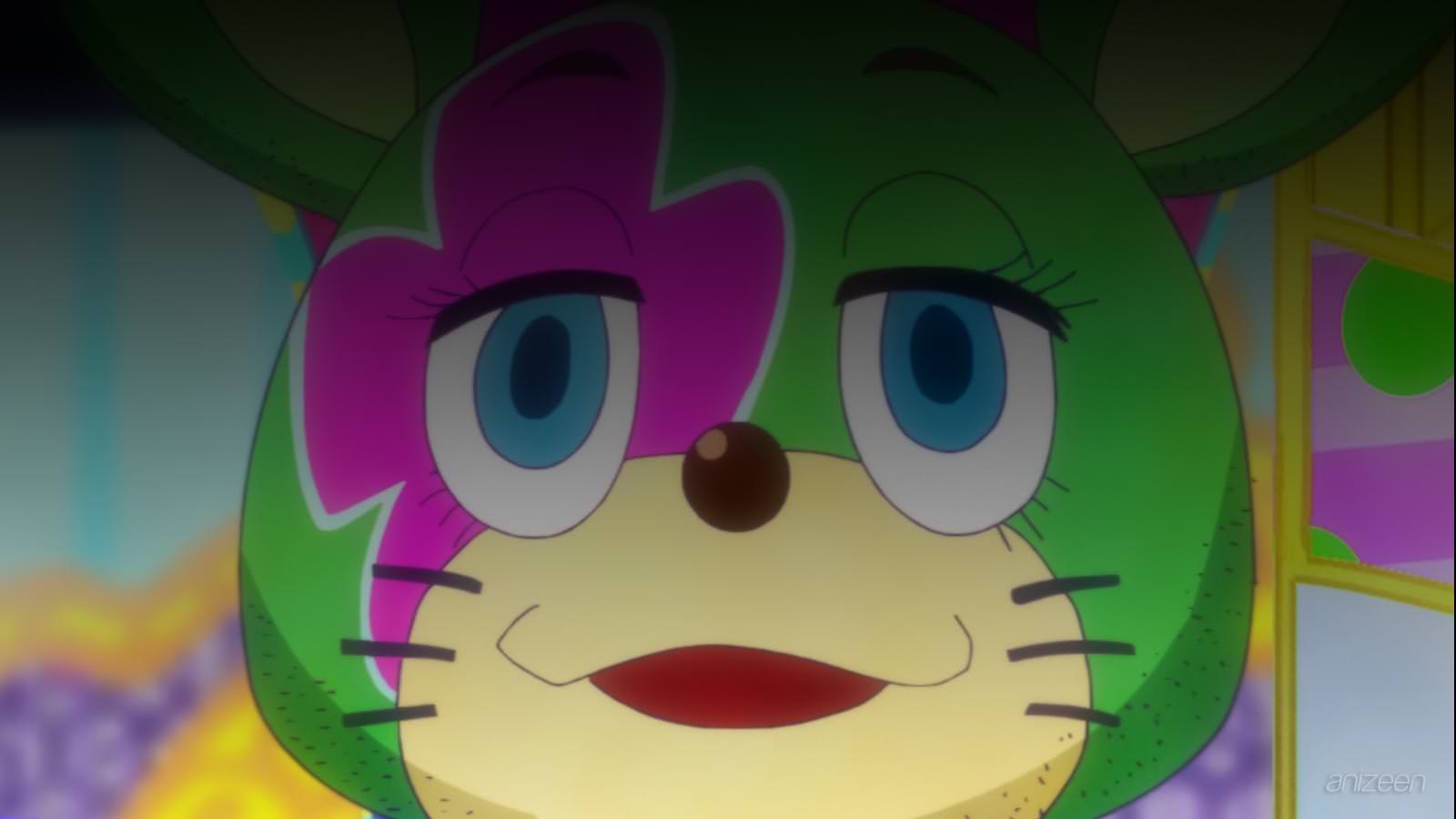 The plot of each episode follows a common thread. Dr. Ichiro Irabu is consulted by a patient suffering from a psychological problem or a problem where other medical approaches have been exhausted.

Each of the patients are represented as an animal which head their head will morph into in some scenes after Mayumi administered a vitamin shot to them.

Somehow, each patient ties into one another, for example the first patient meets with the second patient and the 7th patient, all in the first episode.

The first episode is about a trapeze artist named Kouhei Yamashita who has been missing the mark a lot recently, due to the stress of getting his act together for an upcoming performance, he has developed a sleep disorder and anxiety problems. In desperation he goes off to see a very strange shrink, Dr. Ichiro Irabu, who seems more off his rocker than one would expect most patients to be.

Dr. Irabu also has an overly endowed nurse, Mayumi, assistant who administers injections while bedazzling her patients with her over-endowment.

As a whole, this story is a series of occurrences for about one week from the 17th to Christmas of December which happens to each characters who live in Tokyo. And it is linked with broadcast time. The chief characters of each episode appear also as a supporting player of other episode.

Dr. Ichiro Irabu is son of the founder of the Irabu General Hospital. Irabu is a psychiatrist with a care-free and childlike personality. He changes appearance throughout scenes. In his first form, he is slightly overweight wearing bright clothes under his labcoat with a large green bear head that can change expression to suit his. “Middle Irabu” is slimmer, wearing his normal attire. In this form he has long blond hair, red glasses, and a pair of green bear ears. His personality in this form is notably effeminate. His final form is “little Irabu” (him as a boy), with an over sized lab coat, and shorts instead of trousers. He is quite mellow in this form, but can get ecstatic. Irabu has a strange angle to his line of medicine, insisting that all his patients have a vitamin shot.

Mayumi is a nurse of a sullen look acting as an assistant of Irabu. She dangles her thigh and breast from sexy nurse’s uniform, and bluntly gives the injection while patients are fascinated by them. She prefers to be alone as it is easier, and she is into guys who are lone wolfs like her.

Fukuicchi is a psychiatrist who is not actually part of the story but frequently halts scenes and pops in via a door-like cut from the stopped picture to provide medical commentary.

Kuuchuu Buranko
(空中ブランコ)
Is a Japanese short novel and a title of a collection of short stories written by Hideo Okuda, and is the second volume of “Seishinkai Irabu sirīzu”. It was originally published by Bungeishunju in 2004. It received the 131st Naoki Prize. A TV anime adaptation start airing in Fuji Television’s noitamina slot on October 16, 2009.
OP
S1. “Upside Down” ~ Denki Groove
ED
S1. “Shangri-La (Y.Sunahara 2009 Remodel)” ~ Denki Groove
WEB