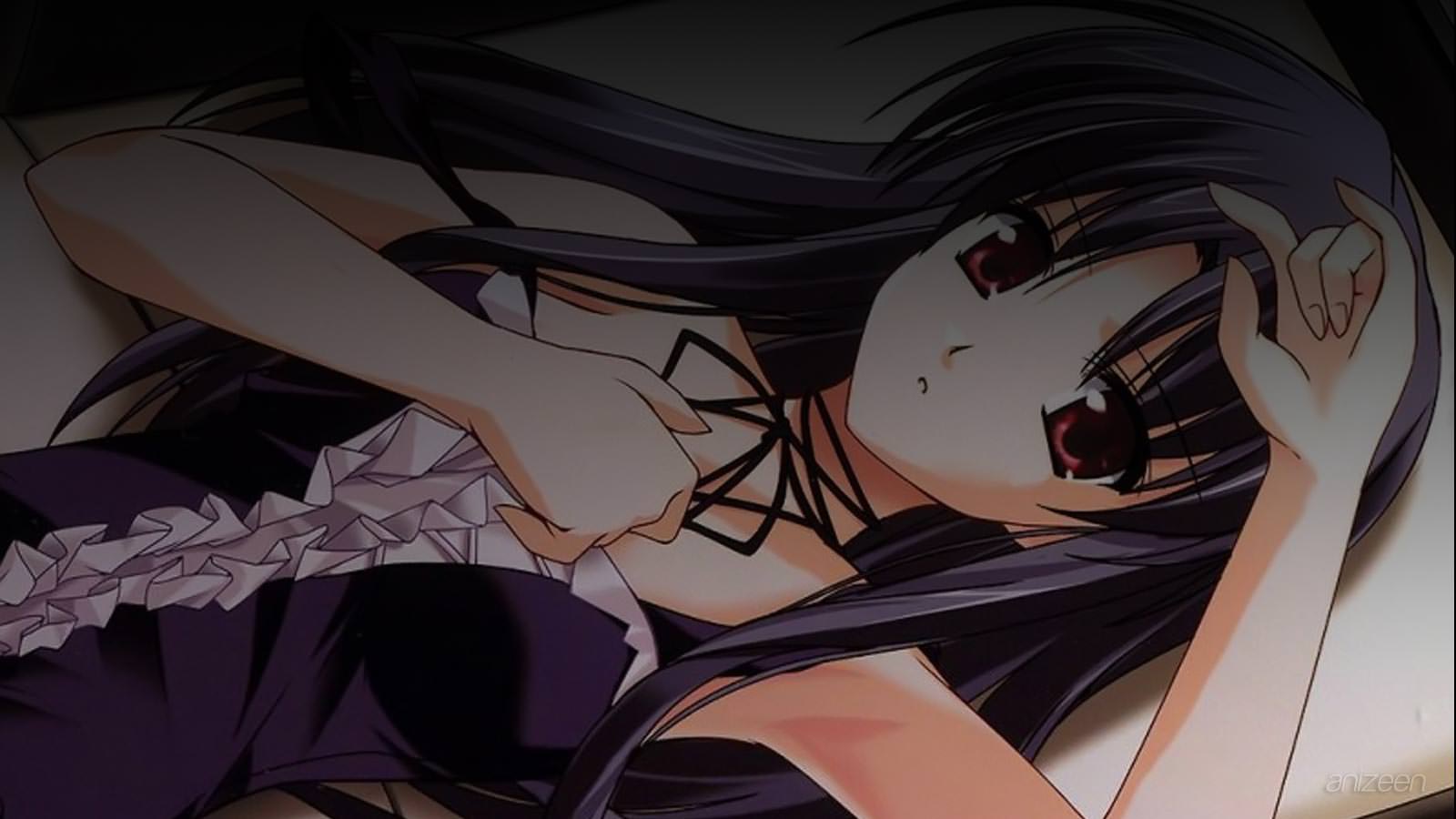 H2O’s story revolves around Takuma Hirose, a blind young male junior-high school student, though the cause for his blindness is undetermined. After his mother died an unexpected death, it left a deep emotional scar on him, which caused him to become very lonely and reserved.

Takuma and his father move from the city out into a rural area and Takuma is enrolled into a new junior-high school. At his new school, he meets several new girls, though three of whom he gets to know the most out of anyone else.

Unfortunately for Takuma it appears that he has inadvertently entered “Nice Boat High”, where a psychotic little rich girl named Yui Tabata rules the students with the help of a couple of bullies.

Right from the start, Takuma is surrounded by girls, including Hinata Kagura, the clumsy and indecisive class president, Hayami Kohinata, the sullen outcast who is the target of the bullying, Otoha, a mysterious girl who appears and vanishes at will, as well as others. Takuma has dreams of being able to see again, but no matter how often he is faced close-up with fan service Takuma can do no more than “smell the roses”.

Takuma Hirose is the main protagonist of the story. He has a moderately quiet personality partly because he suffers from blindness and for his condition, he carries around a white cane he named “Tomodachi sa”. His mother died unexpectadly which left a deep emotional scar on Takuma. In order to rectify this, he moves to the countryside to live with his uncle. Takuma is naturally friendly and likes to befriend everyone he meets in his new town. There is a rift between the rich and the poor, with Takuma being on the latter end of the divide.

Hayami Kohinata is a girl in Takuma’s class who sits next to him. She has an unsociable personality and a sharp attitude towards others, not wanting to become friends. Due to this, she is often bullied and is referred to by her schoolmates as the “cockroach”, but for some reason she does not fight back when being bullied. She has an intense fear of spiders. Even though her family is not rich, and she owns a bathing suit, she still will not participate in swimming classes because she is poor at it.

Hinata Kagura is the granddaughter of the village headman, and is one of the rich members of town. She is in Takuma’s class and is the class representative for her class. She has a kind of obliging personality, and is popular in her school. She has the tendency to fall down and by clumsy, and one time she even fell down a flight of stairs at school, though luckily Takuma was there to break her fall. She refers to Takuma as “Takuma-sama”, a very polite form of expression.

Otoha appears to be a normal girl, but she is in fact a spirit, and only Takuma can hear or see her. She is always cheerful, and will appear out of no where, clinging suddenly to Takuma. She refers to herself with the masculine pronoun boku, meaning “I”. She refers to Takuma as the “Promised Person”.

Yui Tabata is a girl in Takuma’s class. She has a self-aggrandizing personality and always has two male henchmen tagging along. She often calls Hayami a “cockroach” and along with her henchmen will bully Hayami relentlessly, and while she gets along with Takuma, she likes to tease Hinata. She is very rich and often uses formal speech so as to distiguish herself from the “commoners”. She was given a scenario in H2O’s sequel √After and Another.

Hamaji Yakumo is one of Takuma’s classmates. Despite his feminine appearance and voice, he is in fact an androgynous okama boy who crossdresses like a girl. He has an optimistic personality, and likes to play innocent when he plays bad jokes on others. He seems to favor Takuma.

Rin Misakura, like Takuma, is an exchange student from the city. She has a kind and gentle personality, and is a hard worker. Rin is the main heroine in Makura’s next game Sakura no Uta.

H2O ~FOOTPRINTS IN THE SAND~
(H20 ~沙滩上的足迹~)
Is a Japanese adult visual novel by Makura which was released on June 23, 2006 for the PC as a DVD; a version playable on the PlayStation 2 under the title H2O + will follow in 2008 with adult content removed, but in its place will be additional scenarios and graphics not seen in the original release. H2O is Makura’s first game; a sequel named √After and Another was later produced in October 2007. A manga adaptation, drawn by Japanese artist Kira Inugami, started serialization in the seinen magazine Comp Ace on January 26, 2007, published by Kadokawa Shoten. An anime by the animation studio ZEXCS began airing in Japan on January 4, 2008 on the Fukui TV television network.
OP
1. “Katayoku no Icarus” ~ Yui Sakakibara
ED
1. “Kazahane” ~ Haruka Shimotsuki
WEB