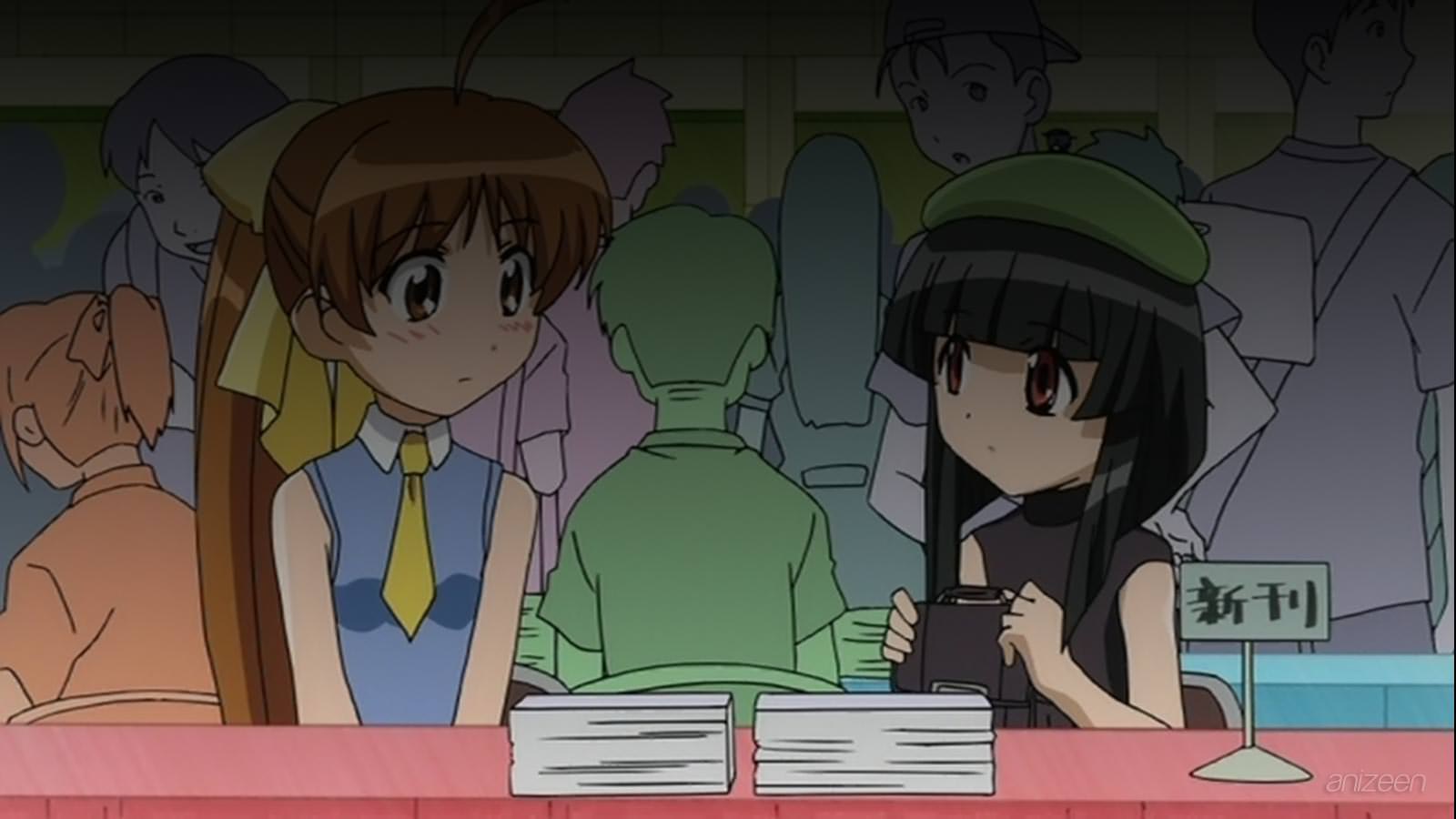 It just so happens that Tsuyuri creates h-manga, so Osama’s introduction to Comiket is an eye-opener for her. But as Osama realizes how much money some of the doujinshi make she decides that she will get into that business too.

Najimi loves to draw, though soon learns contrary to what she expected that this new world is anything but easy. As she attends more conventions and meets more people, Najimi eventually manages to find a group of very interesting friends.

Najimi Osana is a young girl who, after losing her job, decides to switch professions and starts attempting to create doujinshi, or fan-made manga. She was inspired after seeing her friend Tsuyuri sell her doujinshi at a comic festival, and after meeting her childhood friend Justice again, who is also a doujin artist. Her doujin circle is called Beauty Love House, and Najimi uses the pseudonym Beauty Love when writing her doujinshi.

Tsuyuri is a doujin artist, and creates her doujinshi under the name Bloomer Girl (ブルマ子). She is the only member of her doujin circle which she named Panty Revolution. Her doujinshi mainly consists of rape manga.

Justice is a popular doujin artist who often sells tens of thousands doujin at a single event, though does not earn much money due to production costs and the low cost he sells his doujin for. He is a childhood friend of Najimi.

Doujin Work
(ドージンワーク)
is a quarter hour comedy anime, which seems to be a remake of “Comic Party” but with a female lead character and filled with jokes. Doujin Work has a different feeling because it is more about setting up jokes than showcasing the main character. From the opening and closing animations it also appears that Doujin Work will be more of a “cute girl” series. The anime adaptation began airing on the Chiba TV television network in Japan on July 4, 2007. Doujin Work is also a Japanese four-panel comic strip written and illustrated by Japanese manga author Hiroyuki. The story revolves around a young girl named Najimi Osana who is about to make her debut into the doujin creation world with the help of her experienced friends. Aspects of what it is like to be a doujin artist are common themes throughout the story. The manga was first serialized in the Japanese seinen manga magazine Manga Time Kirara Carat on November 28, 2004, published by Houbunsha. Since then, the manga has also been serialized in two other magazines published by the same company named Manga Time Kirara and Manga Time Kirara Forward.
OP
1. “I~jan! Yuujou” ~ MAKI
ED
1. “Yumemiru Otome” ~ Mai Mizuhashi
WEB