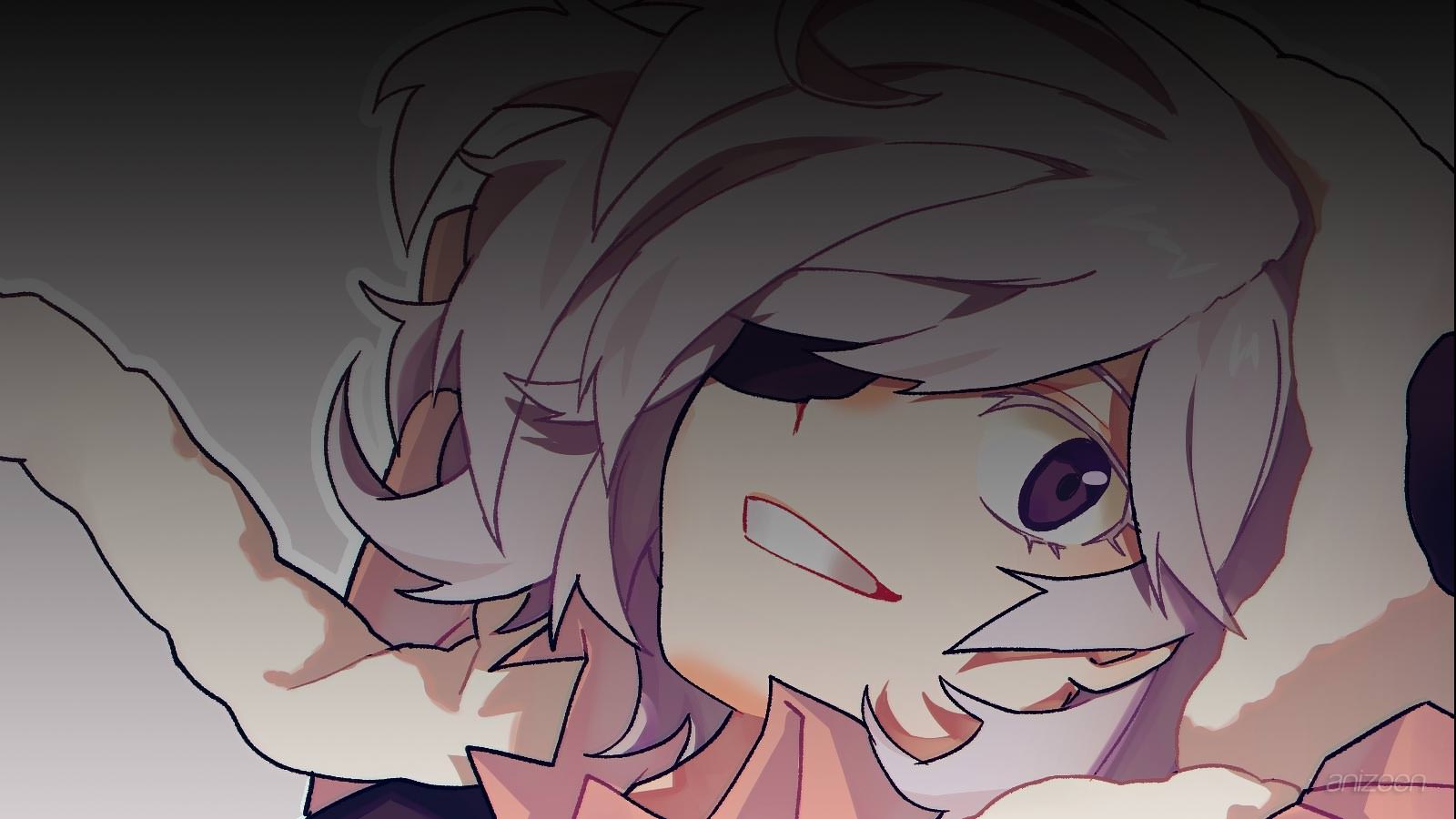 It’s a postwar time and the future Tokyo still bears the scars of war. At the moment, media king Rinroku Kaishou rules the land through politics and the telecommunications industry.

His daughter, Rie Kaishou has to attend a very important meeting with the Kanou family, part of an important trading group. His father is supposed to lead the way, but instead, she has been ordered to go by herself alongside a special agent. At the elevator, she meets a strange couple, Shinjuurou Yuuki and Inga.

Shinjuurou, well known by the police and the government, is a detective, and according to the media, he is a very bad one. Rie recognizes him as ‘The Defeated Detective‘, and at first glance she dislikes him badly.

At the party, there are so many important persons, but the main reason for this gather is to let the world know that Mr. Kendou is not a criminal. And this happens because there has been many rumors that state that the Kendou Gropu has taken money in an inappropriate way.

The party goes just fine but after a while everything turns black, Mr. Kendou says he has something important to say, and he will take some minutes to declare something important. But once he shows into the lights, a knife is stabbed in his back.

The commotion arises while Kendou’s wife approaches the body, the special agents take position and try to identify the murderer. Also, Rie, as the daughter of the recognized Media King tries to incriminate some of the partners of Mr. Kendou.

Meanwhile, Shinjuurou makes a deduction and waits his time before acting. Inga can’t take any longer and runs away as Kendou’s wife shows Rie and Shinjuurou the body of a special agent who has also been killed.

Inga reappears, but this time in the form of a voluptuous woman. In this form, Inga has a special power, she can ask one question, any question, and that person will have to answer, no matter what it is.

With this power, Inga finds out who was the murderer of Mr. Kendou and the special agent. After that, Rie understands that his father is smart, but that doesn’t mean he owns the truth, she repents from talking harsh to Shinjuurou and apologizes.

Shinjuurou Yuuki is a detective, often nicknamed ‘The Defeated Detective’, who has keen insight on mysteries. He was saved from near death by Inga prior to the start of the series. Actually, he is the Last Great Detective, the one who actually uncovered the truth in those cases. However, the public doesn’t know this.

Inga is Shinjuurou’s Boss, who has a very strange personality. While usually appearing in the form of a young boy, he will sometimes take the form of a busty mature woman, which is his true form. In this form, she is able to eat the souls of others by forcing them to honestly answer any single question she asks them. She does this as the result of an agreement with Shinjuurou to not kill anyone.

Kazamori Sasa is a Real Artificial Intelligence program or R.A.I., that can exist in various compatible systems. After being involved in a murder case, he is taken in by Shinjuuro and Inga. He often inhabits one of two bodies, a robot in the shape of a human girl or a small stuffed panda toy.