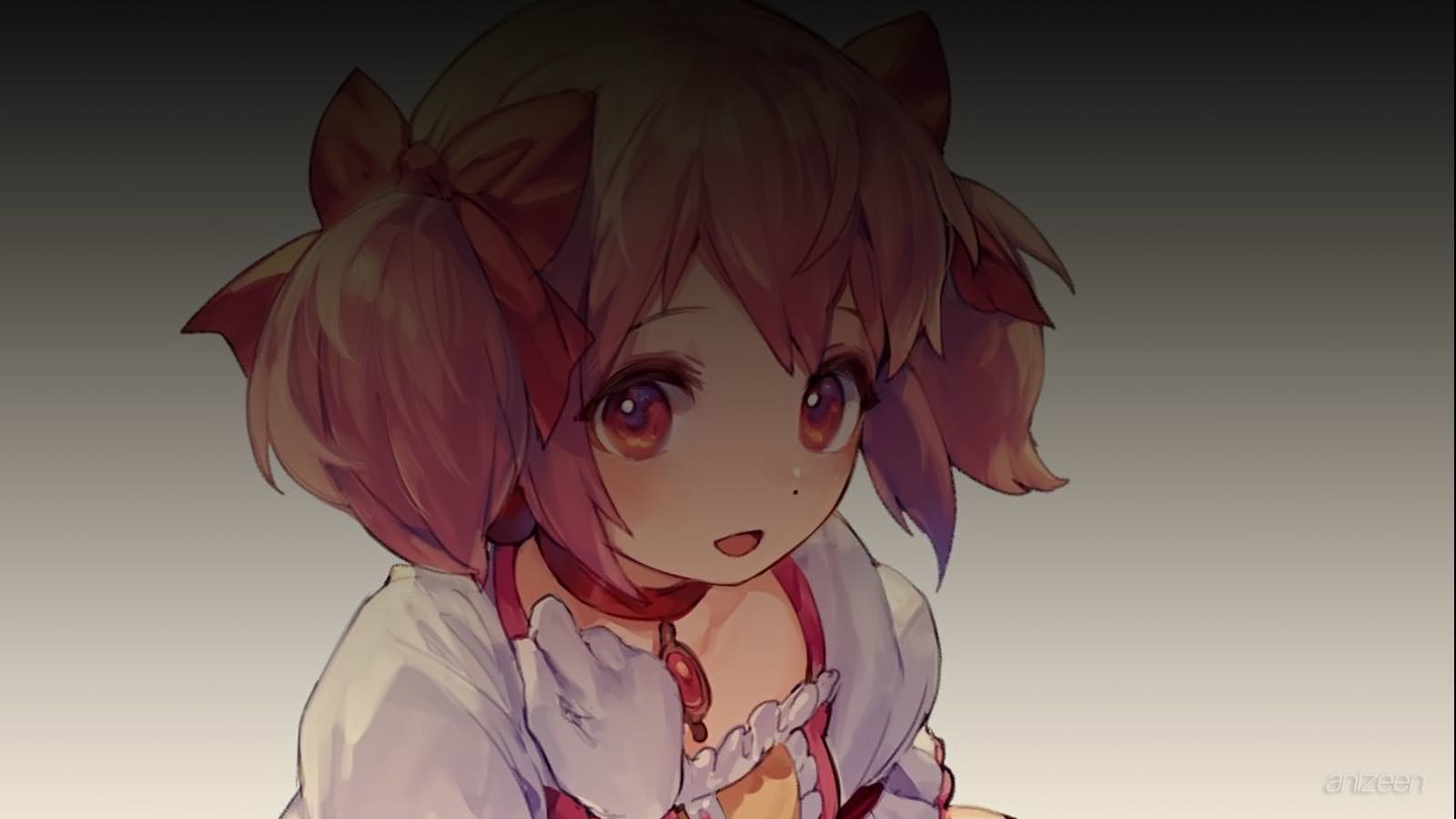 There exist familiars who have the power to grant one wish to a chosen girl. However, that girl must then become a magical girl, or Puella Magi, and fight against witches, evil creatures born from curses that are responsible for murders and suicides.

A schoolgirl named Madoka Kaname had an intense and strange dream, now, the day after a new transfer student named Homura Akemi appears. At first glance she looks like a quiet girl who’s good at just about everything, except she happens to be the same girl from Madoka’s dream.

Madoka has no idea who she is but Homura seems to know a lot about Madoka, so much about her that she takes the opportunity to have a private conversation with Madoka. Homura warns Madoka about losing something special if she decides to ‘change herself’.

After school when Madoka and her best friend, Sayaka Miki, go shopping at the mall. After hearing a strange voice calling out for help, Madoka and Sayaka rush, and somehow they managed to rescue a familiar, a little creature, named Kyubey, who was also in Madoka’s dream, and now is being attacked by Homura.

Madoka and Sayaka are approached by Kyubey with an offer to become magical girls. But Homura tries to prevent Madoka from making such a deal.

Madoka Kaname is a 14-year-old girl whose life changes when she encounters the Puella Magi Homura and the familiar Kyubey, who offers to transform her into a Puella Magi herself. She sees herself as a person without special qualities or talents, and after seeing Mami fighting against witches, wants to be a wonderful and cool Puella Magi like her. Kyubey, Mami and Homura have noted that she has a large amount of magical potential within her. Became confused about becoming a Puella Magi after Mami’s death in battle.

Homura Akemi is a Puella Magi who appears in Madoka’s dream, and transfers into her school the day after the dream. A beautiful yet mysterious individual who performs exceptionally well in school, be it academically or athletically, making her popular at school despite her awkward personality. It is unknown who she is contracted to, with Kyubey identifying her as an irregular. Having seen many other Puella Magis die in her lifetime, she tries to keep other girls from making contracts, particularly Madoka who she seems to know well before their meeting.

Sayaka Miki is Madoka’s classmate who, after helping Madoka rescue Kyubey, ends up getting an offer to become a Puella Magi herself. She cares deeply for her friends, and wants to help an ill boy named Kyousuke Kamijou who inspired her when she was younger and has a crush on. She becomes a Puella Magi after using her wish to cure Kyousuke’s hand, which was damaged in an accident which robbed him of his ability to play the violin.

Mami Tomoe is a Puella Magi contracted to Kyubey and a third year student at Madoka’s school. She has the ability to produce a near-infinite amount of Flintlock Rifles, can use ribbons to suspend her enemies and can also heal as seen from her healing Kyubey. Due to being in a car accident at the time Kyubey approached her, she was forced to use her wish to save herself.

Kyubey is a familiar who can grant any wish to a certain girl, on the condition that they become a Puella Magi and fight against witches. He has so far made contracts with Mami, Kyouko and Sayaka. As a magical creature, he can only be seen or heard by Puella Magis and those with magical potential.