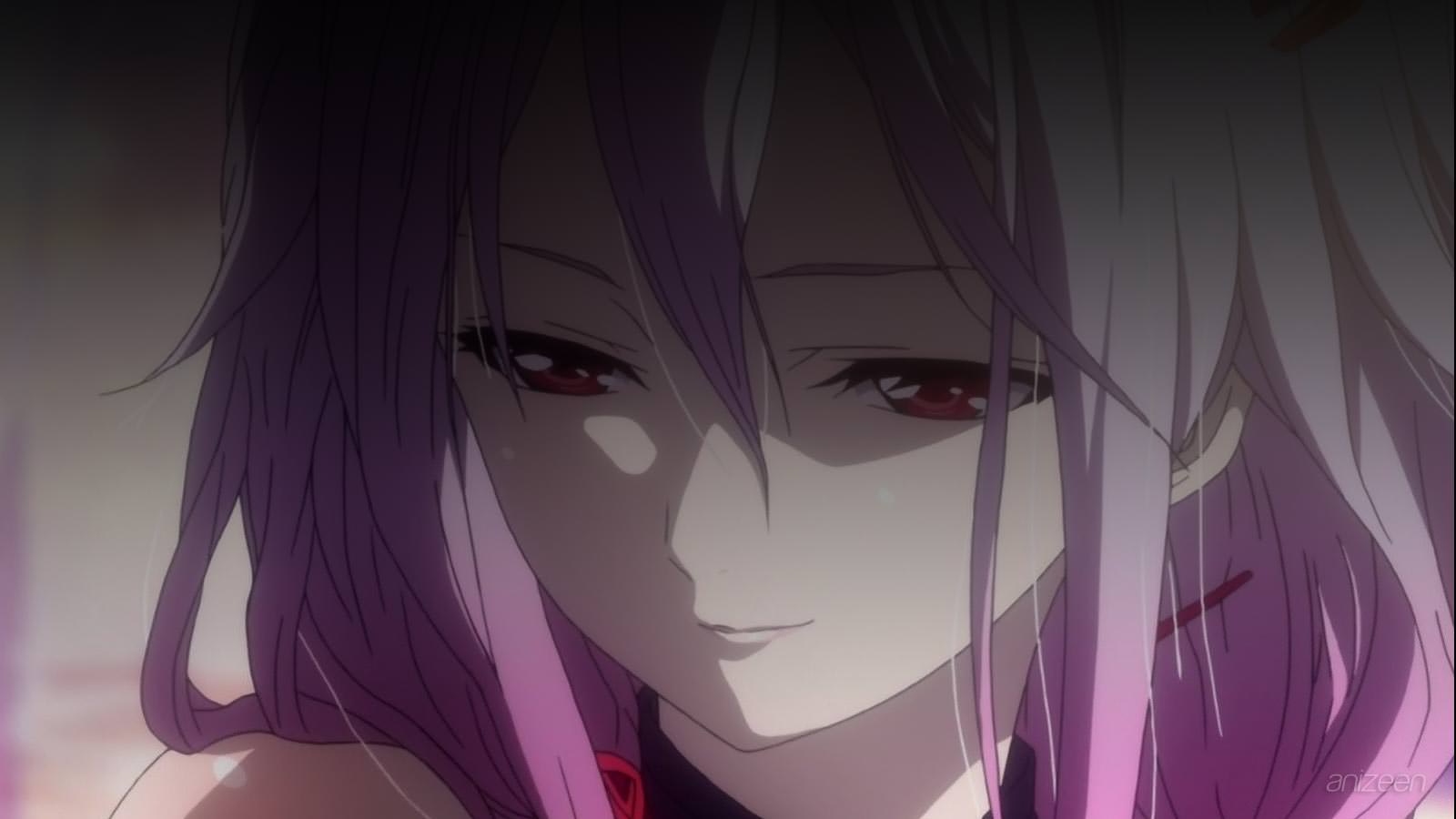 After the outbreak of the unidentified virus “Lost Christmas” in 2029, Japan has been under the control of a multinational organization called GHQ.

Now it is 2039, and many things have changed in the world. Shu Ouma is a high school student, he tries to get along with everyone around him, but sometimes, he simply has nothing to say. Maybe that’s why his peers think he is strange.

Last night there was a terrorist attack in the city, after the ‘Apocalypse Virus‘, Japan operates as an independent sovereignty, and the multination group called GHQ is struggling to keep the nation united.

Shu is always thinking about this, and somehow, he thinks he could do something to help. But he is just a student and he doesn’t have a path to follow.

One day, after school is over, Shu returns to work on a video project for his class. He finds a girl singing, she is Inori Yuzuriha, vocalist of the Egoist band. But also, she is part of the guerrilla group called ‘Funeral Parlor’ -Undertaker-.

Inori is hurt and as she sees Shu, tries to defend herself from him. Shu is surprised that the vocalist of a band is hurt and sit in his place. But Inori doesn’t talk too much, and before they can share some words, special agents brutally take Inori with them.

Shu is disappointed that he is a coward; he thinks it’s pathetic to feel relieved now that everyone is gone. But Inori left a little robot with something inside, this package must be delivered to Gai Tsutsugami, the leader of the guerrilla group.

Shu thinks this is a good chance to change his life and goes in search of Gai. It seems that Inori has stolen a ‘Void’, and object with special properties that are considered to be a mortal virus. GHQ wants it back and begins to destroy the town where the virus is supposed to be.

Shu meets Gai, who entrusts him to protect the Void. Then Shu finds Inori and both of them interact with the Void, creating a weapon that allows Shu to fight back the GHQ.

Shu Ouma is an awkward, yet highly perceptive and intelligent second year high school student, he is a member of the modern image and video research club. Due to a chance encounter, his right arm gains the “power of kings” that allows him to extract “Voids” (objects with special properties that reflect the personality of their owners) from individuals 17 years old or younger. Inori becomes Shu’s partner and slowly but gradually he begins to gain confidence and falls in love with her as well as remembering bits and pieces of his past.

Inori Yuzuriha is the stoic vocalist of the group Egoist. She is also a member of the “Funeral Parlor” resistance group and her Void is a huge sword. She becomes Shu’s partner and slowly but gradually begins to show different types of emotions, eventually falling in love with him.

Gai Tsutsugami is the resourceful and charismatic leader of the “Funeral Parlor” resistance group. He hopes to push the revolution to success with the help of Shu’s “power of kings”. He has the power to see people’s Voids and his own Void is a gun that able to release other people’s Voids. When he was young, Gai was saved by Shu and Mana at a beach, they quickly became best friends and spent a summer together.