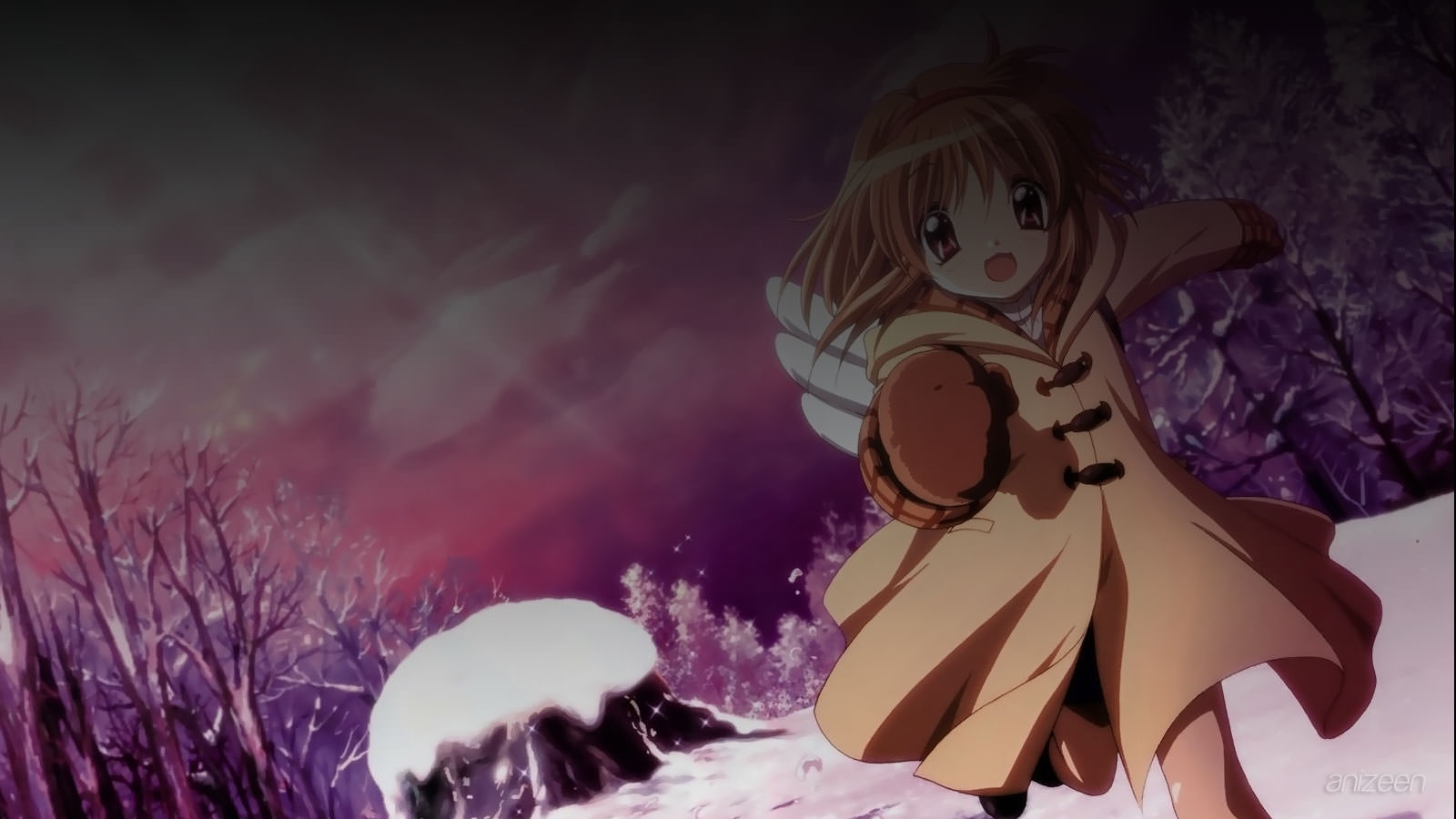 Kanon revolves around a group of girls in the middle of winter who all share the common ground of being in some way connected back to the main protagonist, Yuuichi Aizawa, who had visited the city where the story takes place seven years ago. Yuuichi doesn’t have a very strong connection with this city and the people that reside within, or so he thought.

When he finally returns, it is decided that he is to live with his cousin Nayuki Minase and her mother Akiko Minase. However, after being gone for some long, Yuuichi has forgotten all but a few details of what happened seven years before and is in need of being reminded of all that he left behind seven years previous.

The day after he returns, Nayuki is out with Yuuichi showing him around town and remembers that she has to buy things for their dinner tonight, though Yuuichi is reluctant to go in with her, giving the reason that he’s worried of getting lost. Moments after Nayuki leaves him out on the sidewalk to wait, a strange girl named Ayu Tsukimiya barges into him with almost no warning.

Upon recovering, she drags him away to a local café and confesses to inadvertantly stealing some taiyaki after being accidentally scared away by the salesman before she had a chance to pay. It is now Yuuichi’s turn to drag Ayu back to the salesman and they both apologize for the trouble, and Ayu is forgiven.

Ultimately, they decide to meet up again another day, and Ayu scampers off.

Yuuichi Aizawa is the main protagonist of Kanon. He is friendly and outgoing, and though as nice as of a person he is, he has yet to learn the sensitivity of women. He constantly teases the main cast of girls throughout the story which varies in severity depending on the girl.
More at: Wiki

Ayu Tsukimiya is a lively seventeen-year-old girl. She is trying to find something she lost, but she cannot remember what it is. Her favorite food is taiyaki. She can be a bit of an airhead, and despite looking younger than her age, she is actually the same age as Yuuichi.

Nayuki Minase is Yuuichi’s cousin, with whom he moves in with at the beginning of the story. She has always been in love with him -in Japan, the marriages between first cousins are legal- and must learn how to deal with these feelings, especially with the threat that he may fall for one of the other girls. She adores strawberry sundaes, but the mere mention of her mother’s “special” homemade jam makes her sick.

Makoto Sawatari is a young girl who attacked Yuuichi suddenly in the middle of town early on in the story, though so weakly he was able to defeat her by simply extending his arm out. She is carried back to Yuuichi and Nayuki Minase’s house where she lives as a guest for the remainder of her story.

Shiori Misaka is a first-year student who has suffered from an illness since birth. Her affliction has caused her to become very physically weak, and is almost always absent from school because of it.

Mai Kawasumi is a third-year student of the same high school that Yuichi goes to. He met her standing alone in the school building at night, with a sword in her hand. She apparently takes it upon herself to fight and defeat demons at night while the school is deserted. Due to this, she is constantly blamed for accidents because she never denies them, being too sincere to say anything and knowing that no one will believe that there are demons in the school.

Kanon
(カノン)
Is a Japanese visual novel developed by Key and released on June 4, 1999. The original version, made for the PC, was rated 18 or older by Japan’s Ethics Organization of Computer Software, but an all ages version was released on in January 2000. Subsequent general-audience versions were produced for the Dreamcast, PlayStation 2, and PlayStation Portable. Later, the Kanon Standard Edition was released for the PC, playable as a DVD-ROM in adult and all-ages versions. Kanon has made several transitions to other media. There are two anime adaptations, the first being a thirteen episode TV series that first aired on January 30, 2002; this version includes a one episode OVA, Kazahana, released on May 3, 2003. Both the original anime adaptation and the OVA were produced by the animation studio Toei Animation. The second anime, Kanon 2006, adaptation, created by Kyoto Animation, it start airing in Japan on October 5, 2006, and it will contain twenty-four episodes.
OP
S1. “Last regrets” ~ Ayana
ED
S1. “Kaze no Tadori Tsuku Basho” ~ Ayana
WEB