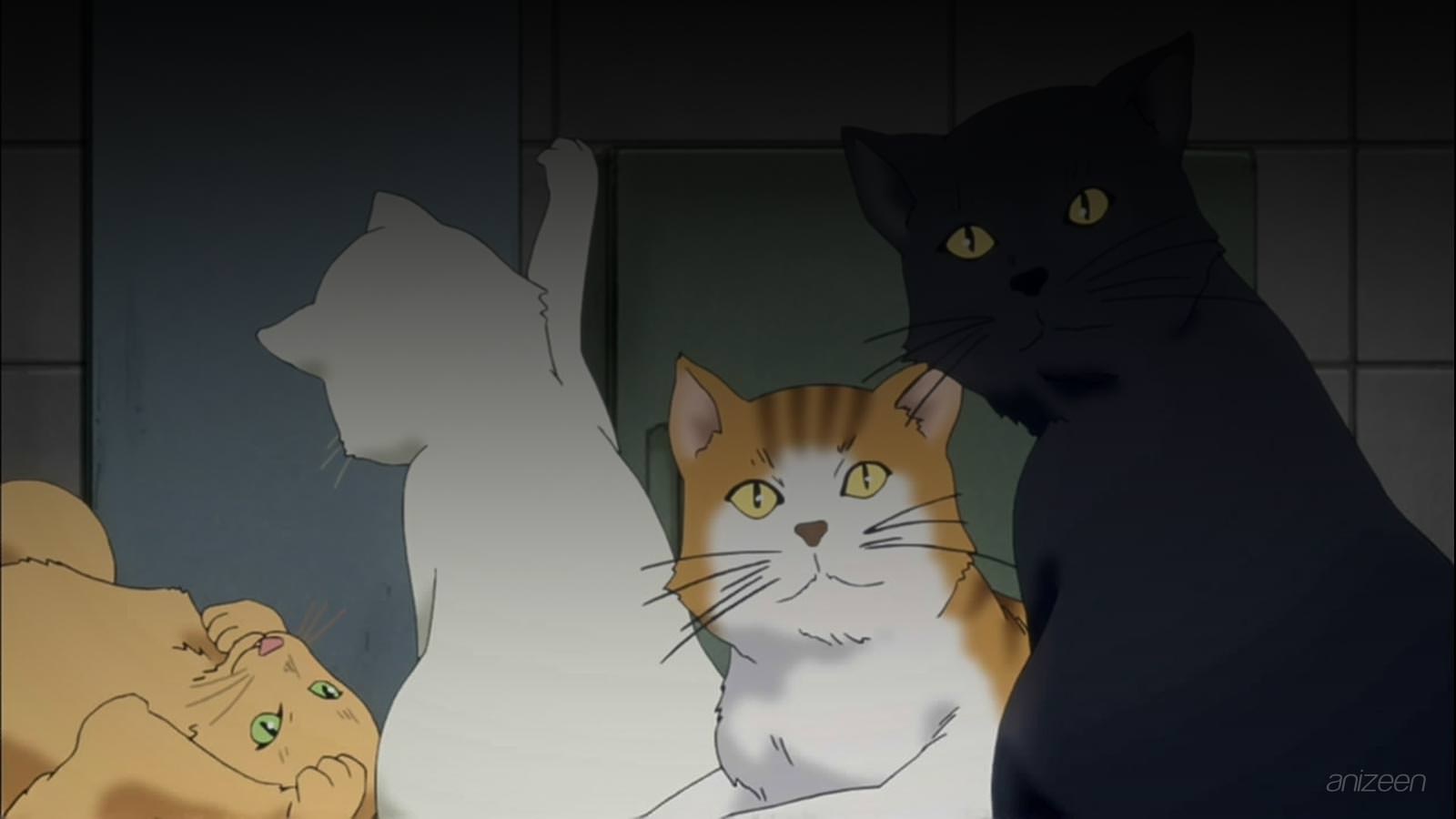 The spring has come, and four childhood friends are ready to start their high school life at Homare. Shun Matsuoka is staring at the falling cherry blossoms, the smart Kaname Tsukahara arrives and twins Yuta and Yuki Asaba also stare into the flowers falling.

School has begun, and Kaname seems to be always in a bad mood. To make things worse, Yuta and Yuki makes fun of him and tell him he needs to get his daily calcium intake or else he will be grumpy all the time.

In contrast, Shun, a very gentle guy, is always in the middle, trying to stop Kaname from being mad. The group itself is quite peculiar, Kaname and Yuki doesn’t really get along. Yuki is known to be a lone-wolf who never answers his peers during class time and Yuta doesn’t care as long as he doesn’t hurt anyone.

Meanwhile, Kaname is a born leader, and would like Yuki to be more open. Of course, his words don’t resonate in Yuki’s mind; instead, he begins making mock of Kaname, who had feeling for one of his preschool teachers.

Still, Kaname asks Yuki to join a club, so that he can get what his high school life is missing: passion. Yuki is quite athletic, so they start taking a look at every sports club at school.

For some reason, Yuki is not thrilled and Kaname is only getting madder than before. That’s when a teacher suggests that maybe Yuki should try something different. Yuki loves anime and manga, so, he decides to join the Manga Society.

Just like this; and even they are not necessarily good or bad friends, they continue to hang out well into high school. Sometime later, a half-Japanese transfer student named Chizuru Tachibana will join the circle of friends and fill it with comedy about the everyday life of a high school student.

Yuuta Asaba is the elder twin brother of Asaba twins who studies at Homare High School. His differentiating feature from his younger brother is his centre divided bangs, as well as wearing the usual school uniform in the winter. Yuuta and his brother are identical and both are popular among girls. However, Yuuki was more popular during Elementary School. Yuuta expresses himself more than his younger twin. He is more mature than Yuuki and the others, and though he rarely voices his entire thought process, he is very observant.

Yuuki Asaba is the younger twin brother who also studies at the same school as Yuuta. His bangs are down. Same as his brother Yuuta, he enjoys annoying Kaname with their constantly dry remarks. He has a hobby of reading manga and anime magazines; his favourite magazine is “Animeja”. He is talented in many things, like cooking, Basketball and Judo, but he doesn’t particularly enjoy any of them, only putting effort into things if there’s something in it for him. He constantly makes trouble with his indifferent personality.

Shun Matsuoka has long hair, as well as feminine hobbies and speech patterns, which resulted in many people mistaking him for a girl. Shun likes to use keigo and he is usually the one who tries to calm down situations. He cried often as a young child. Despite his otome-like nature, he is quite slow in things like love. He has two older sisters and one younger brother.

Kaname Tsukahara is the ‘glasses’ guy of the group. He is the top of the class, a Student Council member, and the Class Representative of their class. He is in the same class as Yuuki and Chizuru. He is the wealthiest among his friends as often pointed out by Yuuta and Yuuki. He has a short temper and often gets mad by his friends’ foolish actions.

Chizuru Tachibana is a half-Japanese transfer student from Germany. For a half foreigner, he is quite short and has a complex about his height. He is noisy, cheerful and a bit of an idiot. He also made nicknames for the boys and Masaki. With Yuuki, Chizuru often makes Kaname mad and usually ends up getting hit by him. Some years ago he came to Japan for a short time and met Yuuki at a park.

Kimi to Boku.
(君と僕。)
Is a Japanese manga series written and illustrated by Kiichi Hotta about four teens who grew up together and a transfer. An anime adaptation series by J.C. Staff began airin on October 4, 2011.
OP
1. “ByeBye” ~ 7!!
ED
1. “Nakimushi.” ~ Miku Sawai
WEB