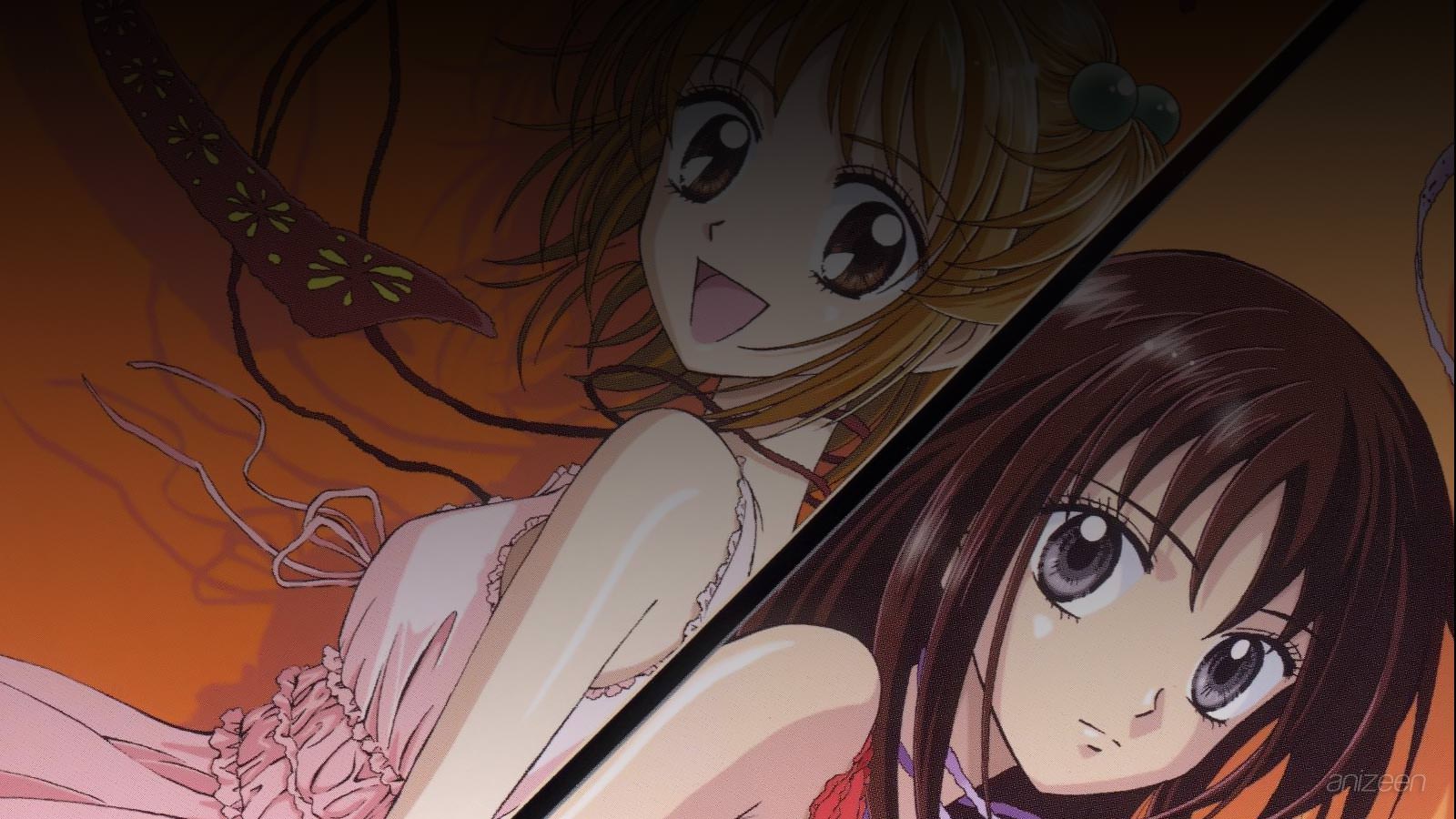 Ayu Tateishi is a model student, she claims to be centered, and does not believe in any kind of magic nor miracle. Until one day, when she meets a self-proclaimed witch named Nina Sakura.

At school, Nina has transferred, and has become really close to Ayu. Every day, as they arrive to school, Ayu stares at Tetsushi Kaji, considered as the school idol. She has a crush on him, but will not tell him, no matter what happens, she prefers them to stay as friends.

However, Nina thinks different, and does not hesitate to use her magic to help her best friend. Unfortunately, Nina is not exactly a master using magic, she needs a personal computer to help her, and even with this aide, she usually messes up everything.

In addition, today is not different, she creates a magical candy, and she pretends to give it to Tetsushi. If he eats it, he will become immediately attracted to Ayu. However, everything goes wrong once Hiroki Tsujiai, his best friend eats the sweet.

After that, he cannot stop his urgency to ask Ayu out, she is startled, but once she sees Nina’s reaction, she understands something is wrong.

In order to avoid Hiroki, Ayu asks Nina for a solution, but the little witch does not have one at hand. Once again, she uses her magic and creates a magical ring; Ayu wears it immediately, without knowing the consequences.

The ring is supposed to prevent male students to get near Ayu, however, once she touches Hiroki, he receives an incredible electric shock.

In the meantime, another student, Jun Kawanakajima, accidentally sees Nina in action. Now he is determined to prove she is a witch.

In addition, once he confront both girls, Ayu decides to give him an electric shock and run away.

Ayu decides to go home; instead, he ends up bumping with Tetsushi and the chaos continues. At the infirmary room, they must rest sometime, but Ayu cannot stop and stares at Tetsushi sleep the whole time.

At that moment, Hiroki appears to take his friend back to class. Ayu is embarrassed, fortunately for her, Hiroki is a kind person, and will not tell his friend about Ayu’s feelings.

Ultra Maniac
(ウルトラマニアック)
A manga series written by Wataru Yoshizumi. It premiered in Shueisha’s Ribon manga magazine in February 2001 and ran until January 2004. The series was first adapted into a 20-minute anime OVA, released August 6, 2002. Later, it was also adapted into a 26-episode anime series, by Ashi Productions and Animax. It premiered on May 20, 2003.
OP
1. “Kagami no Naka” ~ can/goo
ED
1. “Hitotsu=Unmei Kyoudoutai” ~ can/goo
WEB