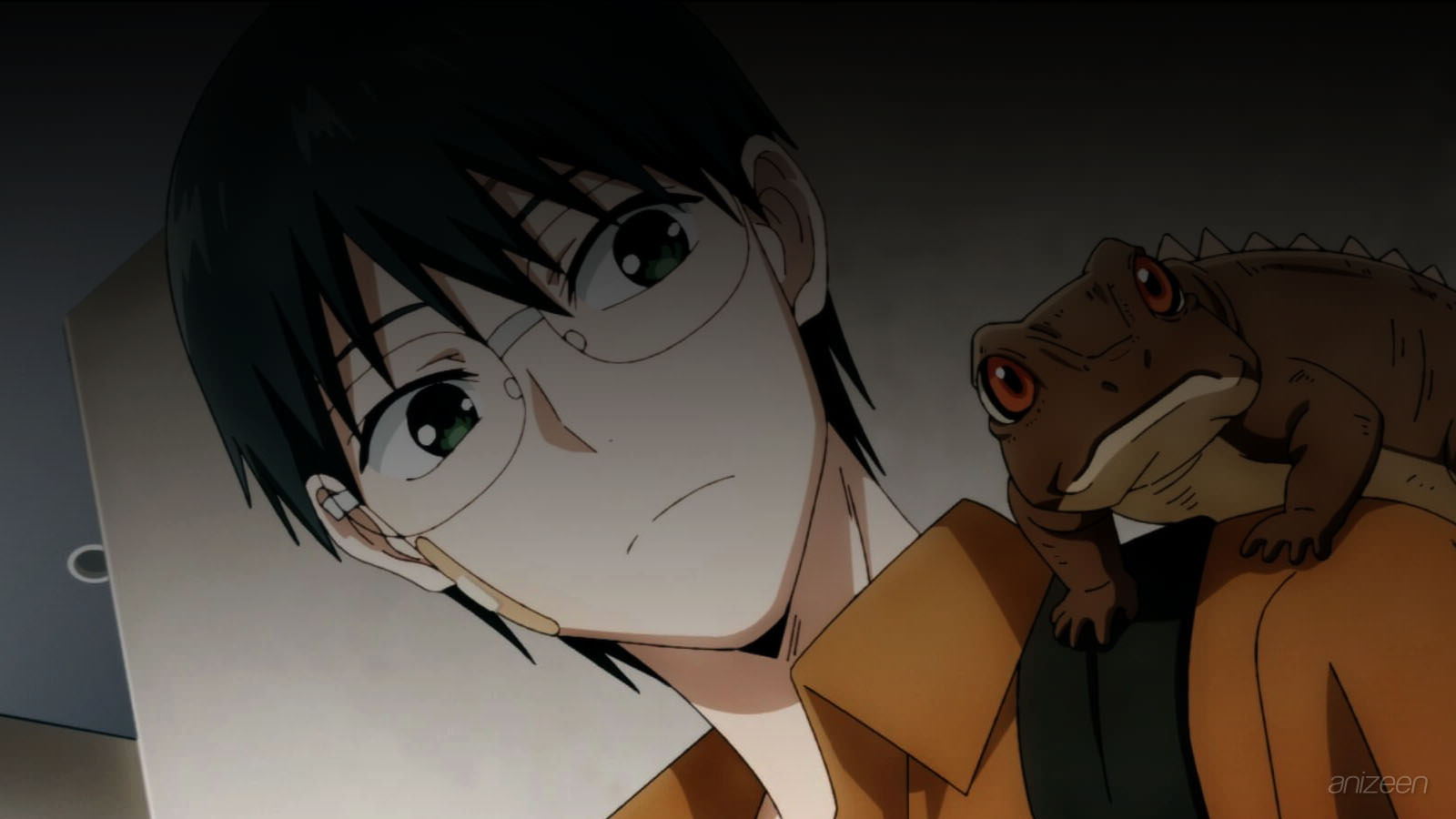 Yuuhi is your average college student, at least until the day he wakes up and finds a lizard in his bed.

While he wonders why the animal is in his room, the lizard starts talking to him and tells him that he is a knight, in charge of giving security to a princess.

Yuuhi doesn’t wait another minute, he opens the door to the balcony in his apartment and throws the creature out of the room, however, the lizard immediately reappears and begins to complain.

Again, the young man takes the lizard and throws it out of his room, at that moment, we see his neighbor, Samidare, observing him and offering him a greeting.

Yuuhi decides to leave the apartment and attend classes, after all, he has a report to write and can’t waste any more time with fairy tales.

Along the way, Yuuhi is surprised again by Noi Crezant, the lizard, who tells him that he should start accepting his fate and worrying about saving the world. In that instant, Yuuhi loses concentration and falls off the bike.

But before anything else happens, they must find the princess and get her safe from any danger.

After his class ends, Hisame, a young teacher asks Yuuhi what happened to him, and why he is hurt.

Yuuhi tells her what really happened to him, noting that her teacher can’t see the lizard he has on his shoulder.

Yuuhi continues to hesitate, and thinks it’s a good idea to see a psychologist. Noi tells him to see his hand, on which a ring has appeared.

Noi asks him to concentrate and that with some practice he will be able to manifest his power, for some reason, Yuuhi has no major problems and begins to control a ball of energy.

Later, Noi tries once again to convince Yuuhi to accept the facts and help him search for the princess, but he still refuses and goes out shopping.

On his way, Noi feels the presence of an enemy, and even Yuuhi senses that something wants to attack him without mercy.

Noi tells him to run, that his life is in danger and Yuuhi does so, while he tries to avoid whoever is chasing him.

Cornered, Yuuhi thinks that his life is over, but suddenly his neighbor Samidare appears, and with a single blow ends the monster.

Noi is excited to see that the girl is his princess, in whom a powerful spirit resides, and seems to be safe.

Despite what happened, Yuuhi does not want to get involved, meanwhile, Noi says that they need to find the rest of the knights.

Days later, Samidare visits Yuuhi and asks him to accompany her to the roof of the building, where she asks him to look up at the sky so that he can see the danger that lies in wait for the entire world.

Suddenly, Yuuhi sees a large hammer, created by an evil sorcerer, which must be destroyed before it’s too late.

Samidare tells Yuuhi that she trusts him, and that she is sure that with him by her side she will be able to destroy any threat.

And after showing him her unquestionable faith in Yuuhi, he agrees to accompany her on her adventure.