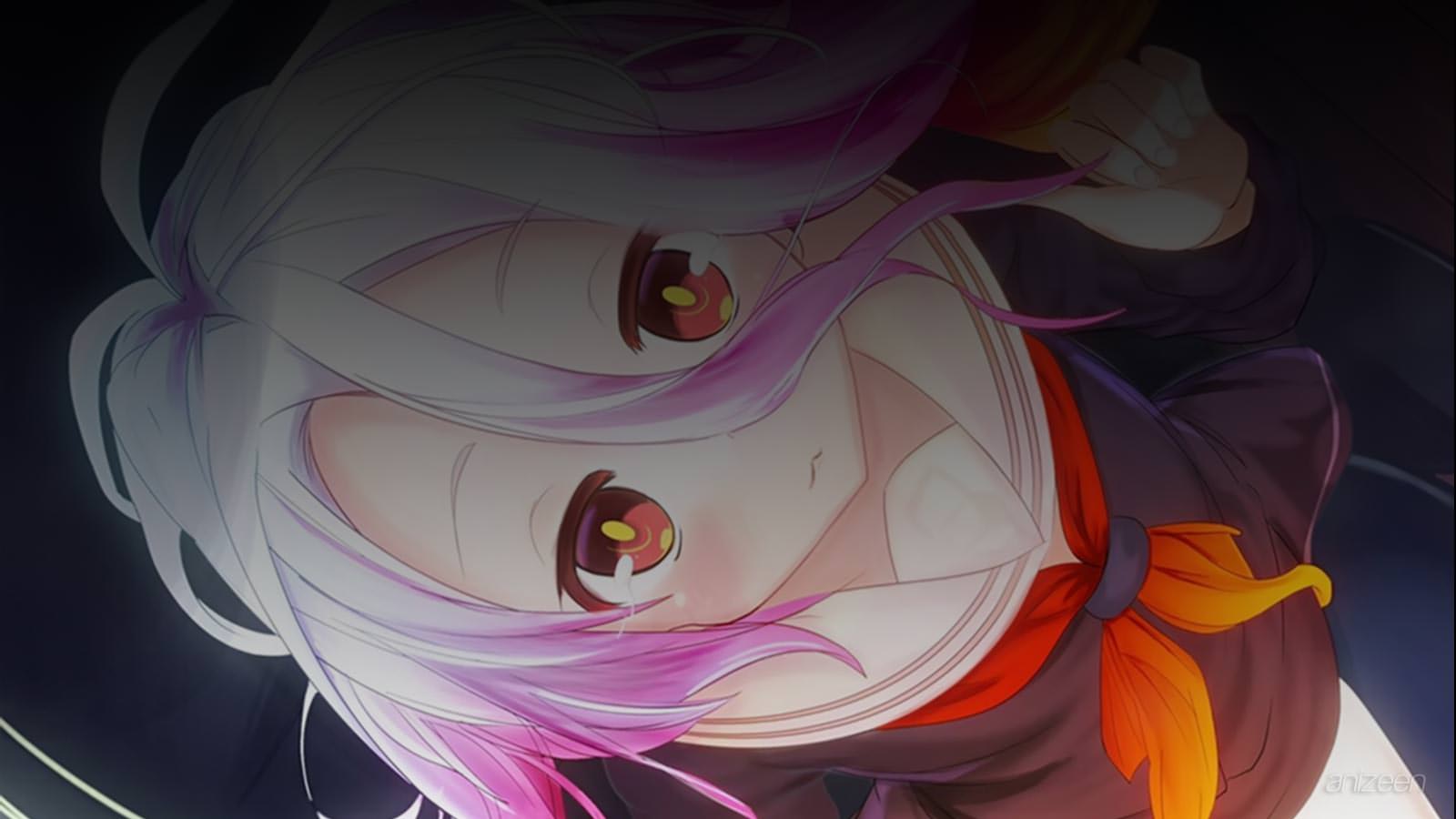 In the online community, there are legends about an invincible team, they seem to be everywhere and cannot be defeated. Some think they are cheaters, but other think they are amazing.

Actually, the unbeatable team is a couple of siblings. Sora and Shiro are bad dealing with the real world, but online, while playing, they feel relieved.

Sora is 18 years old, he is obsessed with games, and thus, he has never had a girlfriend. On the other hand is Shiro, an 11-year-old intellectual genius who never attends school and has bad communication abilities.

One day, someone is able to reach them. Sora is intrigued; after all, they never add a tag or user to their playing parties. He decides to play a game with his new friend, and end up playing a chess match.

Shiro is an expert, and able to defeat this person. After that, they receive a new message asking a question. If you could live in a world where everything is decided by a “simple game”, would you choose to live in that world?

Sora knows that they are not suited for the real world, and says they like the idea. After that, their room begins to collapse around them.

Suddenly, brother and sister are falling down from a distant and strange sky. Tet, a kid, shows up in front of them, and proudly introduces his world.

Not only that, he begins to recite the rules that command this game, if they are interested, they will find a purpose for their visit.

Sora understands immediately the reason behind Tet’s invitation, and begins to play the game. He writes down the rules of the game and begin to test them, and most important, the boundaries.

As they approach a town, they find out there is no king in this land, and that a game is set to decide the next ruler.

At the inn, they witness how other persons play cards, and how they cheat using some kind of magic.

Sora decides to tell a gamer about it, unfortunately, she is Stephanie Dola, a clumsy girl, with no idea about the way to play a game, or how to hide her emotions while doing it.

Later that night, Stephanie shows up in Sora and Shiro’s room. She has lost everything, including her clothes. She insists to have an explanation, if he knew her opponent was cheating, why did he go away.

She is de granddaughter of the late king of Eika, the only land where humans inhabit. In addition, she wants to do something for her land, and the people. That was her reason to play the game.

After that, Sora makes a quick proposal to her, they need a place to live in, and she needs someone capable to teach her a lesson or two.

No Game No Life
(ノーゲーム・ノーライフ)
A light novel series by Yuu Kamiya. The author and his wife, Mashiro Hiiragi, adapted the novels into a manga series for Monthly Comic Alive in 2013. An anime adaptation by Madhouse began on April 9, 2014. A movie was released in the 2017 Summer season.
OP
S1. “This game” ~ Konomi Suzuki; “Onegai Snyaiper” ~ Miyuki Sawashiro
ED
S1. “Oración” ~ Ai Kayano
WEB