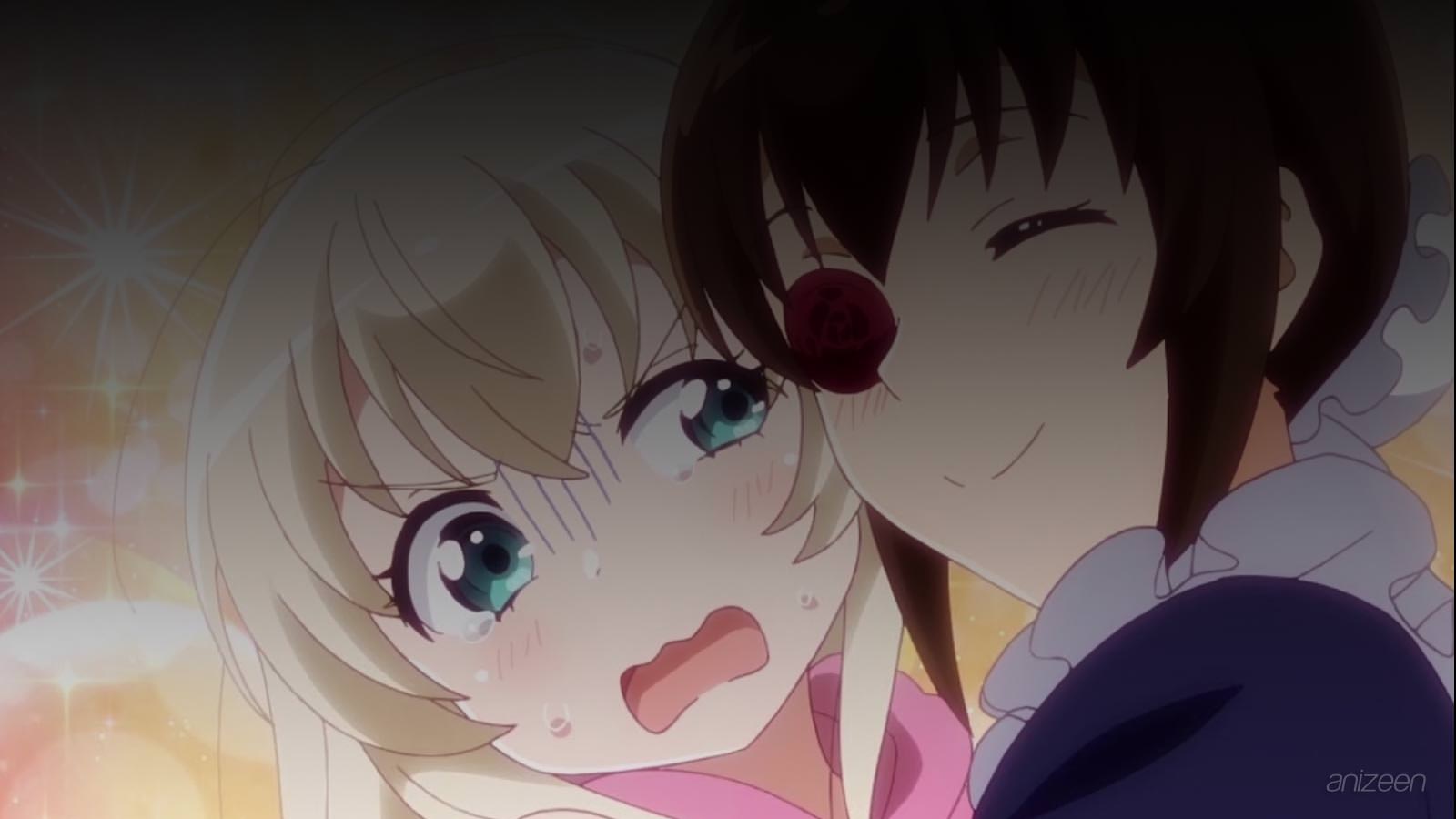 Tsubame Kamoi, is a former JSDF pilot, and she has decide to look for her happy place, one where she can dress a beautiful girls with the clothes she designs.

Months before, she witnessed a gorgeous Russian girl and her mother play in the garden of their home. Today, she finds the same garden unattended, and a curious sign in front, asking for a strong and tenacious maid. Tsubame is ecstatic, however, before applying to the job, she has to verify a young girl will become her master.

Without hesitation, and effortless, she climbs a pole to see inside the house. In one of the rooms, Tsubame surprises Kumagorou, a ferret, the little mammal draws attention from Misha Takanashi, and Tsubame scares her enough to ask for help from her stepfather Yasuhiro Takanashi.

After his wife passed away, he has had a difficult time raising Misha, she is rude and aggressive against maids and babysitters. In addition, he has a busy schedule at work.

Tsubame is certain she can have fun in this job, and applies immediately, as Yasuhiro tries to warn her about Misha’s behavior, the little girl fills a bucket with mud and pours its content in Tsubame’s head.

Misha thinks she is in control, however, Tsubame says she is not bothered. After all, that amount of mud is nothing compared to her training experience as a JSDF officer.

Yasuhiro is thrilled, and Misha is about to freak out, she has lost for the first time and now, she is covered with mud. Unwillingly, Misha takes a bath with Tsubame and shows her a six-pack abs and a strong muscled body.

Tsubame is hired, and will do everything to gain Misha’s confidence, but it will not be easy, the girl had an emotional breakdown when her mother died, she has no friends, and is unable to open her emotions to Yasuhiro.