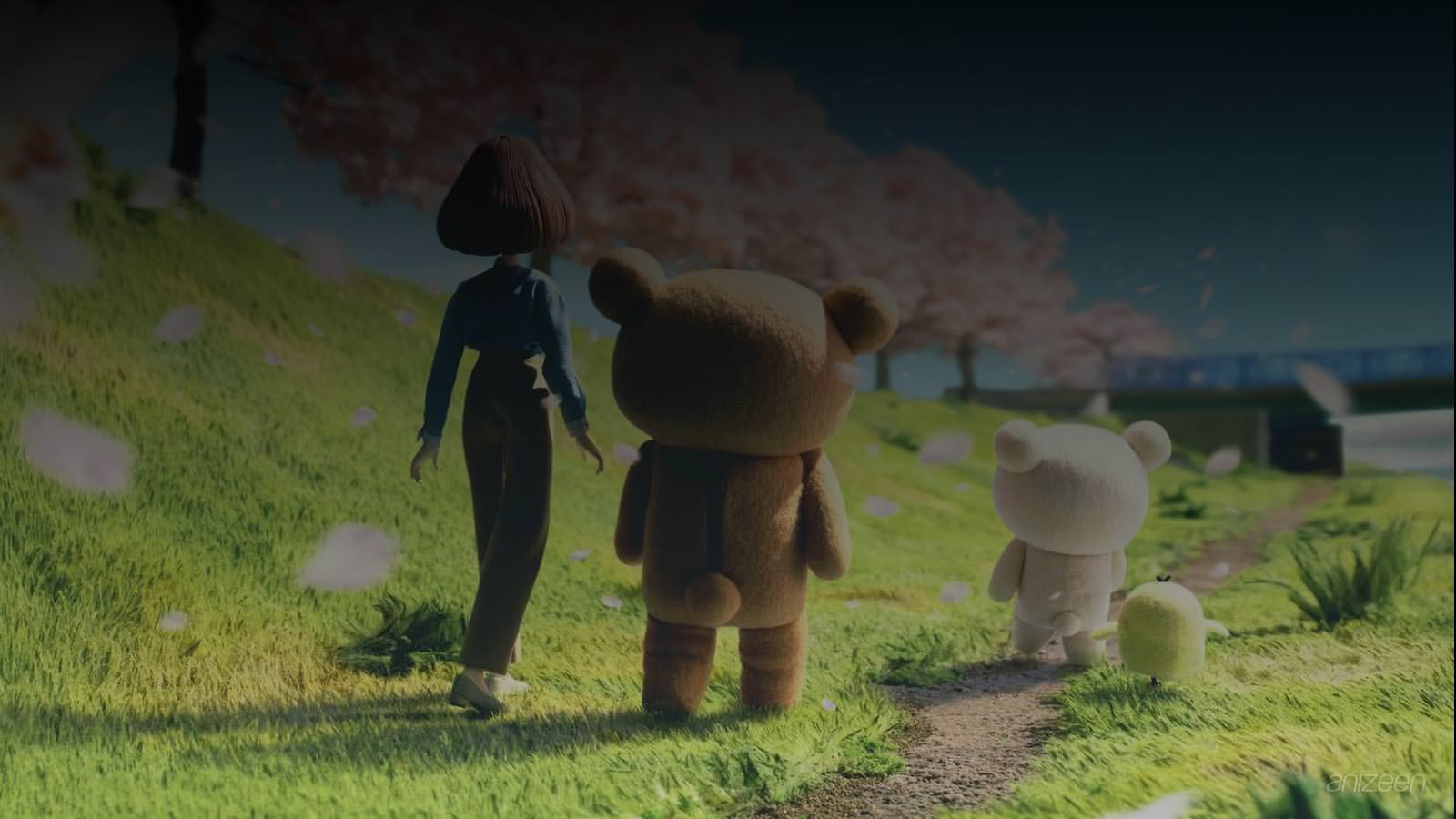 One day, Rilakkuma showed in front of Kaoru’s home, and decided to live there. Kaoru is an office worker who lives alongside Kiiroitori, a yellow chicken. Later, Korilakkuma, one of Rilakkuma¿s friends join, and together, they become an odd family.

After a while, we can see a hard working Kiiroitori helping Kaoru with the home chores, who is excited, today, she can get a well-deserved promotion at work, unfortunately for her, the company halts promotions, and they even cut the employees’ salaries.

Instead of worrying, Kaoru receives a message from an old college friend, it is April, and they use to gather to catch on and watch the cheery trees bloom. She is worried that her friends will not come; some are married, with children, or simply busy at work.

Finally, the date has come, and Kaoru prepares a real feast for her friends, Rilakkuma, Korilakkuma and Kiiroitori do not clearly understand, but once they see such a nice lunch, they try to have a bite, or two. Kaoru tries to explain them the reason and tells them to prepare some of their favorite pancakes.

Kaoru arrives early and finds a great spot to enjoy, however, after a while each one of her friends cancel the meeting, leaving her alone, reflecting on her life. She gets depressed and starts drinking.

At home, Rilakkuma prepares pancakes; however, they do not seem to enjoy them without Kaoru, who comes late that evening carrying her lunch completely untouched. She tells Rilakkuma, Korilakkuma and Kiiroitori to eat it; instead, they force Kaoru to go back to the park.

Finally, after a long day, Kaoru enjoys the cherry blossoms’ spectacle and her bento with her friends.