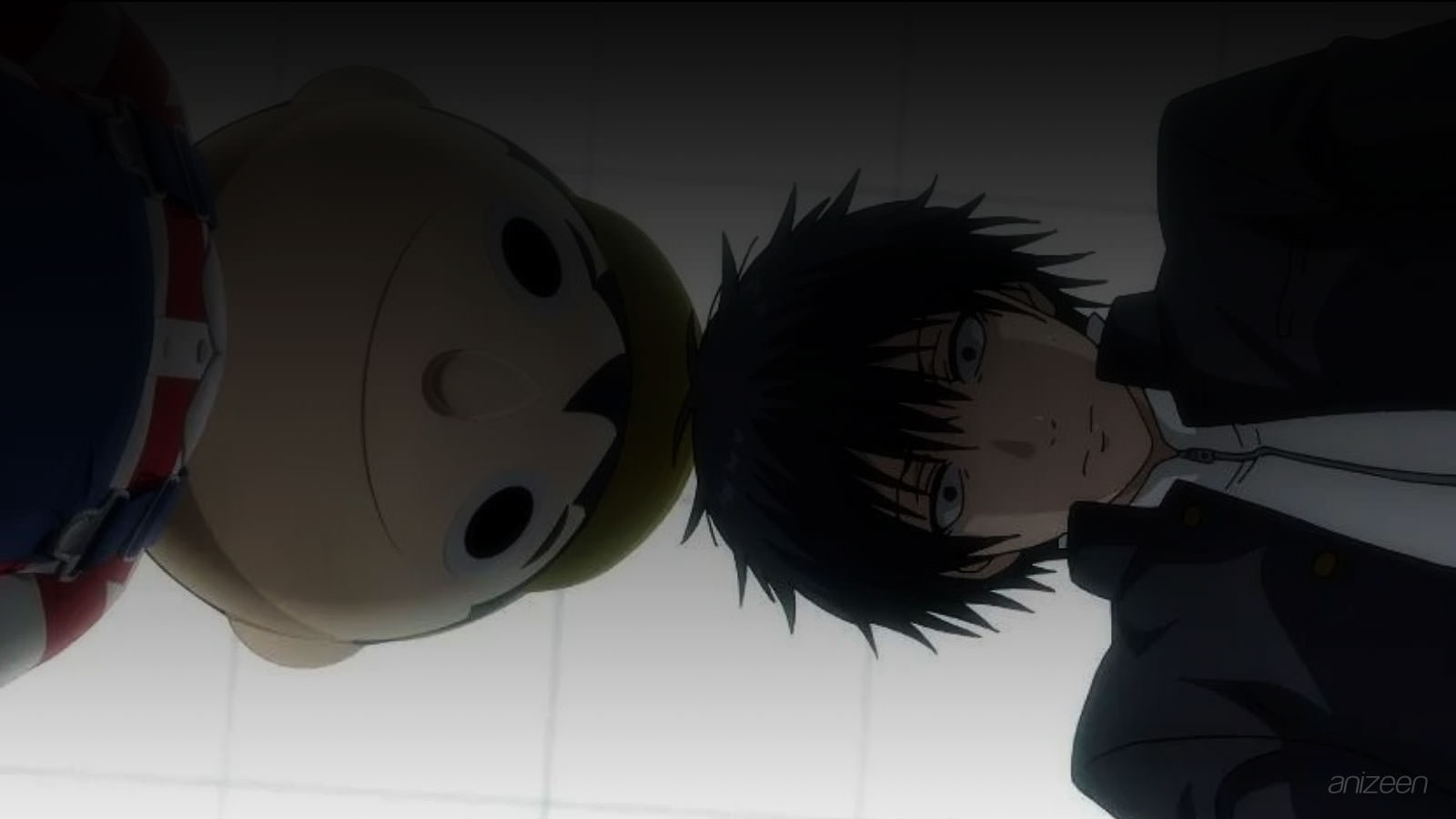 Despite growing up in a family with limited resources, Yuuichi has learned to value his life, and especially his friends.

In his childhood, he received two pieces of advice that remain with him to this day, one about the value of money and one about his true friends.

And thanks to him finding good friends, Yuuichi feels lucky and lives each day to the fullest.

Now, it’s time for him to work hard and save up to pay for his traditional high school trip, so Yuuichi has been working extra shifts to pay for it.

At last, he has completed his goal, and Tenji, Shijo, Makoto, and Yutori acknowledge him and sincerely congratulate him. For Yuuichi, those words are a reward and he is happy to be able to share the trip with them.

However, before they can celebrate, tragedy strikes. The money to pay for the travel has been stolen from Shijo’s locker, who had guarded it alongside Tenji to make the final payment.

After the announcement, Shijo asks his classmates that if someone took the money, to return it. The mere suspicion causes great anger among everyone and speculation begins.

Days later, Yuuichi receives a letter from Shijo, asking him to meet outside of school at night.

Upon arrival, Yuuichi is surprised to see that all his friends are in front of the school gate, even more, they claim they were the ones summoned by him to meet at this time of the evening.

Yuuichi does not understand what is happening, but he knows that something is wrong and that they have fallen into some kind of trap, however, before he can say anything he is electrocuted with a stun gun and loses consciousness.

Once recovered, he finds himself locked in a room with his friends. Suddenly, a door opens and a person representing Manabu-kun, a character from an old animated series, enters.

Manabu-kun informs them that they have all entered a game, and each has incurred a large debt. If they want to avoid paying it, they will have to finish the game, and if they decide not to participate, they could do so, but they will not recover the entrance fee, which amounts to what was stolen in the classroom.

Yuuichi is very apprehensive about money and for a moment loses control, he immediately thinks who could be behind it all, at which point Manabu-kun confronts him and accuses him of doubting his friends.

Yuuichi decides that the most important thing is to get out of trouble and they start playing.

Immediately, they receive instructions for the first game, in which they will receive a series of questions, and if they all agree with the same answer they can win, but if they fail, they will lose and have to pay their debt.

Each of the players must read his question aloud, and for some reason, they are simple and surely everyone knows the correct answer; however, pondering the outcome in the game, it turns out someone on the team is sabotaging them.

Yuuichi is about to lose control, and when it is his turn, he understands the apparent reason for his lack of coordination. The creators of the game have imposed conditions to make cheating much more attractive than winning.

Despite this, Yuuichi decides to bet on friendship and offers them the opportunity to win the game and continue, however, someone does not think the same as him.

Finally, comes the last question for Yutori, who shyly reads: Will we be friends forever?

At that point, everyone knows that someone will say no, so they will most likely lose the game. Yuuichi loses his mind, breaks the rules and intentionally doubles his debt by speaking up.

What will be the reason? Is their friendship over forever?