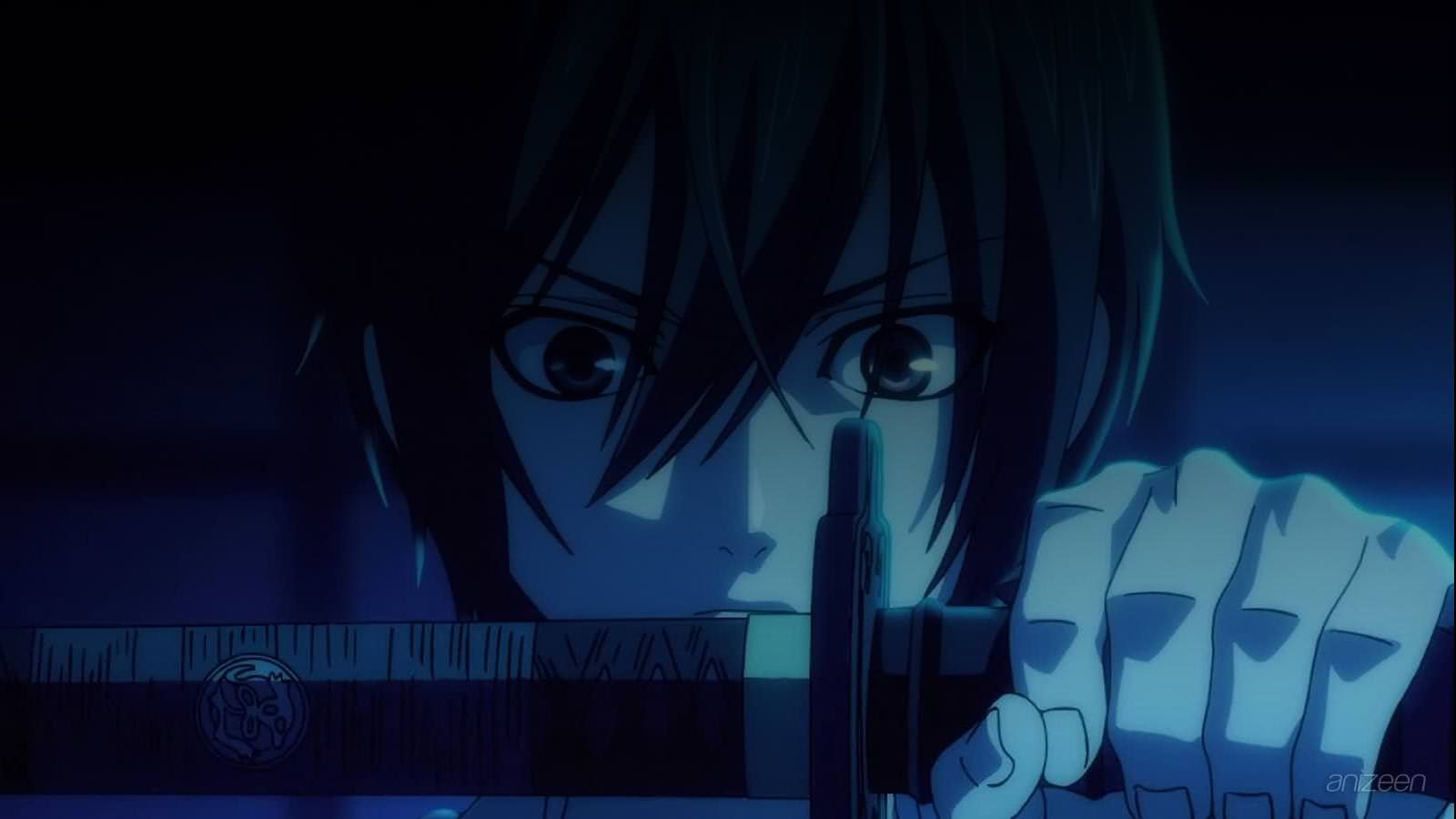 An organization is collection cursed weaponry all around the globe, now; they are looking for a legendary demon sword known as Zsoltgewinn.

Long time ago, it is said that barbarians attacked a Roman Empire village and destroyed everything. The village’s priests prayed to gods for help, and received nothing. At that moment, they decided to turn and pray to a demon.

They sacrificed a sheep and feverishly prayed to the demon, and it answered sending a knight wielding Zsoltgewinn. The battle was over in a second, and the barbarians were eliminated.

The villagers offered prayers to the knight; however, they forgot they were dealing with a demon. It did not come to save the village, it came to destroy life.

Takuma Miura and Seiya Ichijou are sent to retrieve the demonic sword, they have no problems, however, Takuma is obsessed with it and ends up controlled by it.

Meanwhile, a young couple are expecting their first baby. They walk peacefully thinking about the future, until a priest shows up carrying another demonic sword, Shiryu, and kills the father. In rage, his wife kills the priest using the same sword; she ends up controlled by Shiryu.

In her desperation, she leaves the city and enters a near forest. She is able to give birth to a baby boy and then commits suicide, leaving Shiryu in his hands. Amon Ogata, finds him and decides to take him home with him and raise him alongside his daughter Sayaka.

Years later, Gai, that baby, is struggling to fit in in, he seems angry, however, he is thankful that Amon allowed him to be part of his family, and now wants to become a swordsmith like him. Gai is drawn by Shiryu, the same sword that killed his parents.