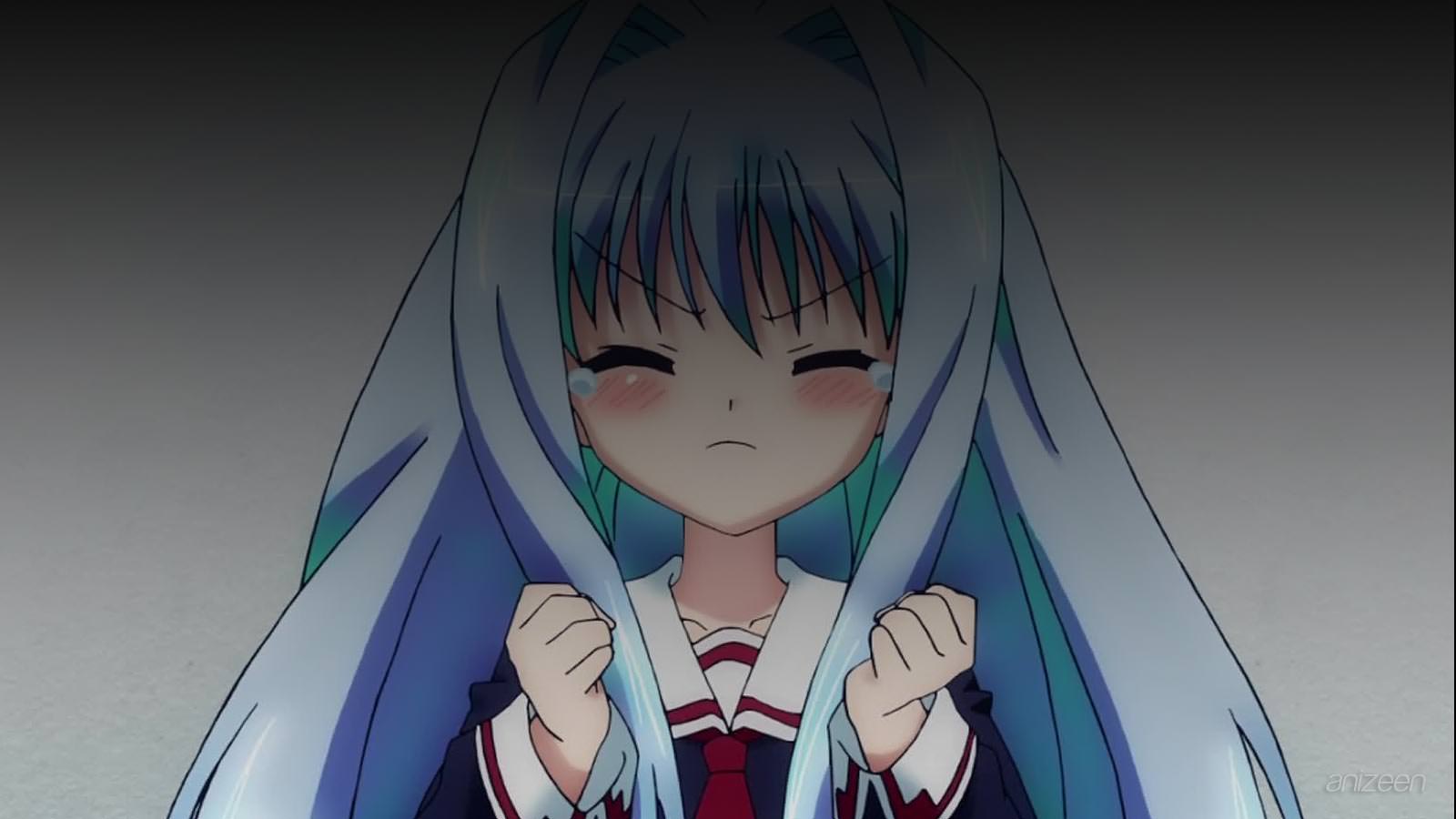 Haruaki Yachi receives a mysterious black cube from his father, the cube is so heavy that he has to deal with it with a big effort, He doesn’t understand why his father tends to collect strange things while abroad.

Haruaki starts checking the box, he can’t figure out how to open it, so he throws it down in the basement. That night, Haruaki is woken by a noise, someone seem to be eating rice crackers, he steps down and finds a nude girl in his kitchen.

Haruaki takes it easy and asks the girl, Fear, what is she, why was she in the form of a box and why is it that his father sent her. Fear tells Haruaki her story, and that she has been receiving hate and negative emotions for years.

In other words, Fear is a cursed tool which taked a human form after having enough of those negative emotions. Now, Fear has the form of a little girl, she is cursed and she can’t curse her owner.

Haruaki’s father, Natsu, told Fear that she could come over to Haruaki’s to undo her curse without causing problems to anyone. Haruaki doesn’t seem surprised at all, instead, he encourages Fear, saying that they are surrounded by strong spiritual powers.

Haruaki tells Fear that she can stay and receive continuous good vibes in order to stop the curse. Now, Haruaki has to protect Fear because there is an organization who wants to destroy her.

Haruaki Yachi seems like an average school boy who’s Dad has a bad habit of sending him random artifacts that never get explained fully. He has such a clam personality, that it even amazes Fear. He is naturally resistant to curses, that’s why his father sent Fear to his place.

Fear Cubrick claims to be a “cursed tool” that has been exposed to so much hatred and negativity that it allowed her to gain a consciousness, and says that she came to Haruaki’s home in hopes of purifying her “curse”. She will become an average school girl who can’t do advanced math or understand the concept of weather over the ocean. She’s actually a fictitious device called Fear In Cube, a terrible torture device from the Inquisitions.

Konoha Muramasa is one of Haruaki’s neighbors and a child hood friend. She has a voluptuous body and has the ability to transform into a sword. Like Fear, she is a “cursed tool” who’s gained a will through the pain and hate that had long surrounded her, making the sword her original form.

Kirika Ueno is the Student Body President and a classmate of Haruaki. She has two cursed tools called Ginstrnag’s Love and The River of Black Strings. She used to be part of an organization called Nightcrawlers.