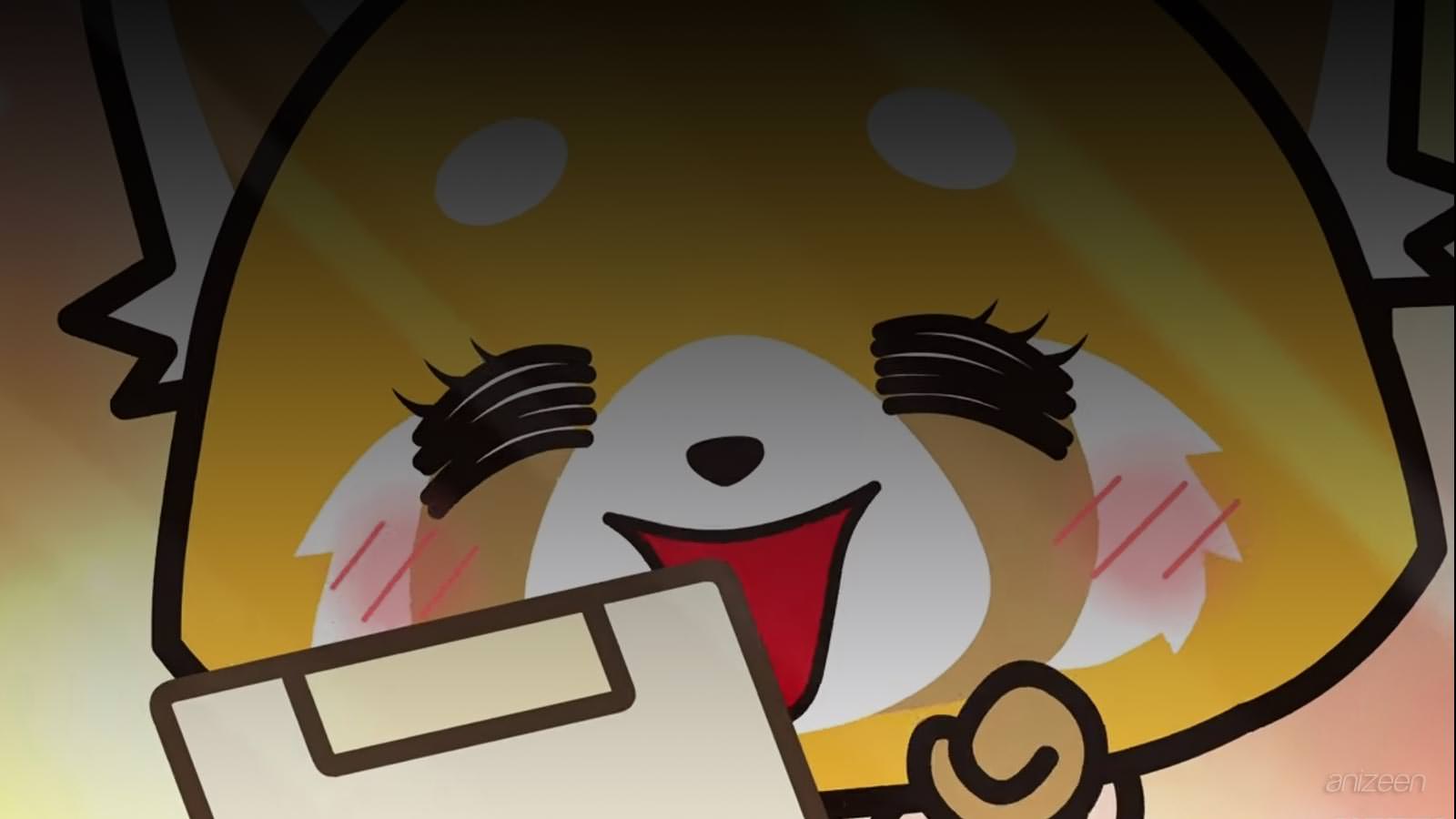 Retsuko is happy, she has found a steady job, and the sun shines to warms her, red panda body, as she takes the first step as a true member of society.

Five years later, she is 25 years old and single; she still works in the same accounting department in a trading firm. She wakes up tired, and usually in a terrible mood, Retsuko is used to it, and decides to count to ten in order to become a role model citizen.

She has built a neat routine every morning, and is rare for her to miss any details; including a karaoke microphone. However, today is not a good day for her, and as she approaches her destination, she finds herself wearing sandals. Something you do not expect in a professional.

Retsuko freaks out and tries to cover it; after all, if she reaches her office, she can change and use her work shoes. She waits patiently to use the elevator; however, she bumps to Tsunoda, one of her annoying peers. Without a doubt, she will tell everybody about her sandals.

Day after day, she faces constant frustration, besides her peers, she has pushy superiors. For her, office is a battlefield, and she will do anything to keep calm, even playing as an incompetent to the eyes of her boss.

Once the day is over, Retsuko shows her true colors, at this moment; her best friend is her karaoke microphone. However, do not expect to see her singing pop songs, or classics, she is a death metal maniac, and sings about everything that annoyed her during the day.

After some time, she goes home, drinks a couple of beers and goes to sleep, aware that the next day, hell will be waiting.

Aggretsuko
(アグレッシブ烈子)
Also known as Aggressive Retsuko, it is an anime franchise based on the character created for the mascot company Sanrio. The character first appeared in a series of animated shorts by Fanworks which aired from 2016 to March 2018. An original net animation (ONA) series launched worldwide on Netflix in April 20, 2018.
OP
S1. N/A
ED
S1. N/A
WEB