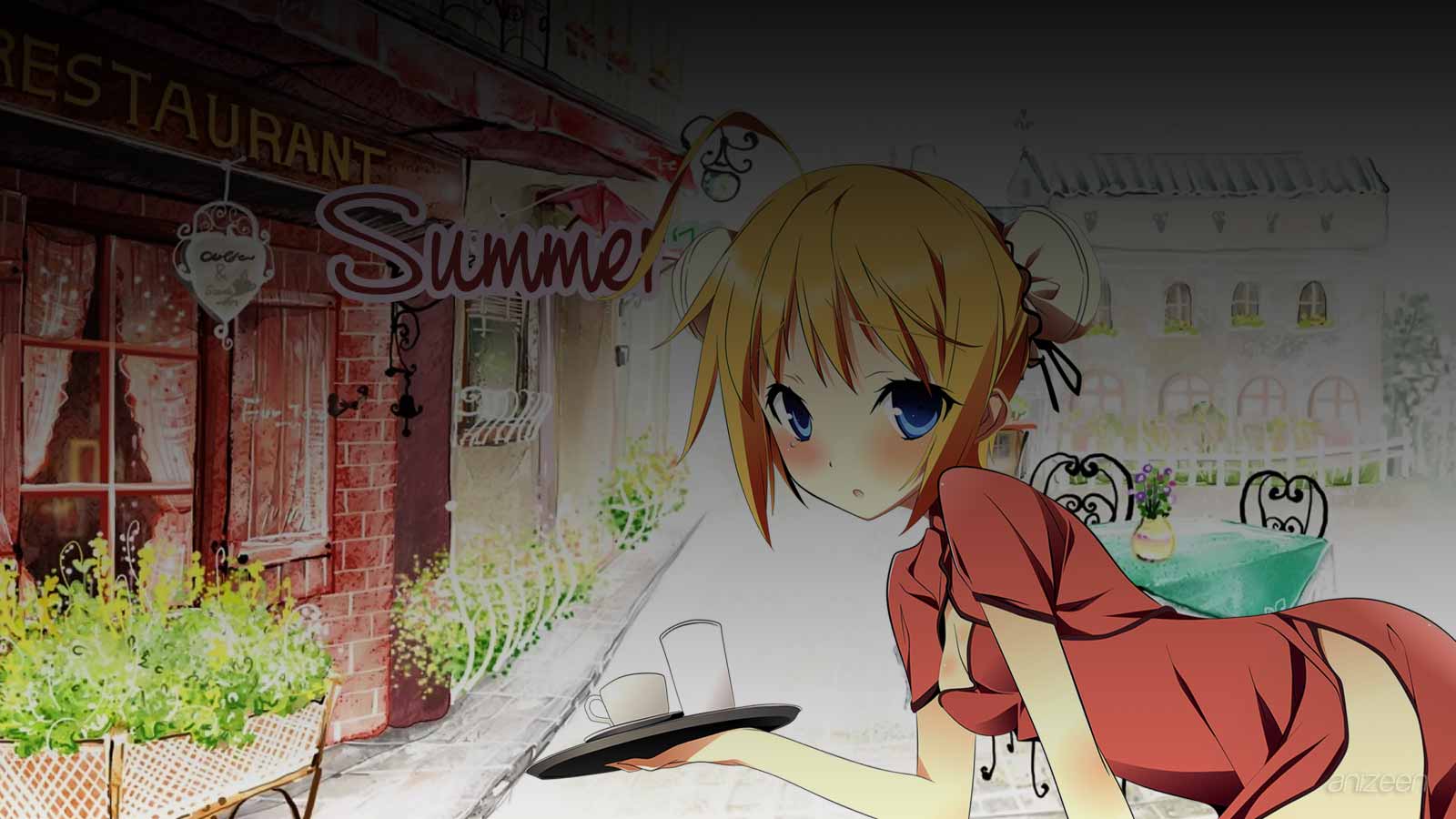 An intense spring is almost over; with it, we can start thinking about the endless summer days or those suffocating nights, in the north hemisphere. Of course, for many of us it also means that we will have enough time to scratch our bellies with full joy.

Also, it means the arrival of a new anime season. The 2011 Summer Season seems compact and interesting at first glance. Basically, most of the series are new, which means a true possibility to find something interesting to watch.

Now, it’s good to say that storylines are becoming a lot more complicated and topics are more mature every single year. There will be enough for everyone, from the classic school comedies, sweet romance into ecchi and beyond.

First of all, the ‘American’ anime series will continue with Blade, if you were able to watch some of the latest Marvel anime, you know what to expect from it.

Now, some of the series that has all the attention are CLAMP’s Blood-C, one thing is certain, there will be blood involved. And the daring adaptation for Usagi Drop, where a thirty-something year old guy will find out that he has a six year old aunt, and that he is the only one who can raise her. Mayo Chiki! will try to take you mind, as a butler hides a secret, and want to keep it that way.

But if you prefer relatively unknown anime, Sacred Seven is said to be a new school battle action series. Or how about a doujinshi adaptation in Nyanpire The Animation, yes, cats and vampires or most precisely, vampire-cats.

But not everything will be completely new; some series are back from previous seasons. In Natsume Yuujinchou San, an easy going boy who can see spirits will return with a strange book that belonged to his deceased grandmother. Also, boy will keep his journey to avoid becoming a full-fledged demon in Nurarihyon no Mago: Sennen Makyou. The oldie Last Exile will try an heroic comeback with its Last Exile: Ginyoku no Fam series. And the low ranked Class F will return to fight in Baka to Test to Shoukanjuu Ni!

For those who need an anime with a lot of cute girls, feel free to take a deep breath and rejoice yourself. Series such as Yuru Yuri, Morita-san wa Mukuchi, THE [email protected], Rou Kyuu Bu! or R-15 will be enough to fill your needs.

Oh, yeah, and there is a real ecchi series, and another historical anime where girls dominate, check Manyuu Hiken-chou.

Finally, there are some intriguing proposals like the futuristic No.6, the never ending stories of Ultraman Retsuden, Dantalian no Shokan or Kamisama no Memo-chou.

But what is a summer without movies or specials? It’s nothing, so, there are plenty to pick. First, you might be interested in Carnival Phantasm special, just to watch Fate/Stay Night and Tsukihime come together.

On theaters, Sora No Otoshimono will be available, Naruto Shippuuden returns, Hayate no Gotoku has a chance and Mahou Sensei Negima! is said to have the long waited ending story, and what can you say about Pokémon if they open with a couple movies?

As you can see, there will be enough to keep you busy, eat your veggies, take a walk on a daily basis and enjoy your wonderful summer, we will be around!