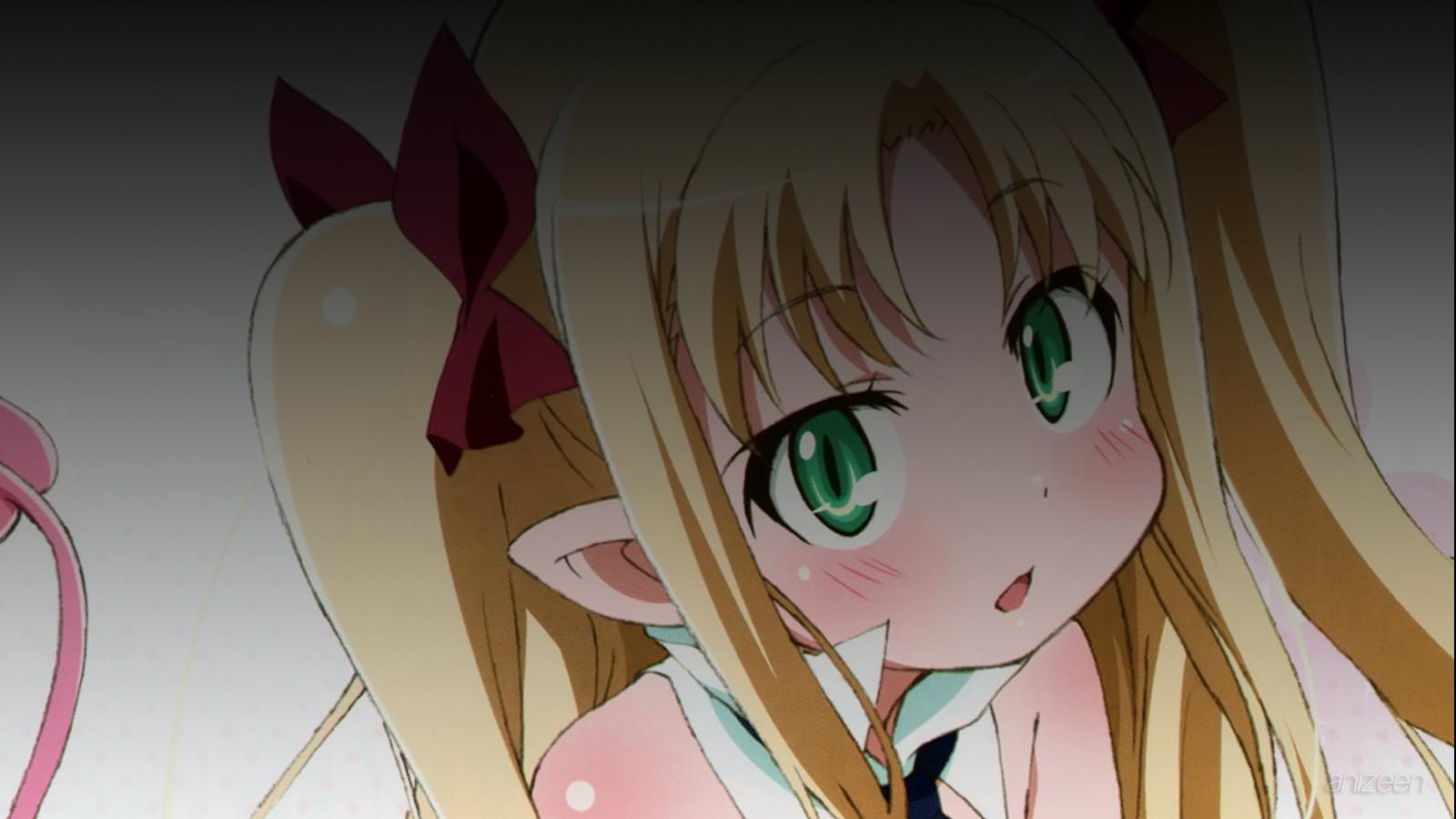 In the fantasy world of Álfheimr, Creature World, succubus princess Astarotte Ygvar, the first princess of the kingdom of Ygvarland, has reached the age of 10.

For the young succubus’ life, at this age, it is necessary for them to have a male harem. Mainly to maintain their body and preserve their beautiful appearance, they must consume a substance only found on males, a liquid called Sauzfryma.

However, Astarotte bears a great dislike against men. Under relentless pressure from Judit, her chief of staff, to grow up and start building her harem, she agrees to start but only with a human male.

In the Creature World, humans are considered mythical creatures, with none having been seen in a thousand years. To her dismay, Judit manages to travel to the human realm and return with a 23 year old human male named Naoya Touhara, who accepts the offer to found Astarotte’s harem.

Naoya will learn a lot about Astarotte, and why is it that she dislikes men. Alongside, he brings his ten year daughter, Asuha, to the Creature World. Now, Naoya will be part of a strange love-hate relationship, where Astarotte will think of him as a ‘toy’. Something that Queen Marcelida just had in her mind 10 years ago.

Astarotte “Lotte” Ygvar is only 10 years of age, she is told that she will need to begin building a harem. Because when she fully matures, her body will require a regular supply of ‘men fluids’ to keep from wasting away, much like a vampire requires blood. Unfortunately, her mother’s extreme excesses have led her to develop a fierce hatred and disgust toward all men. Astarotte demands that the first member of her harem be a human from the human world. Knowing that the Yggdrasill tree connects them to the human world (and has been dormant for years), she hopes her demand would allow her to avoid the task entirely.

Naoya Tohara has a big story, eventhough he is only 23, he alreayd has a 10 year daughter. When the Yggdrasil tree activates and allows one of Lotte’s servants to enter the human world, he is taken back to become the first member of Lotte’s harem. Just to make Lotte more angry, it is revealed that her mother, Marcelida, had a close encouter with Naoya when he was just 13. But not only that, a few years later she brought him Asuha, his daughter from said encounter, to live with him.

Asuha Tohara is 10 years old, like Lotte. In reality she is the daughter of Naoya and Queen Mercelída, the “dead princess” Asuhariet, as well as princess Astarotte’s older half-sister, because succubus pregnancies are shorter. She has an aversion to underwear because she is a half-succubus.

Astarotte no Omocha!
(アスタロッテのおもちゃ!)
Is a the name of an anime adaptation for the Japanese manga series Lotte no Omocha!, written and illustrated by Yui Haga about Naoya. Lotte no Omocha! began its serialization run in the July 2007 issue of Dengeki Maoh and later republished in collected volumes by ASCII Media Works. The anime series, produced by Diomedea under the direction of Fumitoshi Oizaki, began its broadcast run in April 11, 2011.
OP
S1. “Tenshi no CLOVER” ~ Aimi
ED
S1. “Manatsu no Photograh” ~ azusa
WEB