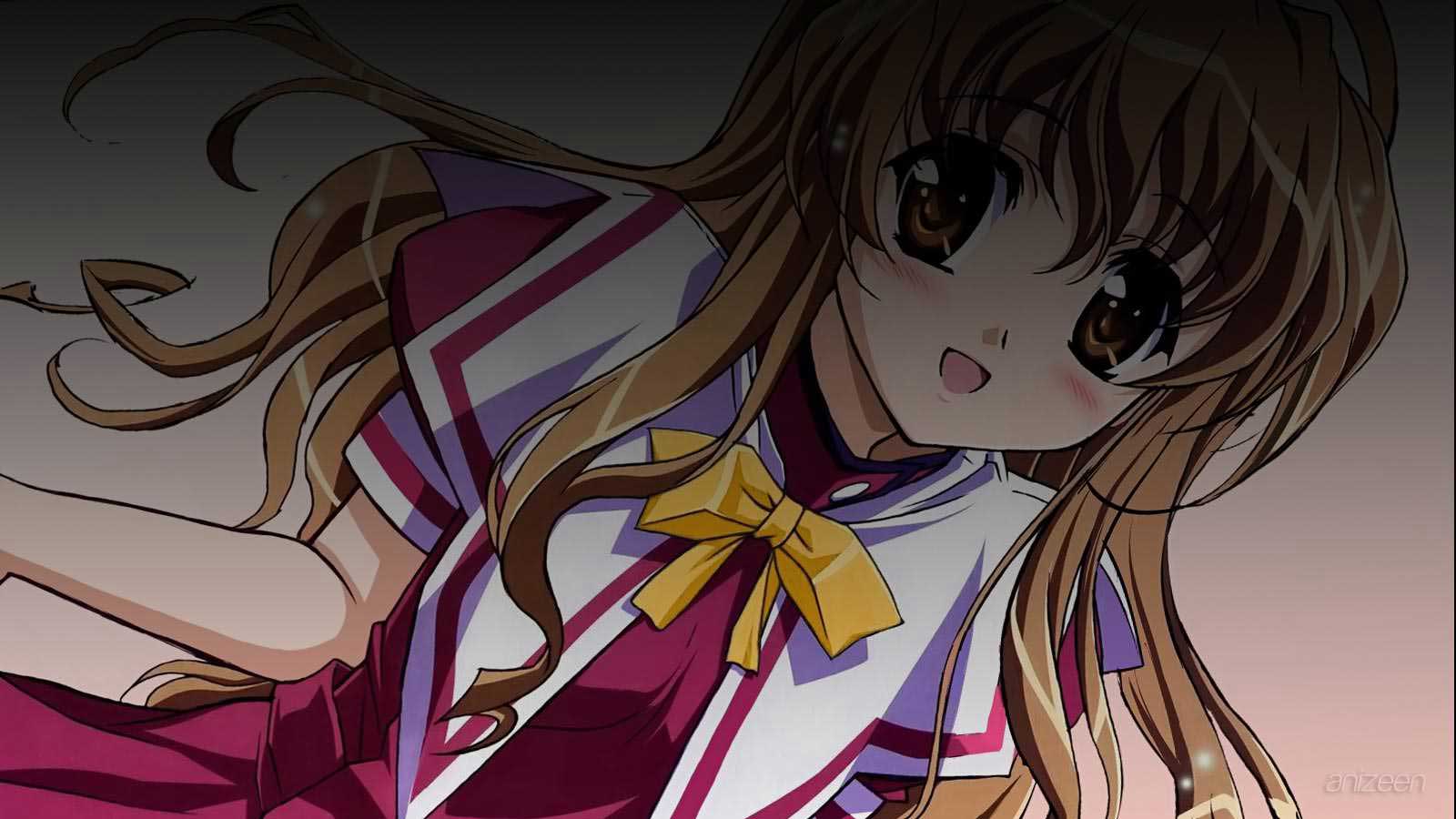 Ayase Yuuto is a second year high school student who has to put up with the inane antics of his otaku classmates, who can’t understand why he isn’t all lathered up over the latest “moe” anime that is on late night TV. Ayase also has to put up with and care for his older sister Ruko, who is a boozing girl, as well as Yukari-sensei who boards with them. But like most of the rest of the students at his high school, Ayase enjoys from a distance the charm, grace and skill of the schools resident rich-kid princess, Nogizaka Haruka who is a classmate of Ayase, but in a different circle of friends.

Things begin to come together one day when one of Ayase’s more fanatical otaku classmates talks Ayase into returning a manga issue to the school library, after the librarian made a public announcement about the manga that caught Nogizaka’s attention too. Ayase is just surprised that the school library bothers to carry moe manga, but he agrees to the task, and so has to endure the tongue-lashing from the old librarian because the manga is late.

Then as Ayase is leaving, he notices a girl who is furtively moving towards the shelf where the manga are kept, and sees that the girl is trying to hide her face. But when the girl bumps into a bookshelf Ayase sees that it is none other than the School Princess Nogizaka.

This peaks Ayase’s interest and he goes back to see what Nogizaka is doing. Sure enough, she checks out a moe manga issue. But as Nogizaka leaves, her attempts at hiding her identity prevent her from seeing where she is going and so she bumps into and knocks over a small book shelf. Ayase goes over to help Nogizaka, but she panics and starts to ask Ayase if he has “seen it”.

Ayase mistakes the “it” that Nogizaka is referring to, because Nogizaka is sitting on the floor with her legs spread, and Ayase is getting a clear view of the full length of Nogizaka’s tights.

Ayase spots the manga and offers it back to Nogizaka, but Nogizaka panics even more and runs off, leaving the manga and her school bag behind. Ayase brings the bag and manga home and early the next morning he brings them along to school, where Nogizaka is furtively looking for a way to get into school unnoticed. Nogizaka is startled again, and when Ayase returns the bag with the manga in it, she runs off after saying a quick thank you.

Ayase can’t understand why Nogizaka is acting this way, and he becomes more and more irritated with the situation as Nogizaka continuously goes out of her way to avoid him. Finally, Ayase has enough, and despite Nogizaka’s fans in the school he is able to talk to Nogizaka on the roof top and explain to her that he doesn’t care if Nogizaka is an otaku or not. And since Nogizaka is so embarrassed by her “secret hobby”, Ayase makes a solemn oath to her that he won’t reveal her secret to anyone. All this makes Nogizaka extremely happy.

But now that Ayase is a “partner in crime” with Nogizaka, she calls him up one evening for an “emergency”. The manga that she checked out from the School Library is due the next day, and she doesn’t want a public announcement made from the library for her to return it. So Ayase meets Nogizaka at the school and together they go in and eventually return the manga issue and check out another, after a number of silly scares in the dark that are exaggerated by Nogizaka’s wild imagination.

Afterwards, Nogizaka is so happy that Ayase is treating her like a normal girl that she asks him to call her by her first name. Ayase is surprised but pleased and in turn he asks Nogizaka to call him by his first name, which Nogizaka accepts too.

Yuuto Ayase is the main protagonist of the story. He is an ordinary student who attends the private high school Hakujou Academy and is in his second year of high school. One day, he stumbles across his classmate Haruka in the library and discovers her hidden secret — she is a major otaku and loves anime and manga. Following this revelation, Yuuto starts to hang out with Haruka which brings up the envy and jealousy of many of his fellow classmates. Yuuto lives with his parents and older sister Ruko, though his parents are always working and thus are generally absent from home. He behaves bluntly and generally likes to be left alone.

Haruka Nogizaka is the female main character, and is Yuuto’s classmate. She is idolized at school due to her beauty and intelligence, and is regarded as the school’s most unattainable girl. In fact, at school she is known by the French nicknames “Nuit Étoile” -The Silver Star of the Night- and “Lumière du Clavier” -The Shining Princess on the Piano-. She is very skilled at playing the piano and has taken overall victories in international contests. She also has a gentle personality, is a natural airhead, and is quite clumsy. She is embarrassed to show how she enjoys manga.

Mika Nogizaka is Haruka’s younger sister in her second year of junior high school. Her hobbies include playing the violin, and playing squash. She has a personality that is exactly opposite her sister, who is naïve. She enjoys Yuuto’s company. When Haruka is with Yuuto, however, Mika likes to tease them. In contrast to her airhead older sister, Mika is very stable. Even at her young age, she is more knowledgeable about sex than Haruka, although she will get shocked or stunned mentally if exposed to H-rated material just like her sister.

Nobunaga Asakura is a childhood friend of Yuuto who attends the same private high school, though is in the class next to his. He has a cheerful and openhearted personality, gets very good grades, and is considered a bishounen by the female students. However, he is a hardcore otaku and is familiar with the layout of Akihabara. He is extremely famous in various places in Akihabara.

Ruko Ayase is Yuuto’s older sister. She works as a private secretary to a company president. She is skilled in karate and is a 2-dan. She is a hard worker, though she drinks a lot at home and is unable to do any housework which makes Yuuto in charge of all the chores. She generally has a rough attitude and will often speak in a brutish manner.

Yukari Kamishiro is the vice-homeroom teacher to Yuuto’s class and is an old friend of Ruko. She is referred in the story by Yuuto as the “sexual harassment teacher”. She is constantly smiling, though she enjoys teasing trouble makers. She likes spending a lot of time over at the Ayase house, and is unmarried though wants a boyfriend.

Shiina Amamiya is a girl who participated in the London Piano Contest with Haruka; Shiina ranked second before Haruka who ranked first. She transfers into Yuuto’s class at school. Her hobbies include playing the piano and the martial art of naginatajutsu. She always has a positive, cheerful and sociable personality. Thanks to: D. Baranyi