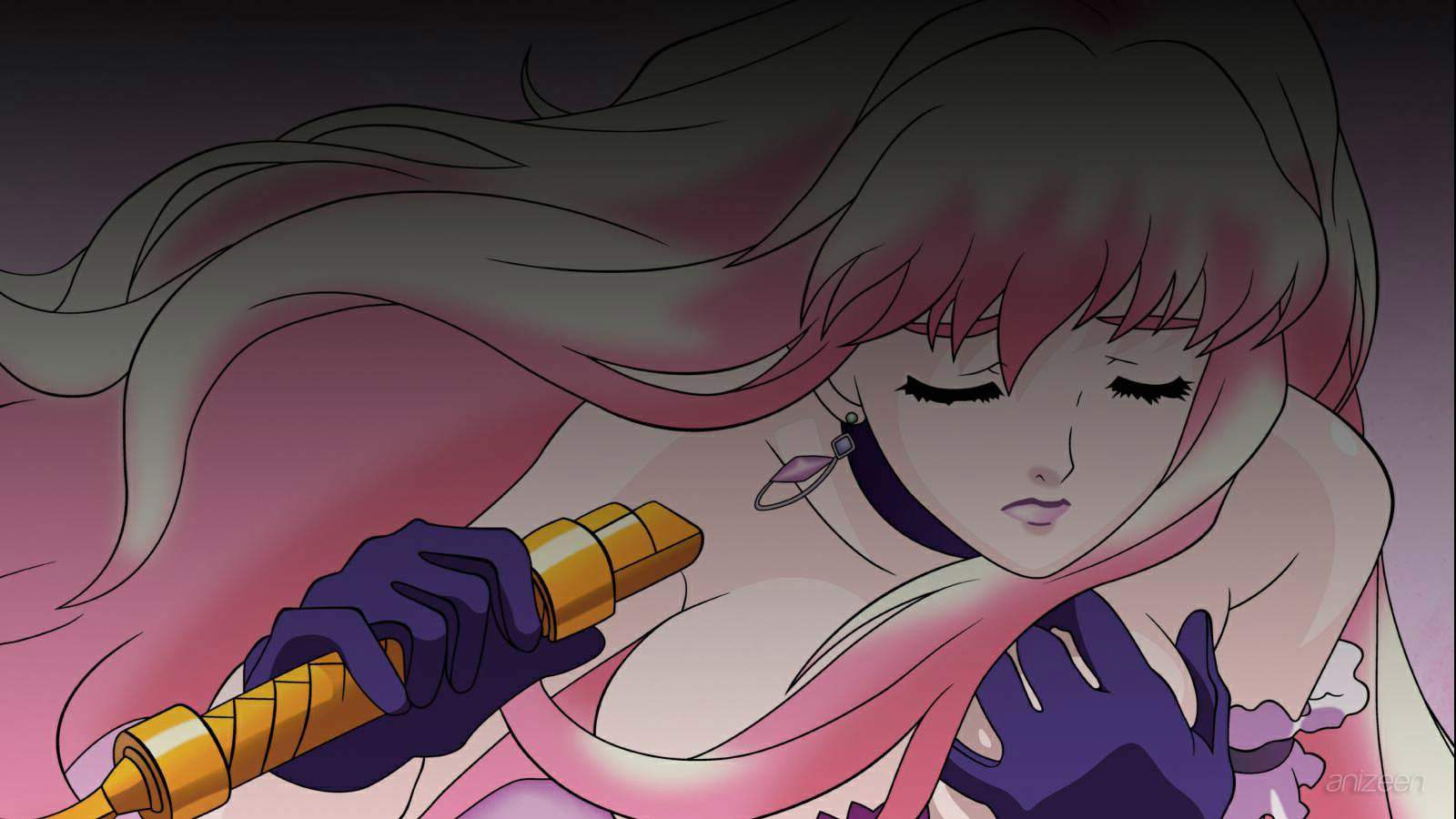 The story follows Alto Saotome, Ranka Lee and pop star Sheryl Nome on board the space colony Macross Frontier. The main enemy of the humans on the colony is the Vajra, a race of robot-like aliens that is intent on destroying Macross Frontier.

After being unable to stop the Vajra alone, N.U.N.S (New U.N. Spacy) hires the mercenary group, S.M.S, to help fend off the alien attackers. During the first attack, Alto witnesses a death of an S.M.S member. This pushes him to take the dead man’s fighter and help destroy the Vajra, while at the same time saving Ranka Lee. Afterwards, Alto is reprimanded for his actions, while at the same time he is invited to join S.M.S by Ozma Lee.

Sheryl, an idol, is on tour at Macross Frontier at the beginning of the series and gets caught up in the conflict. She meets Alto when he works as an assistant in her concert on Frontier. She doesn’t do much fighting but her songs are often the background music for the big fights.

Even in the beginning of the series, a love triangle between Alto, Ranka and Sheryl is apparent. Ranka and Sheryl are both trying to get Alto to love them, often creating some dramatic situations. But all the drama is spaced in-between battles of the S.M.S against the Vajra.

Alto Saotome is a long-haired teenager living on Macross Frontier. His dream to fly is always being squashed by the lack of an atmosphere on Frontier. While trying to forget his history as a Kabuki actor he has distanced himself from him family, and especially his father. He is a high school student training at the Mihoshi Academy Pilot Training course.

Ranka Lee is a short, cheerful teenager with green hair. She is the adopted sister of Ozma, a mercenary working for S.M.S. She goes to school at an all girls high school while working part time at the Chinese restaurant “Nyan-Nyan”.

Sheryl Nome is a pop idol from another space colony, Macross Galaxy. She is on tour at Frontier when it is attacked. She ends up staying on Frontier for much longer than planned with her assistance Grace. She has pink/yellow hair and is very childish, especially around Alto.