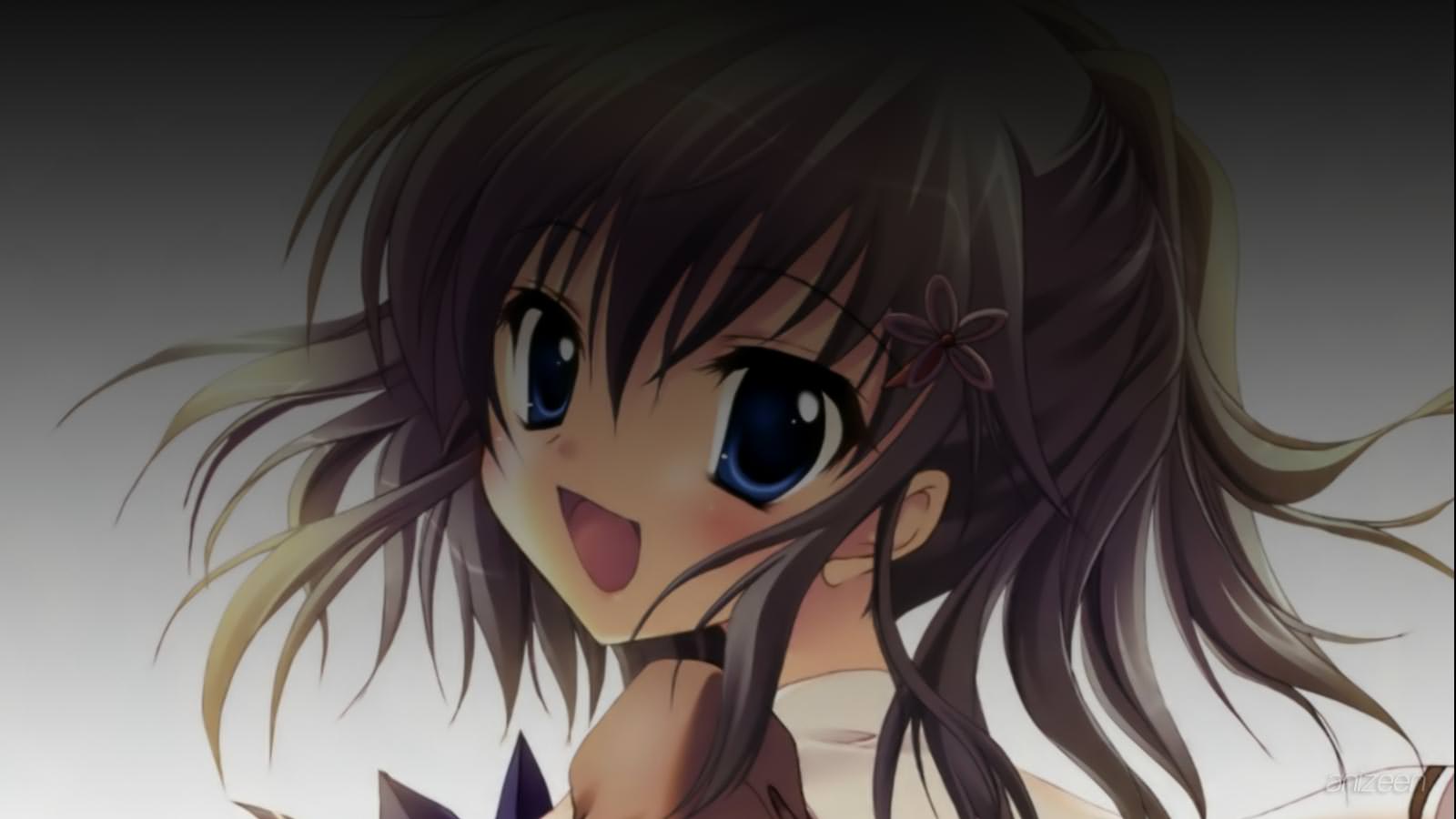 Yuuhi Katagiri is wandering around a suburban street when she accidentally bumps into a couple of guys who decide to hassle her a bit. But along comes second year high school student Jun’ichi Nagase who tells the guys to leave Yuuhi alone. The guys are about to hassle Jun’ichi in turn when one of the punks suddenly recognizes Jun’ichi as the “Gene Killer” and both punks apologize and run off.

Jun’ichi is a bit ticked off at being called Gene Killer, but he is also a bit relieved at not having a confrontation. As Jun’ichi asks Yuuhi if she is alright a large limo drives up and the old driver-retainer addresses Yuuhi, so Yuuhi walks off while waving goodbye.

When Jun’ichi gets home, we find out that he lives alone with his younger sister, he is addicted to various forms of electronic gaming, that his reputation as the Gene Killer is pretty badly misplaced, and that Jun’ichi spends a lot of time daydreaming about his gaming situations.

The next day at school a transfer student is announced in Jun’ichi’s class and it turns out of course to be Yuuhi. Yuuhi and Jun’ichi spot and say hi to each other to the astonishment of the rest of the students, and later spend time together, along with a couple of Jun’ichi’s requisite obnoxious friends, getting acquainted.

That evening Jun’ichi dreams that he is the Gene Killer and that he is attacking Yuuhi, so he doesn’t get much rest. Thus, the next day when Jun’ichi comes to class he is sleepy and is caught in the midst of more daydreams while Yuuhi wants to ask him a question. Mistaking dream for reality, Jun’ichi answers Yuuhi’s question by bending down and kissing her in front of the whole class. After that, Yuuhi transforms and beats out Jun’ichi.

But that evening while Jun’ichi is still recovering at home, there is a ring at the doorbell and there stands Yuuhi with a bag in one hand. She has come to move in with Jun’ichi and his sister. After all, a man must be responsible of his acts, no?

Jun’ichi Nagase is a second year high school student and had a quarrel with a transfer student, Yuuhi Katagiri on the first day of school. It turns out that Yuuhi is his fiance as arranged by his family. His life takes a drastic turn with Yuuhi entering his life.When he first met her he had the impression she was a helpless girl and kissed her because of a misunderstanding. After that Yuuhi became much more violent towards Jun’ichi. Jun’ichi sometimes has fantasies about his younger sister Minato. Since Yuuhi is often harassed, he finds himself protecting her; throughout the storyline, their love for each other grows, even though neither of them will admit it.

Yuuhi Katagiri is the main heroine in the series. She is very beautiful, which often causes trouble for her, such as being harassed constantly by men. One day, when she was being harassed by two men, she was saved by Jun’ichi. She transferred to his school hoping meet her fiance because she heard that he was in this area. Later, after a misunderstanding from Jun’ichi, he kisses her in public, causing her to have ill feelings towards him, but her feelings grow more for him throughout the series.

Minato Nagase is Jun’ichi’s younger sister. She is a year younger than him and attends the same school as him as a first year high school student. She is capable in all areas of household related work and is proud of it. She also has unique abilities, like listening to the ground to detect the presence of animals, as well as be able to communicate with them. She has feelings for Jun’ichi.

Tsukasa Kiryu is a second year student in the same class as Jun’ichi, and is his childhood friend. She is a member of the News club. She has a lively personality and loves to gossip as well as tease Jun’ichi.

Nagomi Shiraishi is a first year high school student in the same class as Minato. She has an air of mystery around her, and can be found just about anywhere at the right time.

Mitsuki Siina is the president of the student council at the school that Jun’ichi attends. She is a third year student and very popular amongst the student body. She likes to use Jun’ichi as her lapdog getting him to do favors for her or perform activities for the student body. Thanks to: D. Baranyi