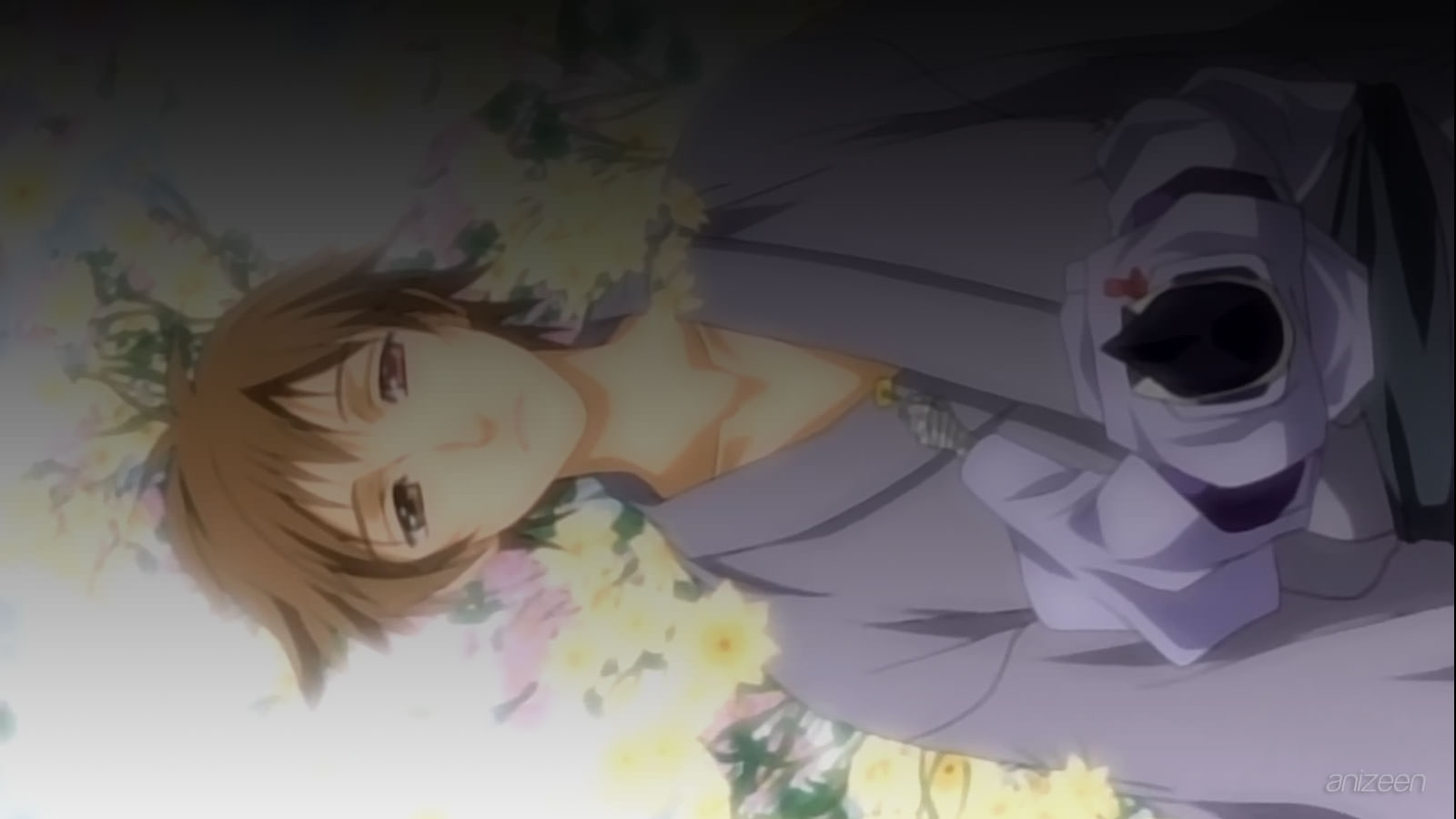 Tokidoki is a Japanese high school student who, when he fails his history class, is sent to a high-tech history museum that virtually recreates the Edo period to do make-up work. However, what was supposed to be a simple school project becomes much more complicated.

When Tokidoki wears his VR goggles he gets to see a bright Edo day instead of a warehouse. But while wandering around looking for fellow student Kon Shinonome, who disappeared just after they both entered the VR Edo, Tokidoki runs into a couple of mythical creatures on a bridge, one of which is large and lion-like and starts to claw at Tokidoki’s face.

Tokidoki is suddenly saved from the monster by Kuchiha, who complains how the monsters keep on reappearing after they are destroyed. Tokidoki is stunned by the realization that he is seeing the Edo Era without his goggles, and falls through a rotten part of the railing on the bridge. Tokidoki later awakens, with the sight gone in his left eye, where Kon is sitting next to him.

So now Tokidoki has to find some means of survival in VR Edo. He has both Kon and Kuchiha to guide him, but Kuchiha has a fit of unexplained anger at Tokidoki’s slacker attitude, so she might not be a lot of help at the immediate moment.

Tokidoki Rikugou is an easygoing high school student who adapts easily to new surroundings. He loses the vision in his left eye to the nue and yakou and finds himself trapped in a simulation of the Edo period. Called the “unwritten page” ~ some in the virtual Edo, as his fate isn’t foretold by Heaven’s Net. His hair was black as a child, but now it’s dyed brown. It’s hinted that he has feelings for Kuchiha, as Kon has commented to her before, “I think he sort of likes you.”

Kon Shinonome is a member of Tokidoki’s high school who is cool-headed and logical, but has a reputation for getting into fights. He was also attacked by the Nue and Yakou, which left him without the sensation in his right arm, and became trapped in Edo as well. He arrived two years before Tokidoki, and acts as Tokidoki’s mentor after his arrival.

Kuchiha is a swordswoman who has a Dog God living inside her, and as a result, is despised by humans. She saved Tokidoki from the nue. At first, she hates optimistic people like Tokidoki, but she warms up to him throughout the course of the series. She usually wears her hair in a long ponytail, and has a big appetite. Her age is unknown.

Shamon, in public, he’s a temple priest, but in private, he’s a demon hunter. He is Kuchiha’s foster father.

Heihachi is a friend of Tokidoki and Kon. He later becomes friends with Tsuyukusa. He gets teased by Kon for having strange and large eyes.

Ginshu is one of the four Holy Ones and the High Priestess of the Sakigami shrine. She was cursed by the demon Byakuroku to die and be reborn every day. Ginshu is actually asexual, but is referred to as a Princess anyway.