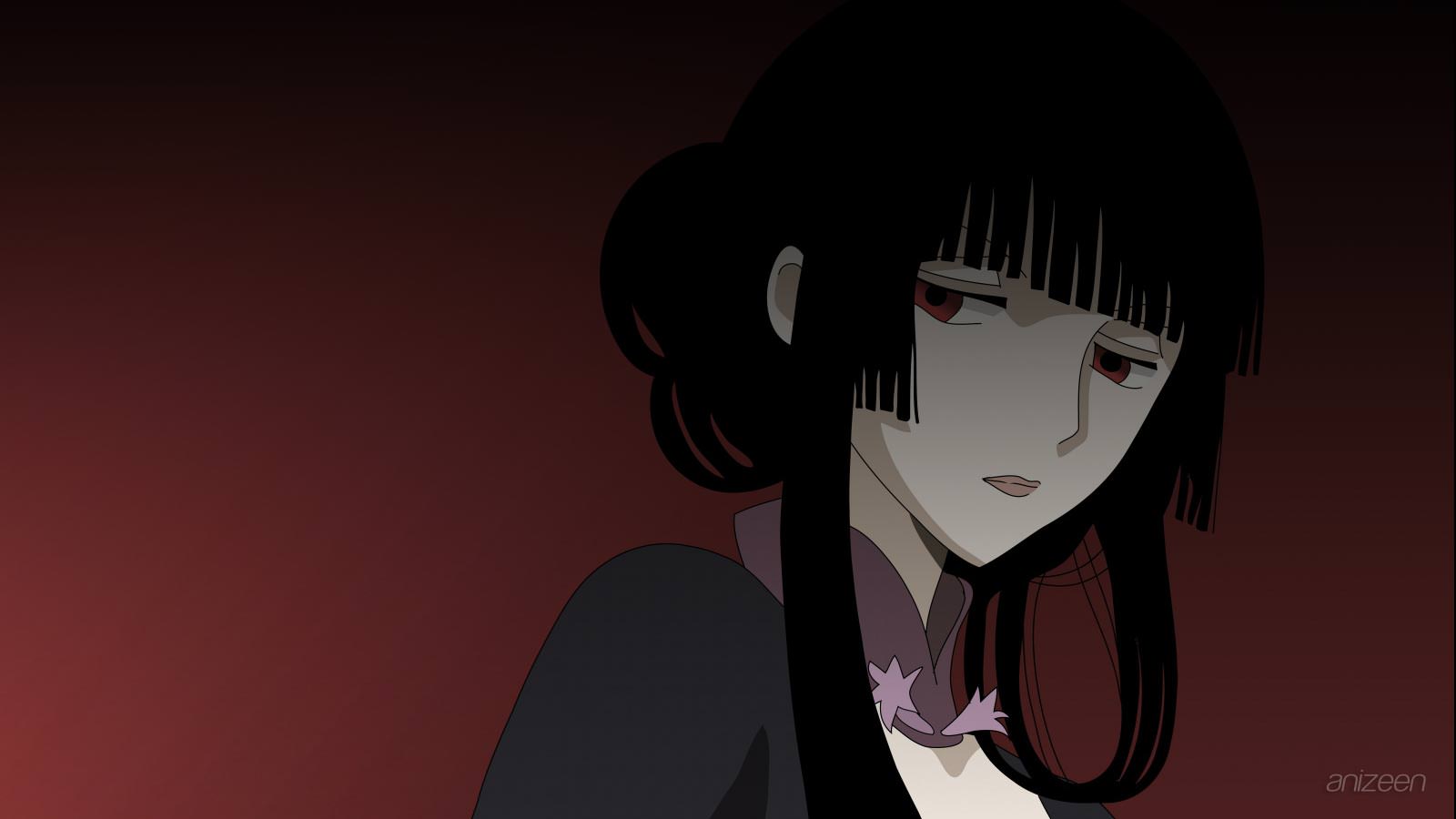 Kimihiro Watanuki is a high school student plagued by youkai, supernatural beings magically attracted to him. The creatures are invisible to others, and as a result he feels extremely burdened by them. When he quite literally stumbles into a shop that grants wishes, his life changes drastically.

The shop is owned by Yuuko Ichihara, a mysterious, beautiful witch of many names and esoteric renown. The seemingly all-knowing witch offers to grant Watanuki’s wish to be rid of his ability to see spirits. However, in exchange, he must pay a price equal to the power required to grant the wish and his price turned out for him to become Yuuko part-time employee.

Yuuko discovers that Watanuki is very skilled with his hands and a hard worker. As a result, Watanuki is forced to perform housework and odd jobs for Yuuko until he has done enough work for his wish to be granted.

In xxxHOLiC: Kei, Watanuki is dreaming that he has just met Himawari in the street, but Watanuki is only seeing Himawari with his left eye. Watanuki then awakens from his dream to find Makona sitting on his right eye. Watanuki is certain that this dream foretells a good meeting with Himawari, but Yuuko isn’t so sure of that.

On the way to school Watanuki passes the temple where Doumeki lives and is intercepted by Doumeki to help out at doing some yard work. But just as Watanuki is finished one of his wild gestures gets his hand stuck in a big spider web in a tree. Doumeki comes to Watanuki’s aid and frees Watanuki’s hand, but the spider web is destroyed in the process. Afterwards, a spider glares out from the location where the spider web had been.

Later that day Doumeki starts to complain of a problem with his right eye. Eventually Doumeki’s eye is closed by what looks like a spider web. Watanuki runs off for Yuuko’s advice and a chain of events is initiated that will tie together even more closely the fates of Watanuki and Doumeki.

Kimihiro Watanuki is a typical high-school student living on his own. He is down-to-earth and selfless, but also very irritable, especially when it comes to Yuuko’s lavish demands and Doumeki’s stoic attitude. Watanuki begins working for Yuuko in exchange for the fulfillment of his wish: to never see spirits again. Despite the fact that he hates his ability, Watanuki often goes out of his way to help people that he comes into contact with because of his power, even when he is not required to do so by his job. Apart from Doumeki and Himawari, Watanuki does not seem to have any friends at school; in fact, Yuuko teases him about being unpopular.

Yuuko Ichihara is a very powerful witch, mostly known for her ability to send people to other dimensions and times, and for her ability to grant any wish in exchange for an equal cost. She knows many different people, including Clow Reed who together created the Mokonas. Despite her seemingly immature and free-spirited attitude, Yuuko is also sage-like and serious when the time calls for it.

Shizuka Doumeki is Watanuki’s classmate and one-sided rival. He is part of the school’s archery club and often participates in school competitions. He lives in a shrine owned by his late grandfather. Doumeki’s personality sharply contrasts with Watanuki’s, as he is calm and often sarcastic. Doumeki has the ability to rid evil spirits and be immune to most curses, mostly due to his ancestry and how his grandfather taught and raised him in a temple.

Himawari Kunogi is Watanuki’s main love interest. She is a kind and caring girl, but inadvertently brings bad luck to everyone she comes into contact with, with the exception of her parents and Doumeki.

xxxHolic: Kei
(xxxHOLiC◆継)
Is a seinen manga series planned and presented by CLAMP. It has been serialized in Kodansha’s Young KC Deluxe periodically since 2003 and is currently published in the United States by Del Rey Manga. The second season, xxxHolic: Kei, began airing on TBS on April 3, 2008 in Japan. There will be 26 episodes. The main staff and cast remains the same as in the first season. Chapter 154 of their manga release shows the future episodes that will correspend to both the anime and its manga arc counterparts like the Spider Grudge arc, Kohane Tsuyuri and Haruka
OP
1. “Nobody Knows” ~ Suga Shikao
ED
1. “Honey Honey” ~ SEAMO feat. Ayuse Kozue
WEB