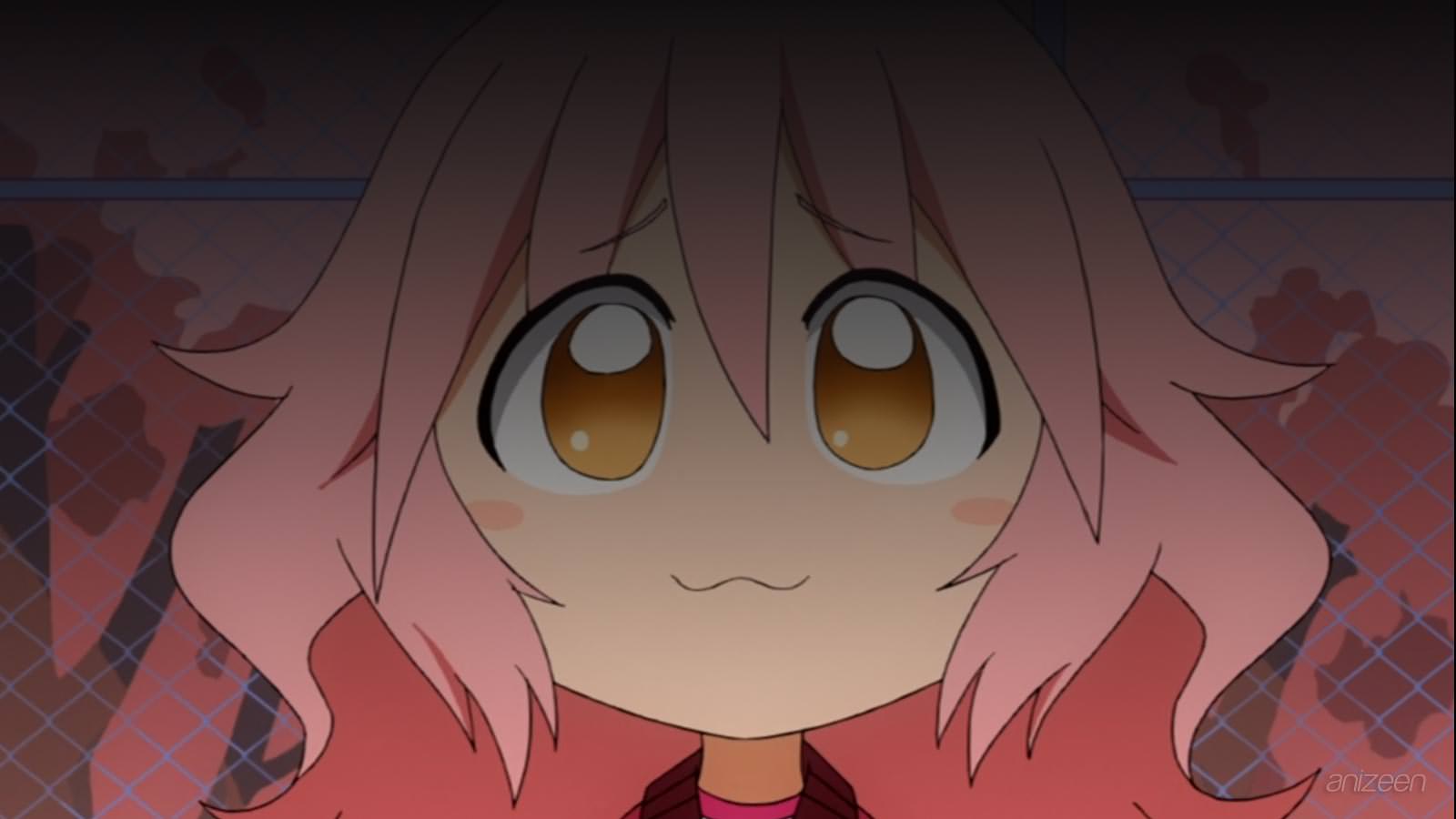 Asuna Harukaze loves tennis, so much that she practices her swings even while she is working. Asuna belongs to the tennis club at Shiratama Middle School and an important tournament is coming up, so, they’ve got to practice as much as possible.

The tournament is two months down the line and the girls of the ‘Soft Tennis Club‘ are dedicated to coming to school early and practice drills in preparation.

But, many things seem to happen and stand in their way. Asuna, a true lover of tennis, tries to run all the way to school in order to build her stamina, but she usually ends up taking the bus when she gets tired.

Chitose Akiyama gets easily distracted while searching for a side dish to go with her rice that she ends up in the river with no clothes on. And Kurusu Fuyukawa, well… she’s just odd.

Just about every attempt at serious practice is thwarted by the girls’ odd personalities. Eventually they make a bet that the winner of their friendly doubles game will get soda from the losers, so they begin to play in earnest.

Asuna Harukaze is quite enthusiastic about tennis to the point she will sometimes swing around objects (including a pitchfork much to her mother’s chagrin). She has a bad habit of misunderstanding certain comments made by others normally taking them as sexual innuendos. Asuna has terrible luck with the tennis court’s white lines and continually trips over them. She joined the team in order to achieve the perfect woman’s body.

Chitose Akiyama is a girl with a penchant for gluttony and current captain of the club. She has been hungry enough to attempt eating an endangered species. She even fantasizes about things that can be eaten as food. In spite of being team captain, Chitose is a poor tennis player. This weakness is overcome whenever she envisions the ball as something edible. She is rather smart and calculating, though her calculations are usually slightly off, and occasionally comes up with unorthodox methods of playing.

Elizabeth Warren is an exchange student from Britain. She was first sighted running to school with a loaf of bread in her mouth. She doesn’t have a great Japanese vocabulary so she will sometimes say it in English.

Kotone Sawanatsu is a headstrong girl that appears to be the most ambitious one of the group. She dreams big when it comes to tennis. Kotone has a crush on Mishimagi and tends to compete with Elizabeth when it comes to his affections.

Kurusu Fuyukawa is a stoic and rather emotionless girl who speaks in monotone and has a habit of wearing animal costumes. Despite her cosplay fetish Kurusu is one of the best players on the team.

You Mishimagi is the coach of the Shiratama Soft Tennis team and a former national champion. While he may be rather lazy and a bit of a drunkard, he deeply cares for each of the girls as any teacher would and wish nothing more than to see them succeed.