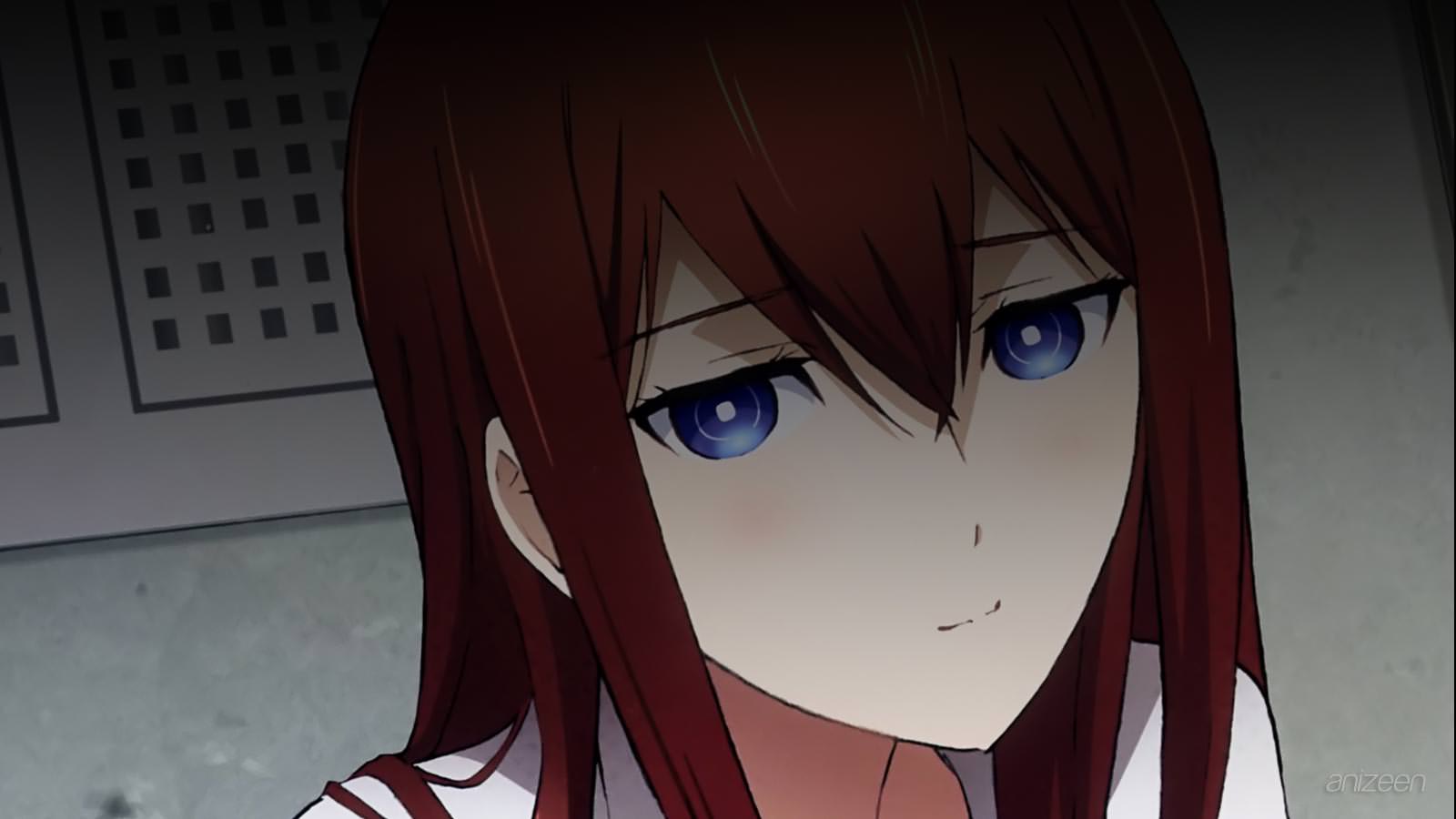 Steins;Gate is set in the summer of 2010, approximately one year after the events that took place in Chaos;Head, in Akihabara. Here, self-proclaimed mad scientist, Rintarou Okabe, goes to a seminar on time travel with his friend, Mayuri Shiina.

While there, he meets a girl named Kurisu Makise who explicitly states that he had met her 15 minutes ago, despite having never met her before.

AFter that, Rintarou hears a scream and discovers Kurisu has been stabbed. As he sends a text to another one of his research buddies, Hashida Itaru, Rintarou has a strange experience, finding the street he is on has suddenly become deserted and a strange satellite has crashed into the building he was just in.

Later on, while fiddling about with their strange remote-controlled microwave, which turns bananas into a gel-like substance, Hashida tells Rintarou that the seminar he supposedly attended was cancelled, much to his surprise.

Rintarou later discovers that the text he sent to Hashida had been sent a week ago, just before encountering Kurisu, who is alive and well. Rintarou is surprised that Kurisu is alive, before being humiliated by her during a lecture concerning time travel.

Rintarou Okabe is a self-proclaimed mad scientist and often refers to himself under the alias of Kyouma Hououin, ] which is also the name he uses to introduce himself to other people. Mayuri and Daru refer to him by the nickname Okarin, a portmanteau of his surname and given name. He is the founder of what he calls the “Future Gadget Laboratory” in Akihabara where he spends most of his time. Okabe gives off the appearance of being delusional and paranoid, frequently referring to the “organization” that is after him, talking to himself on his phone, and engaging in fits of maniacal laughter. Most of the time he takes on a fairly arrogant personality.

Kurisu Makise is a neuroscience researcher at an American university, and can speak and read English well. Having had her research published in the academic journal Science at the young age of 18, Kurisu is extremely talented. She skipped a grade in the American school system. She does not get along with her father and has not spoken to him in many years.

Mayuri Shiina is a long time childhood friend of Okabe and is a bit of an airhead. Mayuri enjoys creating cosplay costumes and has a part-time job at a maid cafe called “Mayqueen Nyannyan”. She sometimes calls herself Mayushii, which is also what Daru calls her. She typically sings tutturuu when she arrives or introduces herself.

Itaru “Daru” Hashida is an experienced hacker who has known Okabe since high school. He is very skilled at computer programming and with old and new computer hardware. He is also well-versed in things pertaining to otaku culture. Okabe and Mayuri refer to him by the nickname Daru, which is based on his given name Itaru. Daru is often annoyed with Okabe’s frequent delusional behavior. He frequently says things which could be taken as sexual harassment.

Steins;Gate
(シュタインズ・ゲート)
Is a Japanese visual novel developed by 5pb. and Nitroplus, and was released as a video game on October 15, 2009 for the Xbox 360. This is the second time that this companies collaborate, time ago, it was with the Chaos;Head project. On September 26, 2009, a manga adaptation by Sarachi Yomi began serialization in Media Factory’s Monthly Comic Alive. A second manga adaptation focusing on Suzuha Amane named Steins;Gate: Boukan no Rebellion illustrated by Kenji Mizuta began serialization in Mag Garden’s Monthly Comic Blade’s February 2010 issue. An anime adaptation produced by White Fox began broadcasting in Japan on April 6, 2011.
OP
S1. “Hacking to the Gate” ~ Kanako Ito
ED
S1. “okitsukasadoru Juuni no Meiyaku” ~ Yui Sakakibara
WEB

OP ~ Hacking to the Gate