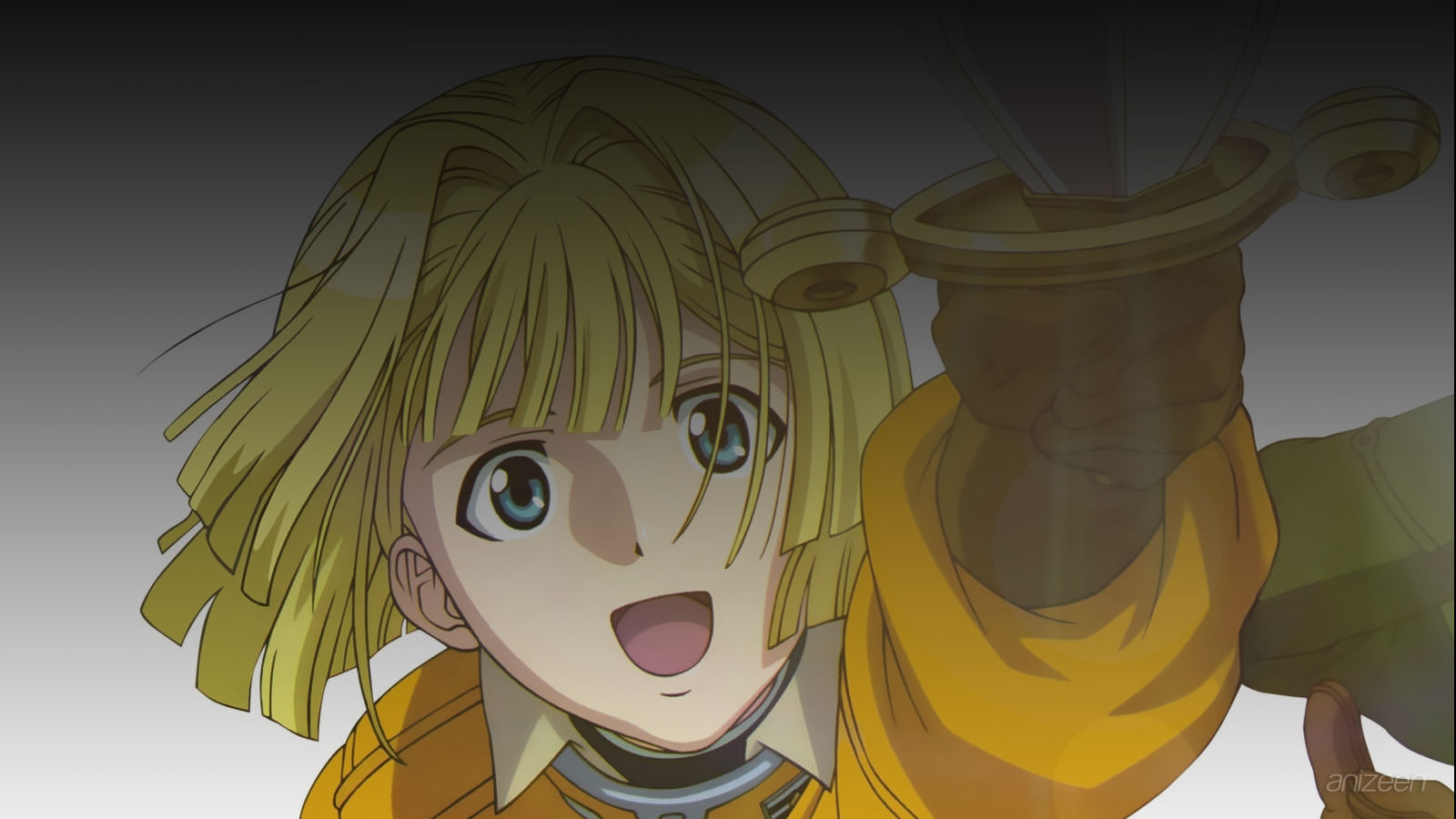 The story is set up in a fictional country resembling Western Europe from the Interwar period. Wireless communication does not exist, and semiautomatic firearms are a rarity.

A ceasefire put an end to the long war between the Royal Empire and the Republic of Frost. Three years later, the Empire is still plagued by starvation, pestilence, and soldiers turning into bandits. To aid in the war relief effort, the “Imperial Army State Section III“, also known as the Pumpkin Scissors, was established.

The name for the group was an idea from one of its officers, the 2nd Lieutenant Alice L. Malvin. According to her, in their war relief efforts they must face the threat of corrupt people who protect themselves behind lies, power, money and many other layers around them like a pumpkin, and the Section III must act like a pair of scissors cutting through those layers and delivering justice to them.

Considered a waste of resources by some, and just an instrument of propaganda by others, the Pumpkin Scissors still take their duty to assist the country’s reconstruction seriously. One day their life starts to change when Randel Oland, a veteran soldier with a mysterious past joins their ranks.

T.A.M.A is a pocket-sized, lime-green creature whom befriends Di-air and terrorizes Ascoeur and Q-feuille when the trio are assigned to investigate the ruins of the GOTT headquarters. With Di-air’s kiss, he was able to gather remnants of nanotechnology to shape-shift into a Genetech Beast. The trio bring him back to the GTO headquarters where Di-air wears him as a pochette.

Pumpkin Scissors
(パンプキン・シザーズ)
A manga created by Ryoutarou Iwanaga, originally serialized in Magazine GREAT in 2002, but later moved to Monthly Shounen Magazine in October 2006. The manga has been licensed by Del Rey as announced at the New York Comic Convention 2007. As of May 2007, there are 7 volumes released so far. An anime adaptation of Pumpkin Scissors, produced by GONZO and AIC, began airing on October 2, 2006.
OP
S1. “Aoki Flamme” ~ Youko Takahashi
ED
S1. “Mercury★GO” ~ Kana Ueda, Yukai na Nakama-tachi
WEB