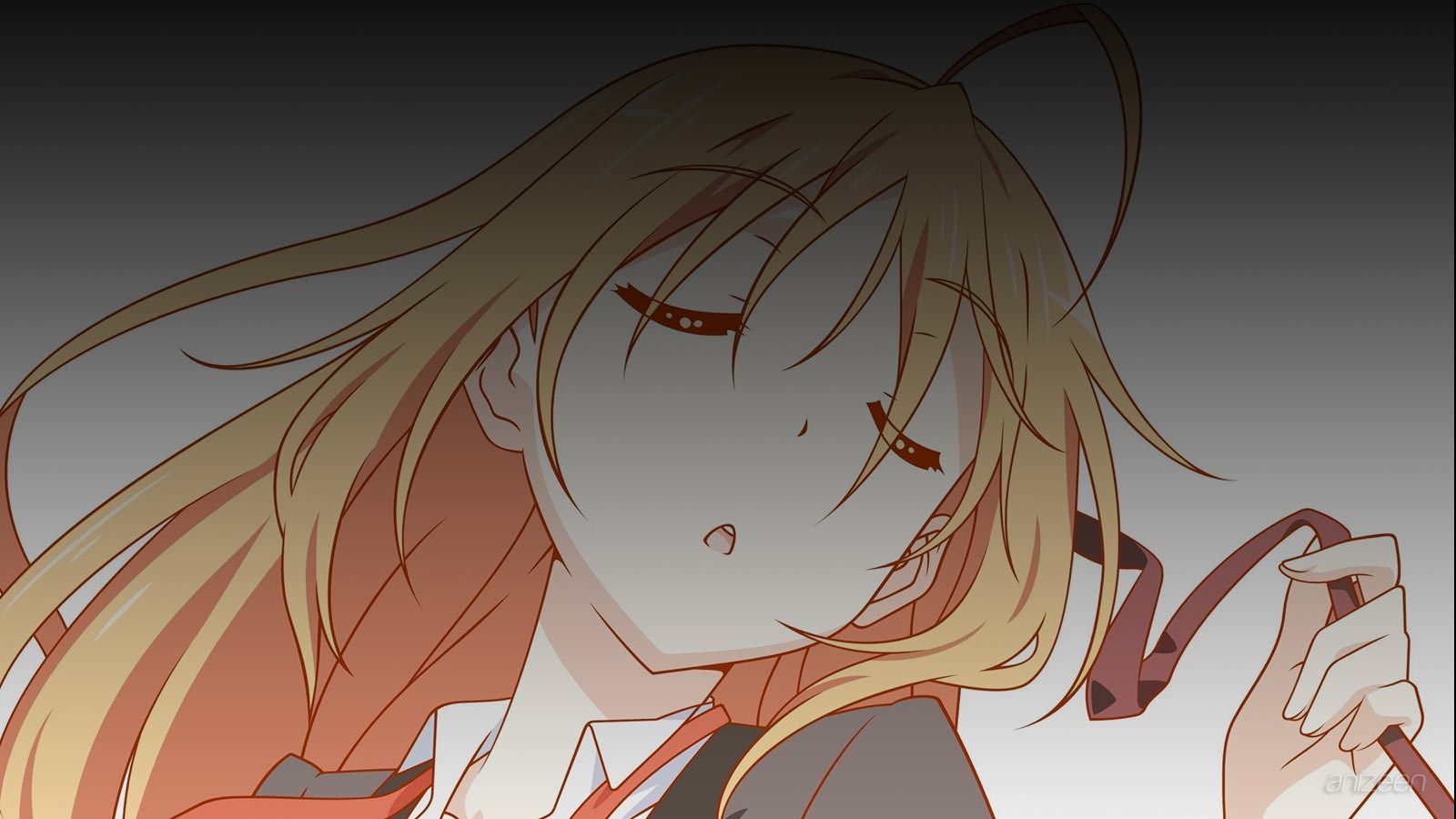 It’s a new day for Kinjirou Sakamachi, who is always woken up in a very unusual way by his little sister Kureha.

After a couple of wrestling moves Kureha tells his brother that breakfast is ready. Both brothers live alone, their father passed away some time ago, and their mother is on a journey to fight the strongest men on earth.

On his way to school, Kinjirou is able to see the excitement that Kanade Suzutsuki, and her butler Subaru Konoe, create every single morning.

Kanade is the daughter of the high school’s principal. On the other hand, Kinjirou is not moved by thm and wonders why is it that nowadays there are still butlers working for rich families.

And Subaru is not a regular butler; he is elegant and so dependable. Every girl in school is attracted to him, he is a dream come true.

That’s exactly where everything begins to turn around for Kinjirou, first, he is said out loud that there are rumors that he likes boys. Something that he denies right away, but he leaves some doubts as he runs scared to the toilet. The same toilet that Subaru went minutes before.

Kinjirou’s main problem is that he has a strange kind of phobia, and if a girl touches him, he can’t contain his blood out of his nose. Now, that he has settled down, his stomach runs on him, while he rushes to enter a cabin, he sees something different, something that is not supposed to be in a men’s bathroom.

Subaru is wearing pink panties and Kinjirou stays frozen right in front of the beloved butler. Kinjirou starts to think strange things and decide that everybody is free to have some secrets, or some strange fetishes.

Now, in order to stop Kinjirou from telling everybody that ‘he’ wears pink panties, Subaru threatens Kinjirou. And lately, uses brute force on him, but Kinjirou is able to resist Subaru’s attacks.

This, until Kinjirou realizes that the pink panties are just the ‘top of the iceberg’ in an almost unbelievable secret.

Subaru Konoe is a third year high school student who works as a butler for the Suzutsuki family. “He”, or, more appropriately she, is a butler who dresses like a male. Because of this combined with her physical features, she is believed by everyone to be a boy until one day, when a boy named Kinjiro Sakamachi accidentally discovers her secret.

Kanade Suzutsuki is the single daughter of the high school’s principal, who, exchange for not saying anything concerning the Subaru’s secret, will “help” Kinjirou with his phobia.

Kinjirou Sakamachi is a second year high school student who discovers Konoe’s secret. He suffers gynophobia, an abnormal fear of women or girls, that makes him bleed when a gilr touches almost any part of his body.

Mayo Chiki!
(まよチキ!)
Is a Japanese light novel series written by Hajime Asano with illustrations by Seiji Kikuchi. The first volume of the novel was published on November 25, 2009. It was revealed that there will be a spin-off manga called Mayo Mayo! (まよマヨ!) on Kadokawa Shoten’s bishoujo magazine, Nyantype. An anime adaptation was announced, and started airing on July 7, 2011.
OP
S1. “Be Starters!” ~ Eri Kitamura
ED
S1. “Kimi ni Gohoushi” ~ Yuka Iguchi, Eri Kitamura and Mariya Ise
WEB