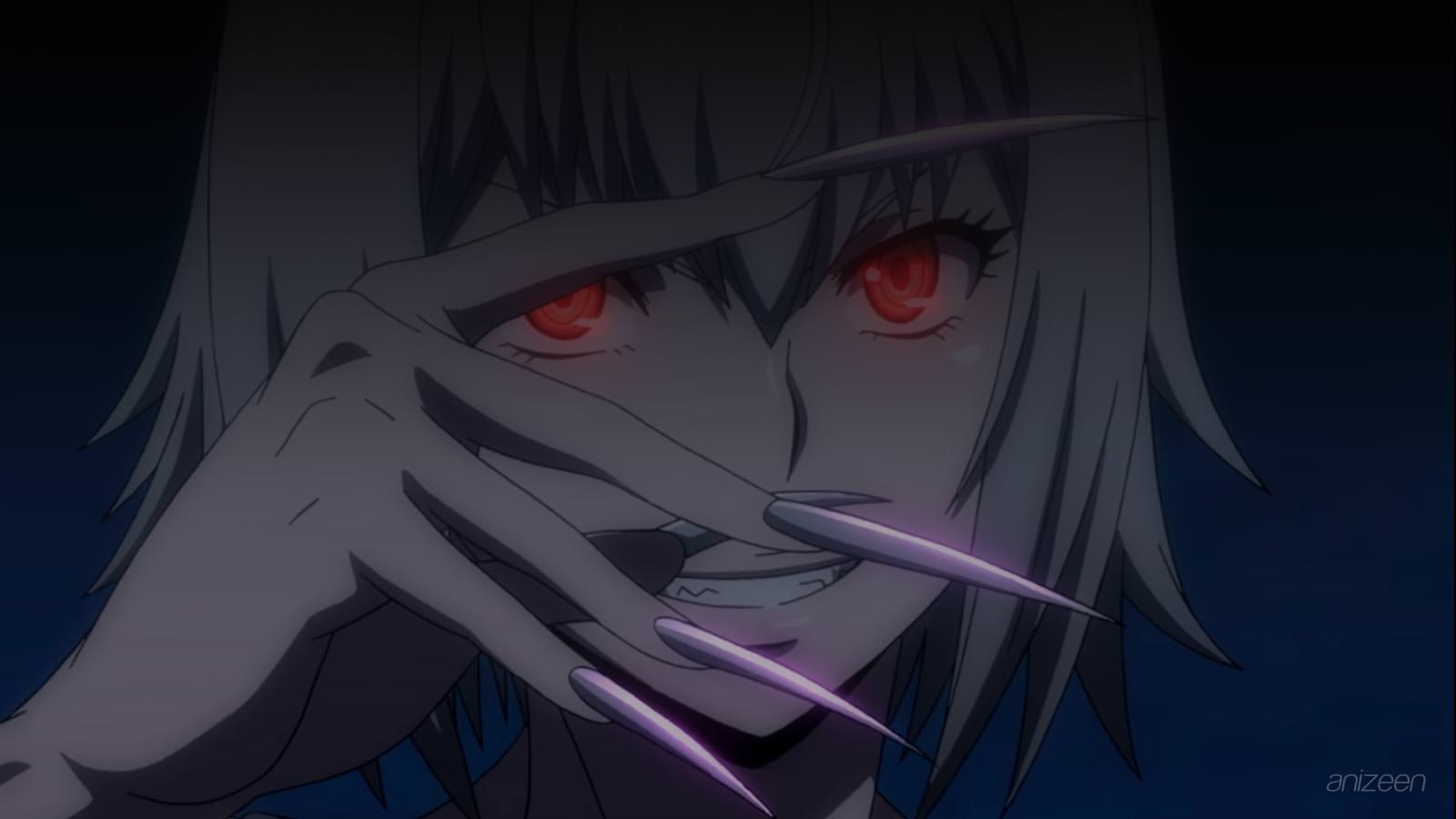 One night, Yuuya is invited by some friends to “pick up girls”, as he drives, the guys inside the vehicle reach out to a girl and simply drag her inside.

They act like crazy, and order Yuuya to keep driving; after all, they only want to have sick fun with her.
Yuuya cannot believe what is happening, first, he hesitates to do something, however he decides to stop the truck. He says this is wrong, but suddenly, the girl shows up and tells him to keep driving.

He asks for his friends, and she simply tells him not to look back, or he might end up dead.

They arrive to a private land; Yuuya cannot control himself and ends up vomiting as he sees a pile or corpses in the ground. In the meantime, the girl, named Hitomi makes a phone call.

Yuuya is scared and begins to walk, he finds a strange place, it seems to be some sort of ring. There, he finds a person who tells him a story about therianthopes, a new species with human intelect, but beasts’ power.

He cannot believe, suddenly the person transforms and gains a lion form, or King Leo. Hitomi rescues Yuuya and begins to bargain for their lives; after all she is supposed to fight the lion. The odds are 100-0, and she decides to gamble, as they prepare for their match.

Hitomi transforms, for her gender or size do not matter she believes the sharper fangs will prevail. In her Brute Ratel form, she is relentless.

She has no problem beating King Leo, and as she prepares to finish Yuuya, he jumps to her thanking for saving him. She is confused, but after receiving a call from her guardian, Reiichi Shidoh, Yuuya ends up helping her treat her wounded body.

The next day, he thinks it was all a nightmare, but as soon as he sees Hitomi, he does not understand why he is alive. She looks like a normal girl after all.

During breakfast, her guardian appears and introduces to Yuuya. He tells him some details about the Killing Bites matches, and entrusts Hitomi to him. Yuuya has been dragged to a dangerous playground.