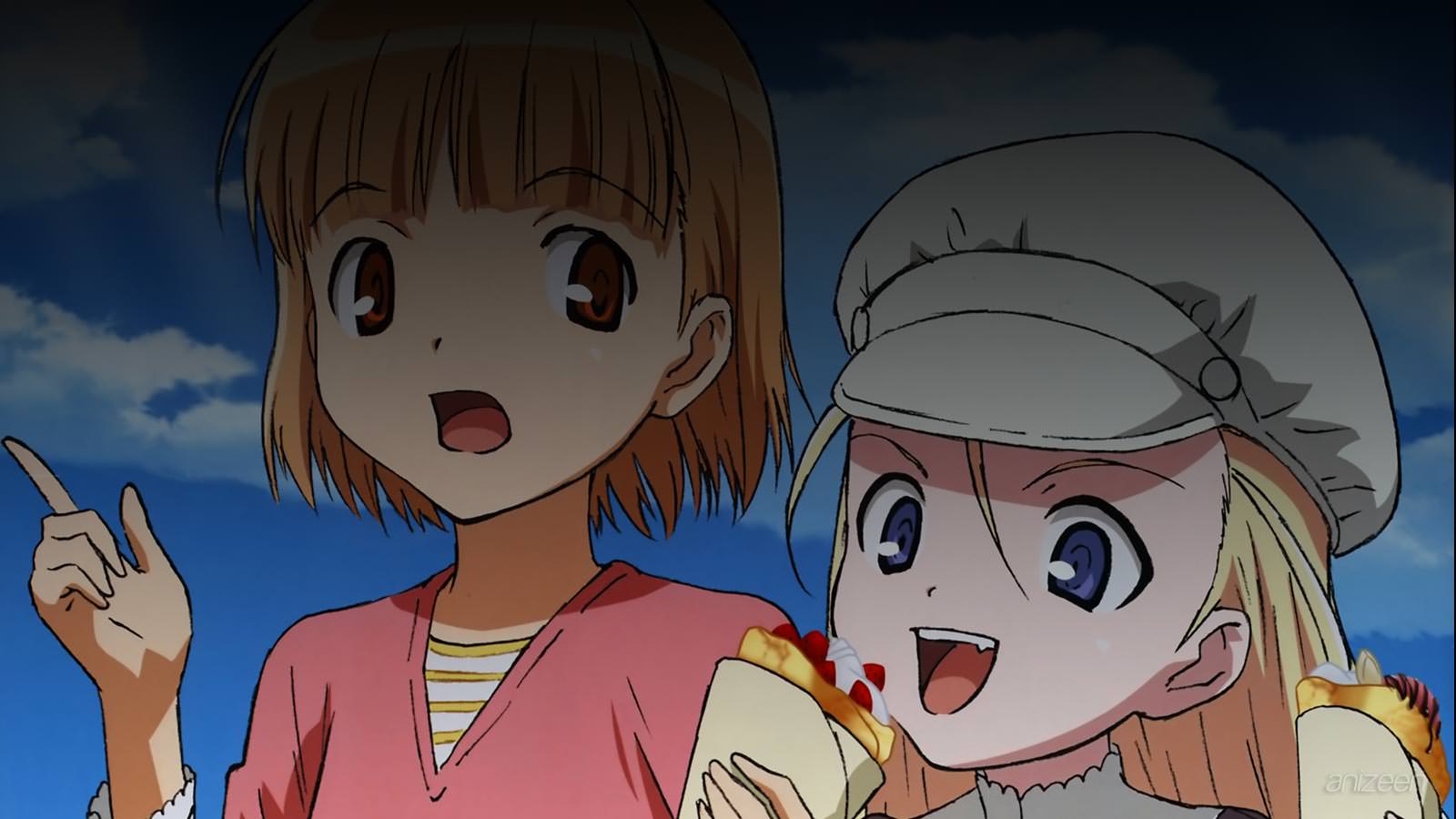 In the 2070’s giant aliens invade Earth, “blow it up real good” and are temporarily beaten off, but at the cost of most of the men of the planet. Now in the 2080’s the alien monsters are back and teen-aged girls are being used as cannon fodder instead of teen-aged boys (who have instead been given the traditional job of “go make the tea”).

Aboard the secret vessel number 113, the Koryu, Sonic Diver Unit team members Eika, Otoha, and Karen help protect against the Worm threat with their mechs.

Sergeant Major Eika Ichijo is quick at making decisions, has fast reflexes, and high stamina. She excels in overall ability much more than the other two pilots. This makes her the perfect choice for leading the Sonic Diver Unit. Overall she has a serious personality.

Master Sergeant Karen Sonomiya is a genius with an IQ of 170 and is an authority on mechanics. She has trouble talking to boys, as she can be quite shy around them. Karen also enjoys writing letters to her older brother.

Master Sergeant Otoha Sakurano is a master with the sword, but is otherwise an unknown in her abilities. She is usually a cheerful girl, although she gets pretty violent with Ryohei Tachibana whenever he says something perverted. Even so, she appears to have feelings for him. She calls her Sonic Diver Unit Zero.

Captain Soya Togo has a close connection with the Sonic Diver Unit. He briefs the girls on their missions along with issuing various commands before and during battle. He is the only member aboard the Koryu that doesn’t wear any traditional type of uniform. Instead he has a leather jacket with a winged skull on the back, a white shirt, and blue jeans.

Ryohei Tachibana, one of the mechanics who work on the Sonic Diver Units. He has a tendency to be perverse, which Otoha gets after him for. He seems to have a psychic connection of some sort with Otoha, and definitely has feelings for her.