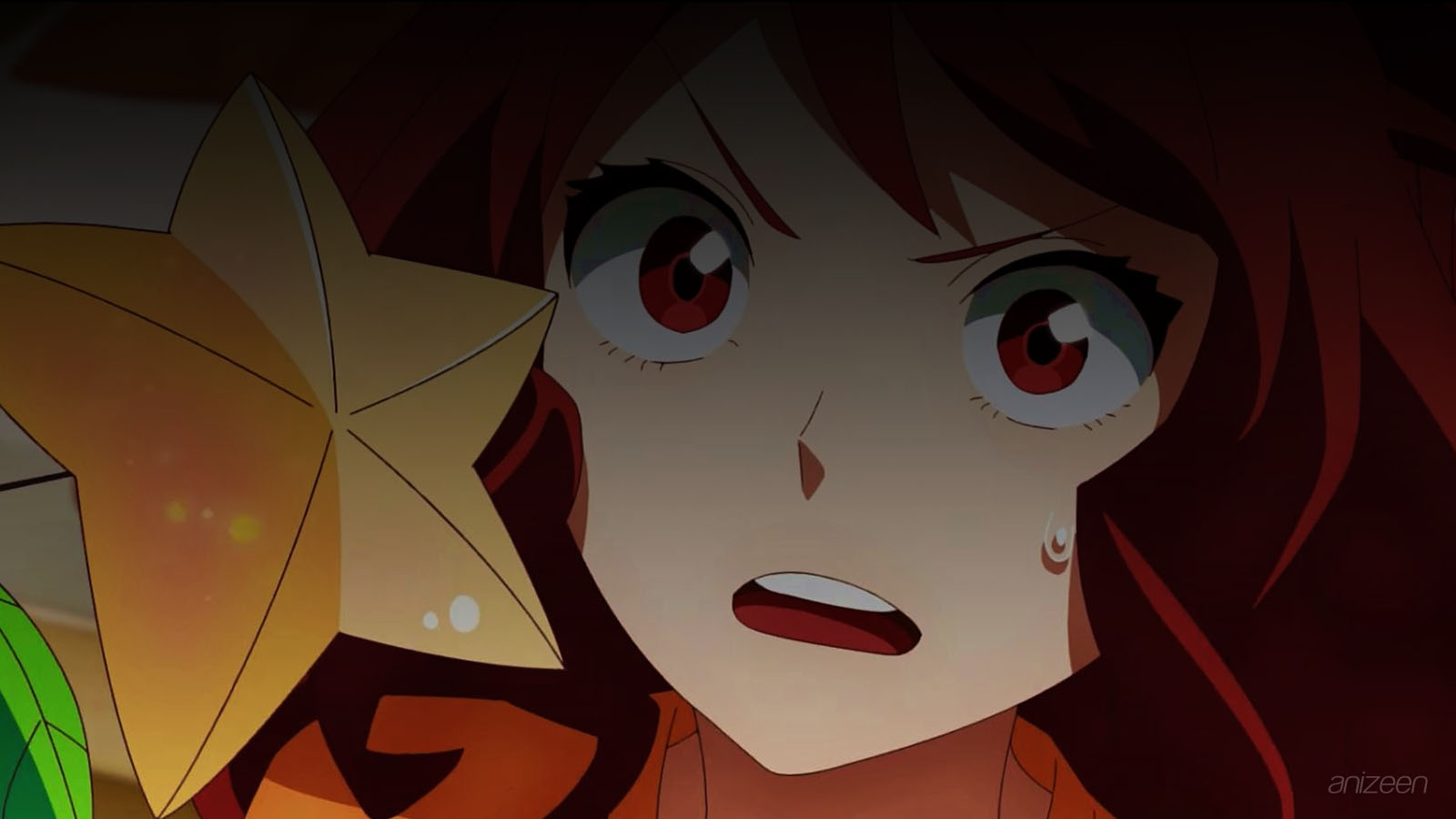 Anzu has just started her high school education, but unlike her classmates, she is happy when she spends time on her own, playing games and eating all kinds of snacks.

This weekend, she’s all set for a video game night, she’s got her bags filled with chocolates and a new game to conquer.

But when she starts playing, something doesn’t seem to be right, and despite being a pretty popular game, the game’s intro sucks, and everything gets worse when she presses start on her console controller.

From the screen, a strange creature emerges, Riri, who says that he has been assigned to assist Anzu on a mission.

Despite the strangeness of the situation, Anzu is slightly surprised to see Riri floating in front of her. He informs her that after studying her case, Anzu has been selected to participate in a real life game.

Riri says, that from then on, Anzu should start to take an interest in the common things that appeal among girls her age, and of course, dating boys will be her first priority.

Anzu is immediately upset, telling him that she doesn’t have time to go out with a boy, and that her life is perfect just the way it is. She has her favorite games, her chocolates and her beloved cat Momohiki.

Riri doesn’t waste another moment, and tells Anzu that is exactly why she cannot concentrate on her new duties, and that all those obstacles will magically disappear from her life.

Anzu panics, and demands Riri to get out of her presence, but the little wizard has it all planned, and Anzu will never have any of her pleasures again, unless she is serious about having a romance relationship.

She starts opening the boxes of her video games, and Anzu sees all are empty, meanwhile, Riri devours the chocolates she had for the weekend and her cat leaves the room and ignores her for completely.

Meanwhile, Anzu’s father comes home and informs the family that he has been transferred abroad, which seems impossible, after all, he is a postal worker. But Riri’s power is such that everything around Anzu’s life has changed.

The next day, the girl’s parents leave her home, and tell her daughter that in the next few years she will have to take care of the house on her own.

In total panic mode, Anzu runs to the convenience store to buy chocolates, finding it impossible to find any on the shelves.

As she leaves the store, she bumps into a young man and inadvertently causes him to drop and break his mobile phone on the ground. Anzu offers to pay for the repair, but he, Tsukasa, tells her that it was also his fault for not paying attention.

The next day, Anzu bumps into Tsukasa before taking the train to school, and at that moment Anzu realizes that Tsukasa is very popular among the girls, and is disgusted at the way he behaves before them, even refusing to receive a love letter from one of them.

At that moment, Anzu makes a decision, she will never be interested in a person like Tsukasa, and no matter how many handsome guys Riri sends to win her over, she doesn’t want to know anything about romance.