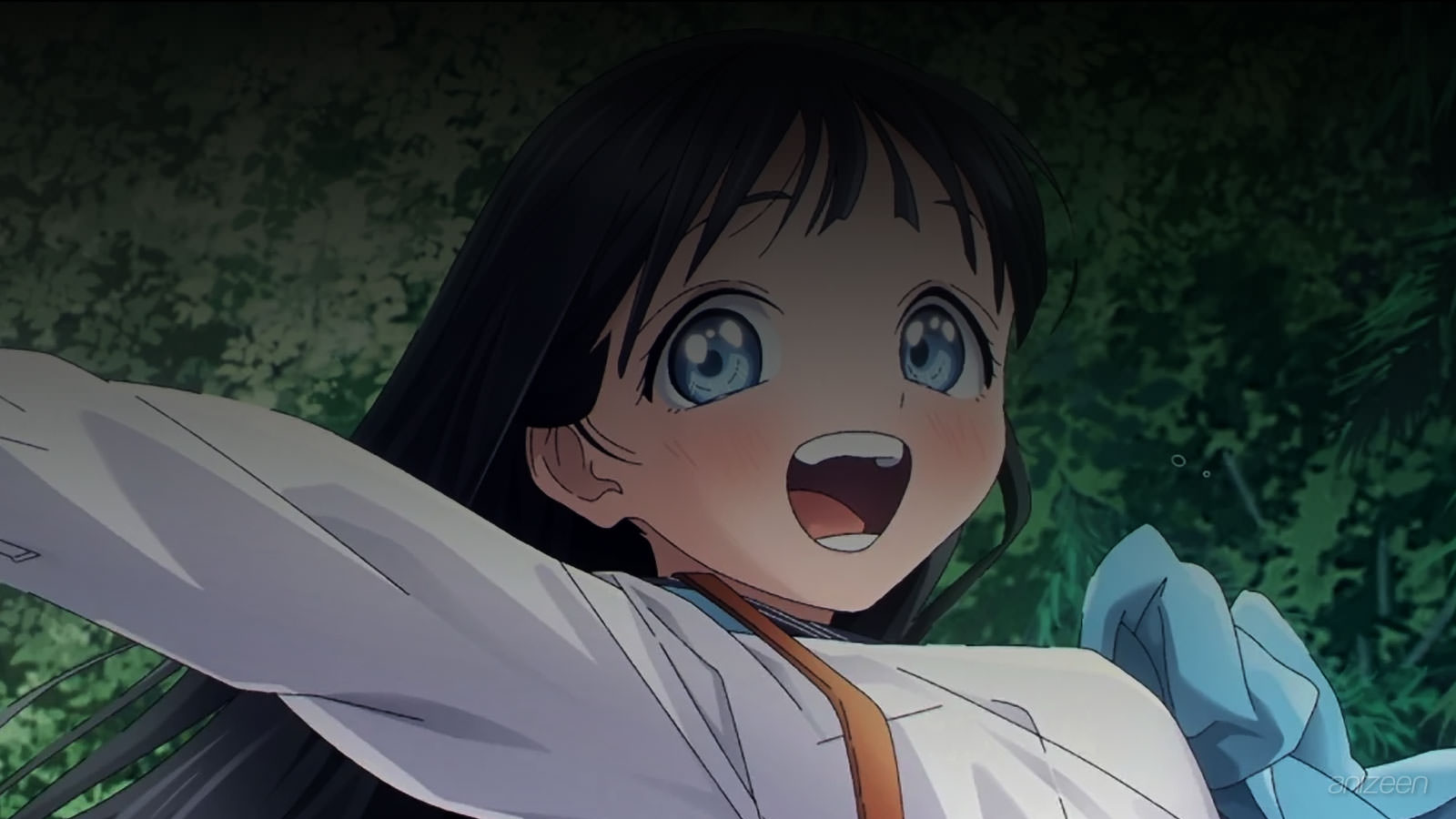 Komichi has been obsessed with the traditional sailor-style uniform her mom wore in middle school, and if that was not enough, her favorite idol, Miki, looks spectacular wearing it in every concert.

Thus, when she is accepted to attend the same school as her mother, Yuwa, the young woman begins to get excited and prepares everything for her first day of school.

However, before that happens, the young woman asks her mother to make her the uniform that she has dreamed of for so many years.

Later, we see Komichi, her mother and her younger sister Kao, looking for the necessary materials.

Finally, Yuwa asks her daughter to try on the long-awaited uniform and verify it fits her. But it is not necessary, she looks amazing.

When the expected day arrives, Yuwa accompanies Komichi to school, and while she observes her surroundings, there is a small detail that catches her attention, not a single student is wearing the same uniform as Komichi, instead they carry a formal jacket and skirt.

At the end of the opening ceremony, Yuwa and Komichi talk to the school principal, Yuwa is incredibly sorry for not confirming the required uniform.

The principal does not give it much importance, and she actually looks at it with nostalgia. To everyone’s surprise, she allows Komichi to decide if she wants to continue wearing the uniform, even if it means standing out from the rest of the students.

Komichi feels embarrassed, even heartbroken, standing out above all her classmates is a great commitment, it could even cause her problems.

But as soon as Kao says a couple things to her sister, she regains her trust. And despite being nervous, Komichi decides to continue wearing the uniform that her mother made for her.

The next day, she wakes up very early and runs to school. Once in her classroom, she discovers that one of her classmates, Erika, is already inside. Komichi is surprised to see that the girl is cutting her toenails.

Once noticed, Erika implores her to forget what she has seen, but Komichi does not care and they start talking.

At that moment, Komichi realizes that she is not the only one feeling nervous, and that anxiety seems to be something natural when you start a new stage in life.