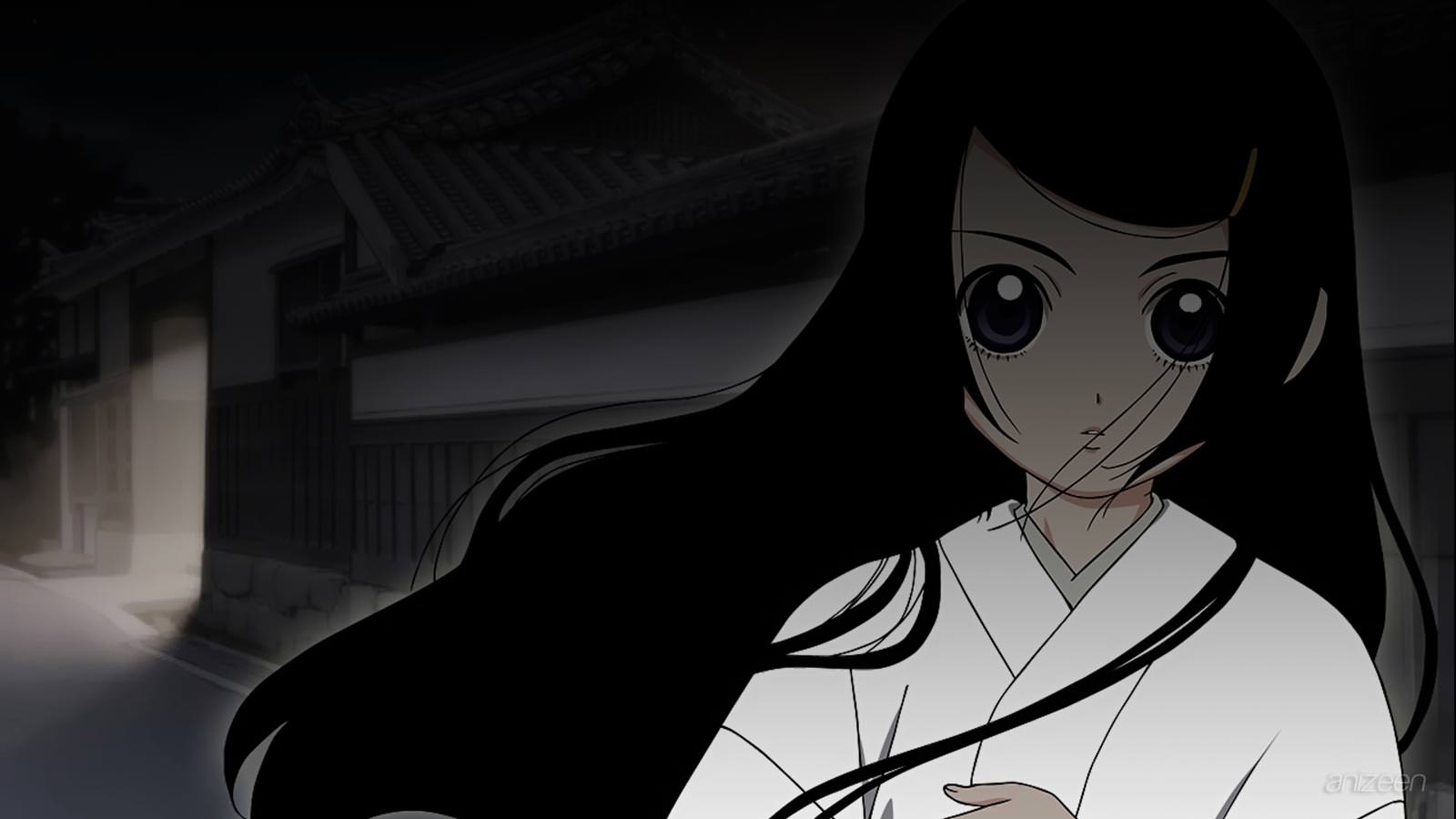 11 years ago on September 22nd 1996, Komori Tarou, then 3, was kidnapped with his sister Komori Mizuka, 8. The kidnapper demands a ransom but does not specify a place, causing many difficulties for the Komori family and the police. However, the police successfully track the kidnapper down. He tries to escape but is struck down and killed tragically by a truck.

The police, however, do not know where the children are being held and thus cannot find them for the next four days. A local call informs them of the possibility of the children being held in an unused hospital in the dam. The police search the hospital and find the children but Mizuka has passed away and Tarou is near unconscious. Shortly after on October 2nd Makoto’s father Oogami Hideo is found dead in a locked room with his eyes slit arousing suspicion.

The series is set in the modest town of Suiten, located in a remote mountain region in the island of Kyūshū, and follows three boys who have each had traumatic encounters in their childhood and learn to transfer their souls into a parallel world known as the “Unseen World”. The Unseen World is however undergoing a change, with its ghosts starting to appear in the real world, which is therefore also being subject to changes.

Tarou Komori is a narcoleptic 14 year boy and the main protagonist. He was kidnapped along with his older sister Mizuka 11 years ago, but only Tarou was rescued alive. Since then, he has out-of-body experiences (O.B.Es) during his sleep, and has the habit of recording what he sees in them in order to figure out the reason for it. He is currently seeking help from the school psychologist to help him work them out, and remember details from certain dreams.

Makoto Ougami is a silent but hot-tempered boy who shares resentments towards Tarou because of the kidnapping incident. His grandmother, a local seer, told the police where to find the kidnapped children; his father committed a bizarre suicide shortly after they were found. Makoto’s family founded a religion of which his grandmother currently serves as the central point. He avoids contact with his classmates and rarely comes to school. He has O.B.Es like Tarou and Masayuki, and is able to produce them while playing his guitar. When he was a baby he was dropped by his mother, which resulted in brain injuries requiring a serious operation – although he seems fairly fine despite the accident, he says he is unable to see why killing is wrong.

Masayuki Nakajima was recently transfered to Tarou and Makoto’s school from Tokyo, he tries to make friends with both, but is utterly rejected due to his irritating attitude. Later he is shown investigating the incidents involving their familes 11 years ago, while trying to find a connection between them. He tends to be very confident, arrogant and rude, and doesn’t seem to care at all whether people like him or not. He has had a fear of heights ever since he bullied someone to suicide by jumping off the school roof, and the victim left a message on the blackboard cursing Masayuki.

Miyako Komagusu is a mysterious young girl with the ability to see ghosts. She is somehow able to see Tarou’s spirit during his O.B.E. She lives at a shrine, which seems to have a lot of paranormal activity surrounding it.

Shinreigari/Ghost Hound
(神霊狩/GHOST HOUND)
Is an anime TV series, created by Production I.G. and Shirow Masamune, noted for being the creator of the Ghost in the Shell series. The original concept and design was first developed by Shirow in 1987. It is Production I.G’s 20th year anniversary project and was first announced at the 2007 Tokyo International Anime Fair. It premiered on Thursday, October 18, 2007 in Japan on WOWOW. A manga adaptation, featuring art by Kanata Asahi, has also been serialized in Comic Blade.
OP
1. “Poltergeist” ~ Mayumi Kojima
ED
1. “Call My Name ~Kazenari no Oka~” ~ Yucca
WEB