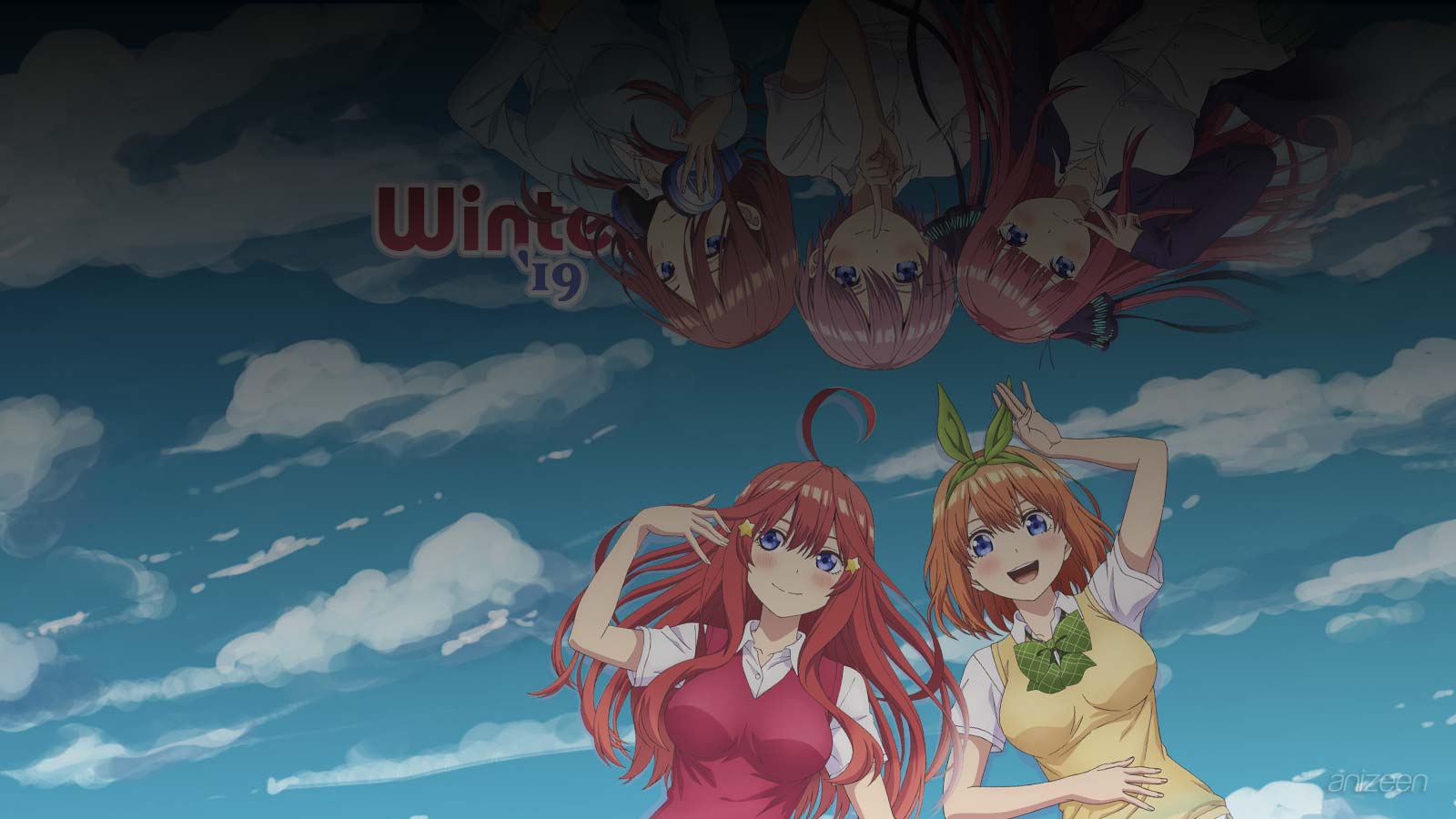 If you were not aware, a new year is about to hit us, and it does not look pretty, however, we should be grateful for being alive, it is such a privilege. Let us look forward to the new year and make the most out of it.

Now, in terms of anime, the Winter Anime Season 2019 has some intriguing series and new characters, hopefully, good to keep us entertained, if not distracted from the upcoming chaos.

We begin in a familiar setup, where an otaku, named Naofumi, is summoned to become a hero in a parallel world. In Tate no Yuusha no Nariagari, he is supposed to join a team of heroes to fight the result of a prophesy, however, he will end up alone, without money and betrayed.

Back in our time, there is a strange legend in the city, it says there is a character known as Boogiepop, able to release people from their pain and suffering. In Boogiepop wa Warawanai, female students are disappearing from school, and there is a growing mistery involved, however, is it the Boogiepop?

In a different world, we find a happy kingdom, where Princess Yuuki lives; she is innocent, naive, expressive, and often laughing, crying, or getting angry. In Egao no Daika, she will learn that life is a bit harsh sometimes, and she will be helped by her loyal vassals, specially Stella Shining, a girl who is always smiling, but does not let others see her true feelings.

Back in Earth, Ueno is a real genius, and she is only a junior high student. In Ueno-san wa Bukiyou, she is president of her school’s science club, has already invented many handy gadgets for her own use, however, she is clumsy and turns awkward when she talks to Tanaka, one of her peers in class. In addition, do not mention romance, or she will freak out immediately.

Then, in a near future, e-sport utilizes a mix between virtual and augmented reality technologies. In Circlet Princess , Yuuka will join the Saint Union Academy, and enter their Circlet Bout team. If you win, the wealth of the school increases, and it becomes the real ability for them. And it will also consider the students’ academic skills, and the data based on the sport ability, art or habilities.

Meanwhile, in a different time and place, mysterious flying creatures known as Zai appeared, and humankind has to fight back. Searching for alternatives, they have created special fighter aircrafts called “Daughters” and automatic fighting mechanism knowns as “Anima”. In Girly Air Force, Anima are shaped like human girls, one of those is Guripen, considered humanity’s best weapon, she will meet a young man named Kei, who yearns to fly in the sky.

Now, if you want a man in distress, meet Futaro, a poor high school student. He comes across a private tutoring job with good pay; however, his new pupils are his classmates. In Go-Toubun no Hanayome, these girls are all troublemakesrs, hate to study and are on the verge of flunking out the year. Oh, and one more thing… they are quintuplets!

Finally, when Earth is threatened by the sudden appearance of undead creatures, a group of young women blessed with powers from a mysterious source will fight to defeat them. In Mahou Shoujo Tokushusen Asuka, after three years of apparent peace, the same malevolent creatures have resurfaced, and five magical girls will defend humankind from an unholy nemesis.

Also, for those who can reach a theatre near you, check films such as: Code Geass: Fukkatsu no Lelouch, Gekijouban Youjo Senki, Gekijouban Dungeon ni Deai o Motomeru no wa Machigatte Iru Darouka: Orion no Ya, Gekijouban Soushuuhen Made in Abyss, Love Live! Sunshine!! The School Idol Movie: Over the Rainbow, Ashita Sekai ga Owaru to Shite mo or Psycho-Pass: Sinners of the System

Have a great holiday season and a better 2019!