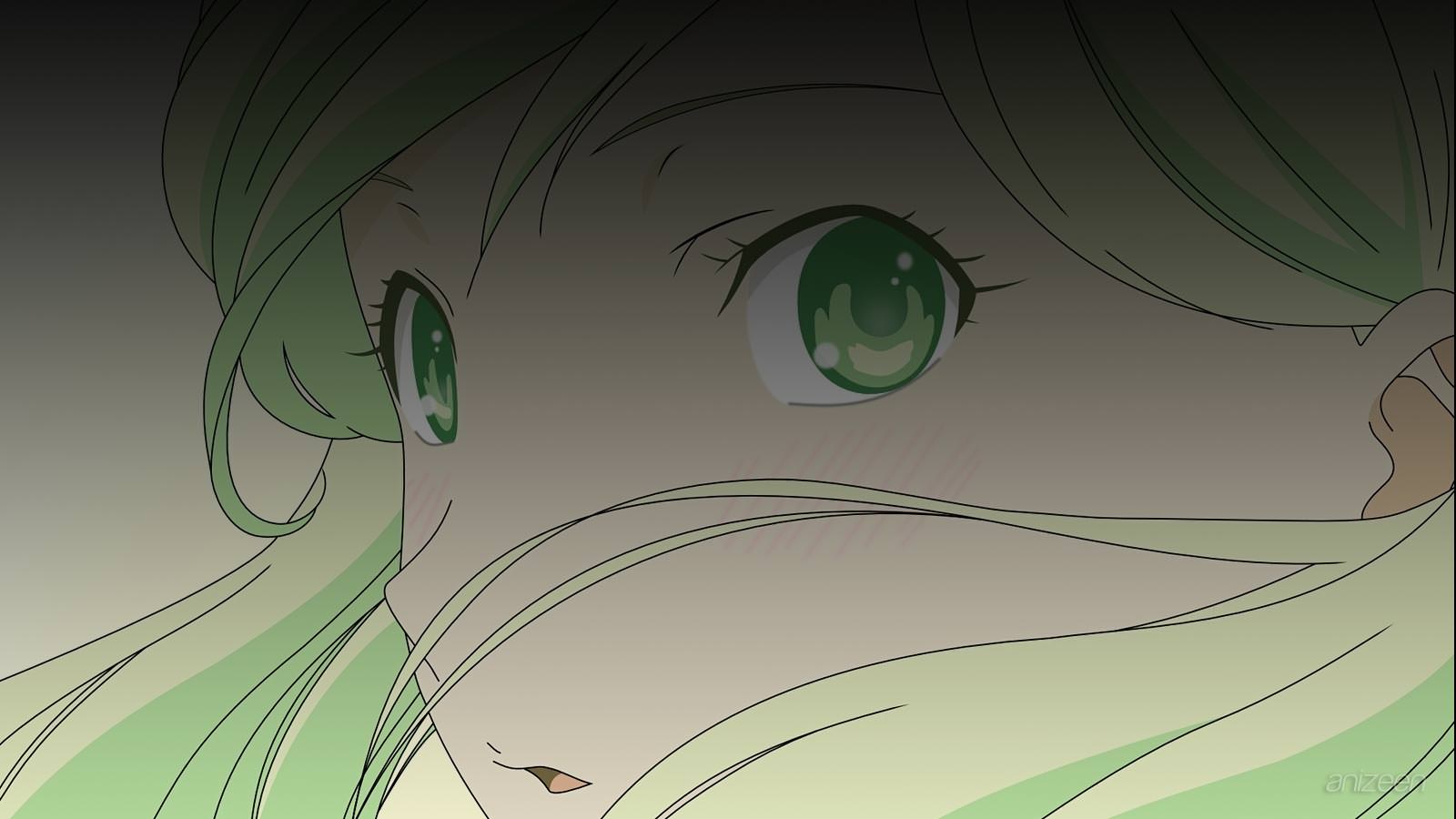 Ayumi, a second year middle school girl, dreams of being taken away by her prince. She declares to her girlfriends that she will accept and date the first boy who confesses to her and sticks to her stance even when her girlfriends tell her that the boy’s looks should be important too.

Some time later, Ayumi is stopped in the street with her friends and presented with a love letter from a boy. But this isn’t at all what Ayumi was expecting, the boy is a monstuous high school student named Misao Zaitsu, who is one of the toughest guys in the neighborhood. Misao is the kind of person that frightens strangers and his face causes children to cry.

Misao tells Ayumi that she can answer later and walks off. Ayumi is horrified by the situation, and her girlfriends remind her of her promise to date the first boy who confesses to her, which horrifies Ayumi even more. Ayumi’s imagination goes wild and is fed by everything that her friends say.

Every day Misao waits for Ayumi and walks her to school and back, waiting for her answer. Finally after a week Ayumi collapses in class from the cumulative stress. Ayumi’s friends tell her to go to the Nurse’s office, but she has no strength.

At that point Mamoru, a boy in Ayumi’s class, picks up Ayumi in his arms in the same manner as Ayumi has imagined that her prince would do, and carries Ayumi to the Nurse’s office. Ayumi starts to imagine that Mamoru might be her real prince, but then as he turns to leave Ayumi hears his family name, Zaitsu.

Ayumi asks if Mamoru has an older brother, and Mamoru cheerfully confirms that he does, and that the brother is the same Misao who is enamored with Ayumi, after hearing this, Ayumi faints with the thought that she is trapped.

Ayumi Arihara is a middle school student, she shows she can be somewhat caring as well as crafty. She’s also unusually strong for her size and build, as demonstrated when she knocked out Misao with a single kick. She falls in love with Misao’s younger brother Mamoru after he carries her to the infirmary in the manner that she had been dreaming.

Kei Enomoto is one of Ayumi’s friends, Kei is apparently very popular with guys due to her “mature” face. However, she sees the attention she receives as a hassle, and believes confessions of love are just a chore if the feeling isn’t mutual.

Koyoi Bessho is another one of Ayumi’s friends, Koyoi has an open brother complex with her brother Yoshihiko. For a while when Misao started hanging around, she, along with Nao Chikura, stopped walking home with Ayumi.

Rika Dobashi, seemingly the most level headed out of the group, Rika seems to enjoy teasing others. A well known tom-boy, she excels in athletics and has been stated to be domineering. She is in the same grade as Ayumi. She became close to tennis player Haruto Terai when he started physical training with her, and over time became attracted to him.

Nao Chikura is another one of Ayumi’s friends and classmates, Nao is somewhat envious of Kei’s attention. Along with Koyoi, she, for a while, stops walking home with Ayumi for fear of Misao. Being a member of the art club, she came to admire the artist who made the painting of a Sakura tree, Renjou Yukito, and after meeting him, asked him to assist her in making her own painting.

Mamoru Zaitsu is a cheerful boy who dreams of being a paramedic, Ayumi falls for Mamoru quickly when he offers to take her to the nurse. Although he is in Ayumi’s class, Ayumi only realizes that he is in fact Misao’s younger brother a day after she meets Misao. He is somewhat taken back by Ayumi; he believes she is more fearsome than she may appear.

Misao Zaitsu, with a monstrous face and a huge body, Misao is feared by anyone who sees his face or knows his name, with the exception of his childhood friend and neighbor, Misaki Yamamoto. As expected, he is a capable fighter with plenty of enemies. However, he is also unexpectedly shy; being unable to convey his feelings through words, he writes his confession on a note, and he is unable to bring himself to even say Ayumi’s name.

Hatsukoi Limited
(初恋限定。)
Is a Japanese shounen romantic comedy manga by Mizuki Kawashita. It was serialized by Shueisha in the manga magazine Weekly Shounen Jump from October 2007 to May 2008 and collected in four bound volumes. The series depicts vignettes in the love lives of eight girls in middle school and high school. An anime adaptation produced by J.C.Staff began broadcasting in Japan on April 11, 2009 and is scheduled to run for twelve episodes. A drama CD adaptation was released in February 2009, and a light novel in March 2009.
OP
S1. “Future Stream” ~ Sphere
ED
S1. “Hatsukoi limited” ~ marble; “Gensou no Basho, Sorezore no Michi no Ue” ~ marble ep 6; “Sora ni Mau” ~ marble ep 9.
WEB