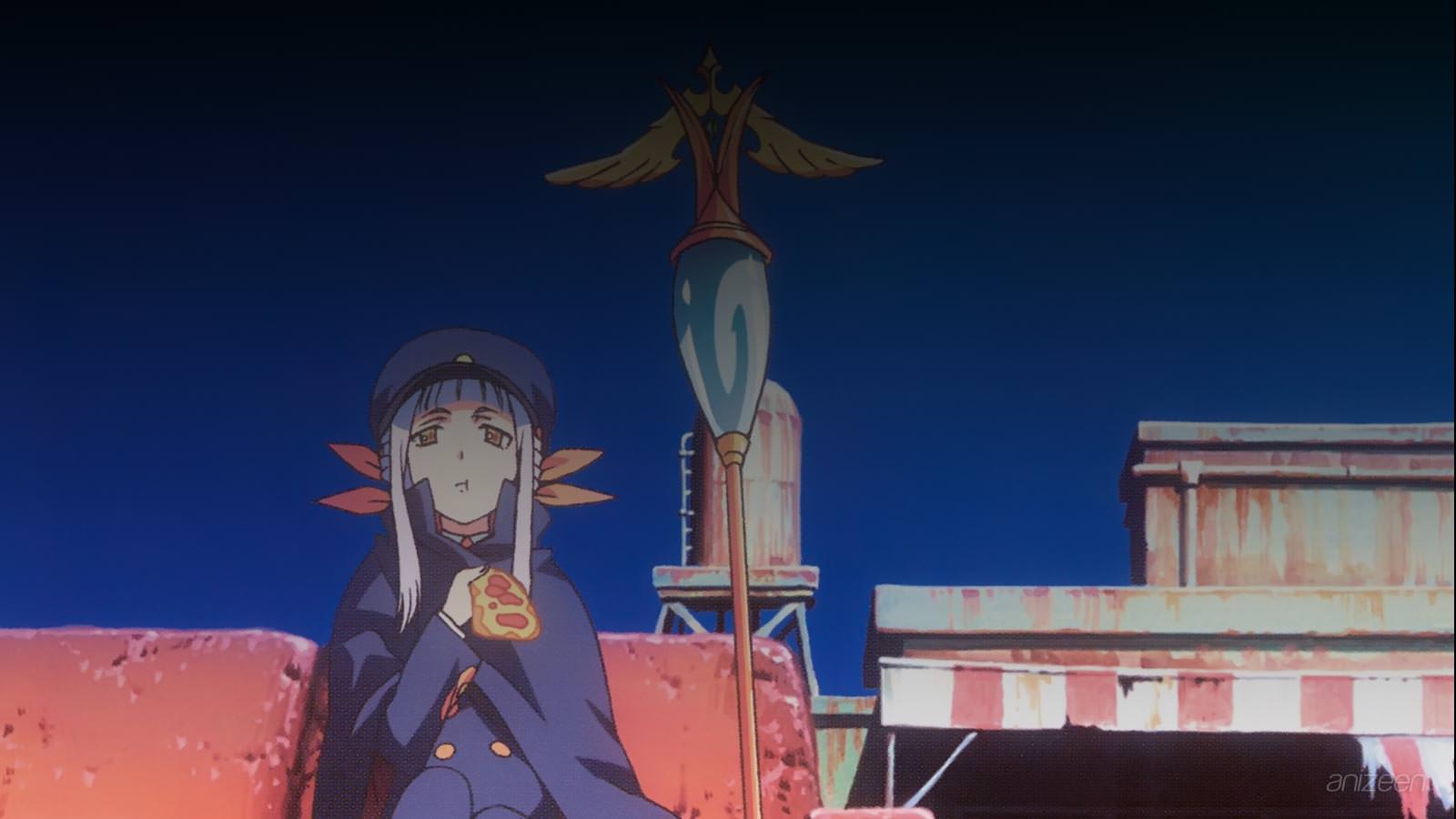 A teenaged amateur scientist, named Shouta, is getting all hot and bothered by his near success in making a small rocket on a roof top and by the general hotness of his almost-girlfriend Asuna. But just as Shouta is about to “confess” to Asuna she gets a phone call and has to leave to see the police because her father has been found murdered.

While Shouta agonizes over the fact that Asuna would speak with the police about her father’s death rather than feed Shouta’s ego, a deadpan-faced loli named Fumika, a shigofumi mail carrier, appears and offers Shouta a letter from Asuna’s dead father, on the condition that Shouta is Asuna’s boyfriend.

Shigofumi mail carriers are assigned a specific area that they deliver letters to, just like a normal mail carrier. When they are not delivering letters from the dead, they are in another realm called Shigo. The mail carriers are usually now-dead humans who do not age, but Fumika does age, signifying that she is not dead yet.

Since Shouta won’t admit to being Asuna’s boyfriend, Fumika is about to leave with the letter, but Shouta tells her to stay and that he will “become” Asuna’s boyfriend by making his rocket work.

Fumika works as a mail carrier to deliver “after death letters”. These letters are written by people after they die and are delivered to the person the letter is addressed to in the living world. The letters contain things that the now-deceased could not say while they were alive, such as things they wanted to say before they died, or even to inform others about who killed them in the case of a murder.

Kanaka is Fumika’s talking staff Kanaka which can also float of its own accord and likes to be treated as if “she” were a human. In contrast to Fumika who is quiet and serious about her job, Kanaka is loud and boisterous.

Shigofumi
(シゴフミ)
Is a Japanese television anime series, created by Tomorou Yuzawa and produced by Bandai Visual and Genco, which premiered in Japan on Chiba TV and other networks on January 6, 2008. A light novel series was originally adapted from the anime’s premise set by Tomorou Yuzawa, featuring story composition and illustrations by Ryou Amamiya and Poko respectively. The first novel was published in Japan on October 10, 2006 by MediaWorks under their shounen label Dengeki Bunko, and the fourth and final novel will be released on March 10, 2008. Despite the novels being produced first, the anime is considered the original work, as stated by Yuzawa.
OP
1. “Kotodama” ~ ALI PROJECT
ED
1. “Chain” ~ Snow*
WEB