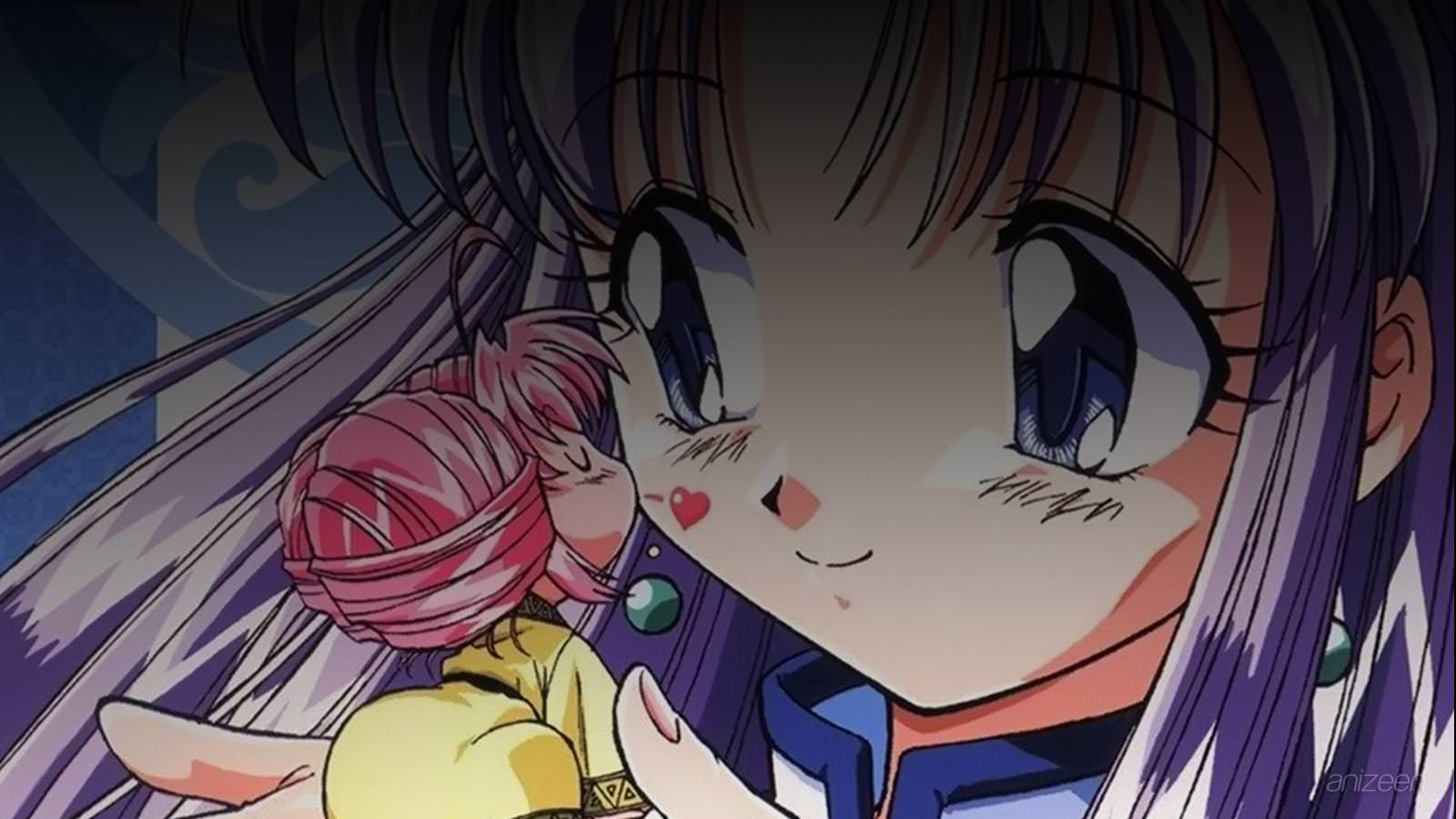 Tasuke Shichiri is a high school student, for some reason, his father and sister are always traveling. For his classmates, he lives on his own, completely free.

But things are about to change, one day his father sends him a strange artifact from China, the shitenrin, the letter says that only the pure of heart will be able to see through it.

Tasuke does not pay much attention and leaves the artifact in the living room. He starts preparing dinner, and then he notices something strange from the shitenrin, and as soon as he touches it, a huge light comes out of it including Shaorin Shugogetten, a goddess who claims to protect Tasuke at all cost.

Shaorin has been away from the world for a long time, and she believes his master’s house, or fortress, is in danger. As soon as she introduces herself, she goes outside, casts a spell, and summons some of her assistants, or hoshigami.

In the meantime, Tasuke tries to understand what has happened, and accidentally turns on the TV, for Shaorin, the show seems like a threat and summons help, in the end, she destroys the television and sends Tasuke to sleep.

The next morning, Tasuke wakes up thinking he had a strange dream, but once he sees Shaorin runs out to school, ordering Shaorin to stay in the house. She cannot allow his master to go alone, and summons Rishu, a hoshigami to stay at his side.

Shaorin is unease and decides to follow her master, she finds out that school is a terrifying facility and decides to do something and set the kids and Tasuke free.

She enters a biology class, where the teacher was about to dissect a frog; she asks about the frog crimes, why she must be sacrificed, instead, she asks the teacher to take her life.

Tasuke finds Shaorin, panics and tells her to go home, but it is too late, she already built a tunnel to escape. He tries to take a break and goes to the bathroom, just to find Rishu has been in his back the whole time.

Shaorin summons a lot of hoshigami and orders them to destroy the prison that keeps his master captive.

In the process, everything is destroyed, fortunately, Tasuke and Rishu are able to escape, but Tasuke tells Shaorin that she cannot do such things in this time. She will have to learn before she can go outside with him.