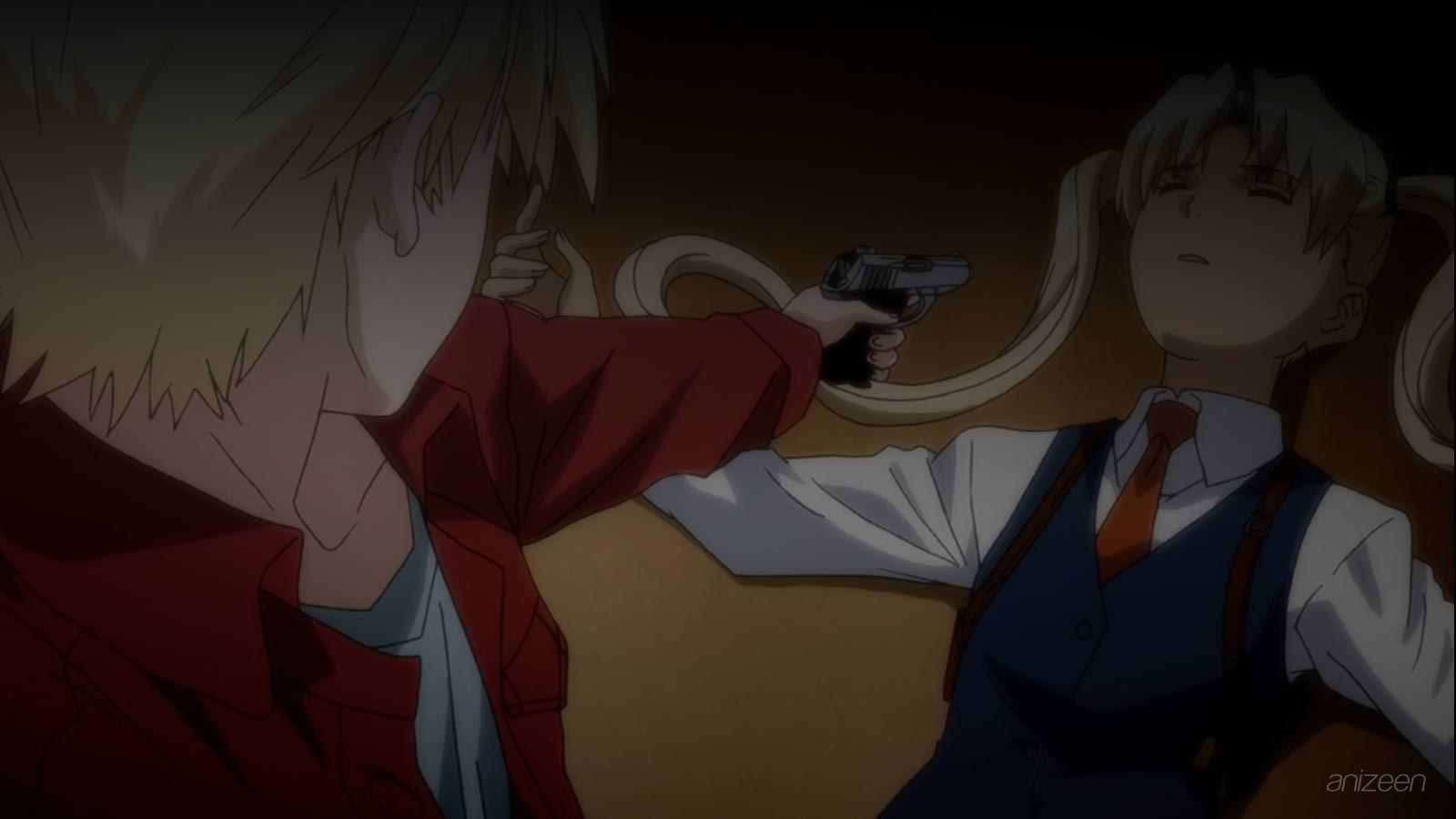 Set in modern-day Italy, Gunslinger Girl follows the exploits of the Social Welfare Agency, or simply “the Agency”, ostensibly a charitable institution sponsored by the Italian government.

While the Agency professes to aid the rehabilitation of the physically injured, it is actually a military organization specializing in counter-intelligence and counter-terrorism. It comprises two independent branches, Public Safety and Special Ops, with Public Safety being its surveillance and intelligence-gathering arm and Special Ops its anti-terrorist division.

Special Ops is itself divided into Sections 1 and 2, the latter of which employs young girls fitted with cybernetic implants as agents. The implants, which consist of synthesized muscles and carbon fiber frames, result in heightened strength and reflexes as well as high resilience to damage and pain.

Each girl is paired with a male trainer, or “handler,” and together they are referred to as a fratello. The handler is responsible for the training, welfare and field performance of his charge, and is free to use whatever methods he considers suitable.

While these methods vary according to the handler, a common part of each girl’s regimen is brainwashing called “conditioning,” which produces a deadly assassin with unquestioning loyalty to her handler.

In Gunslinger Girl -Il Teatrino-, while preparing to return to Italy, Giuseppe and Hilshire go to an antique store in France to pick gifts for their partners, Henrietta and Triela. On the train home, Giuseppe has a flashback to when he was assigned to the Balkans and had to leave his younger sister, Enrica, with his older brother, Jean.

Back in Italy, Giuseppe and Henrietta join Jean and his partner Rico, as well as Hilshire and Triela, as they chase a group of bombers after they conduct an attack. With aid from all parties, the bombers are captured. Later at the headquarters, Henrietta goes to Giuseppe’s room, and finds inside a kaleidoscope addressed to a “Louise Antoinette Rolle,” whom Henrietta suspects is Giuseppe’s lover.

Heartbroken, Henrietta returns to her room, and voices this suspicion to her roommates, Claes and Triela. Claes recalls that the woman in question is the mistress of a nineteenth century author who commonly used the character “Henrietta” in his novels. Pleased, Henrietta joins Giuseppe stargazing, while Claes remarks that the kaleidoscope is likely fake.

Henrietta was left for dead after the brutal murder of all six members of her family, Henrietta is the newest addition to the Agency as the story begins. She was sexually assaulted repeatedly next to the dead bodies all night, which had inflicted psychological trauma to her, making her suicidal. Her struggle is the most developed of all the girls as she adjusts to her new life. Henrietta’s favorite activity is to spend time with her handler, Giuseppe which would be looking at the stars or discussion about mythology.

Rico was born with severe birth defects confining her to a hospital since birth, Rico’s parents signed her over to the SWA on her eleventh birthday, where she was given a new lease on life due to her cybernetic operation. Rico loves her new body and life at the SWA, viewing each day as a blessing. She maintains a happy disposition, despite her treatment as a machine by her handler, Jean. With the exception of a statement Angelica made in the anime, Rico is the only one who clearly remembers her past: that she was in a hospital, that her parents fought, and where her father works.

Triela is a former victim of a Mafia child smuggling group based in Amsterdam, Triela was one among many who regularly suffered abuse in the form of drugs, torture, rape and mutilation which was taped as a snuff film. She was rescued by a pair of Europol detectives, one of whom was her future handler, Hilshire. After being mortally wounded in a gunfight, Hilshire’s partner bravely used the last of her strength to perform CPR on Triela, enabling Hilshire to save the child’s life.

Claes was once known as Fleda Claes Johansson, this girl has undefined origins, although she is revealed to be the only normal, healthy subject before undergoing cybernetic surgery. In the beginning, Claes is confined to the Agency, unable to participate in missions with the other girls because her handler, Raballo, has died. She is used as a test subject by the cyborg engineers, who utilize controlled situations and equipment to monitor the usefulness of her implants.

Angelica was some time ago, a girl’s father’s business was about to declare bankruptcy. In desperation, her father decided to cash in on the large life insurance policy he had taken out on his daughter, Angelina. While getting groceries with her dog Perro, Angelina had no warning when her father “accidentally” hit her with his car.

Gunslinger Girl -Il Teatrino-
(ガンスリンガー ガール 2nd シリーズ)
Is an ongoing manga by Yu Aida. It was adapted into a thirteen-episode anime television series, animated by Madhouse, which aired in Japan from October 8, 2003 to February 19, 2004. The second season started airing on January 7, 2008 on Tokyo MX TV, and the networks Chukyo TV and TV Osaka aired the episodes at later dates. Thirteen episodes are planned to be released, with the thirteenth episode planned to air on March 31, 2008, and two episodes will be released on DVD.
OP
1. “Tatta Hitotsu no Omoi” ~ KOKIA
ED
1. “doll” ~ Lia & Aoi Tada; “Scarborough Fair” ~ Aoi Tada ep 8; “human” ~ Lia ep 13.
WEB