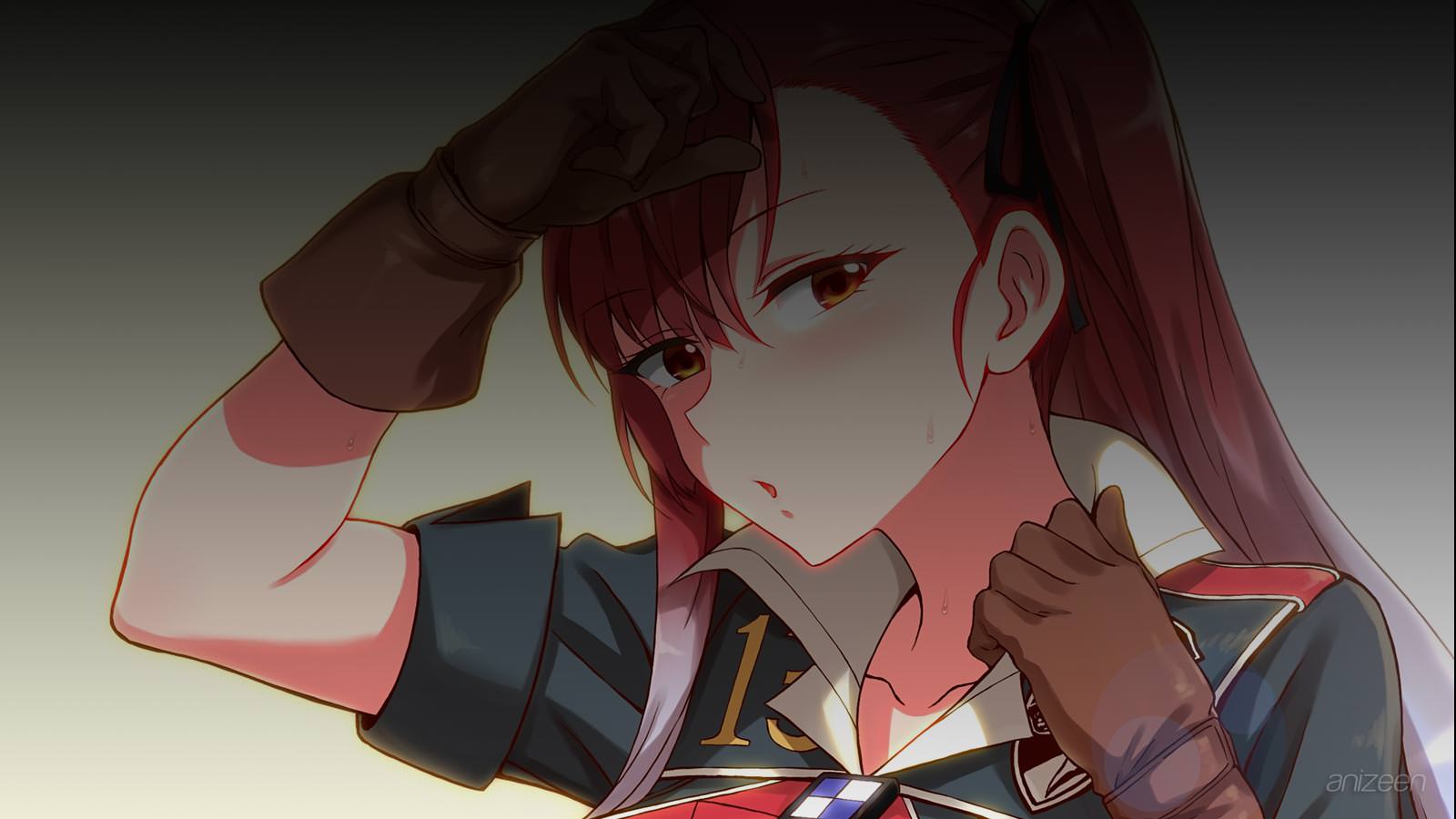 We are introduced to the country of Gallia, and more specifically the town of Bruhl, a normally quite place that soon will be caught up in the ravages of war. This conflict is being fought over a vital resource called Ragnite, between the Atlantic Federation, of which Gallia is a part, and the clearly evil East European Imperial Alliance.

As precaution, Alicia is assisting with the evacuation of civilians from Bruhl. Alicia, usually works as a baker, but is almost an armed and dangerous member of the Bruhl town security group.

She apprehends a supposed spy, named Welkin, who is commiting the heinous crime of sketching a trout. Alicia attempts to keep Welkin under control, but suddenly, news about the Imperial Alliance invading the town reach their ears. Soon after, Alcia finds herself incredibly confused, on one hand she thinks she must take care fo the spy, but also knows that she might end up in battle sooner, rather than later.

As Alicia hesitates, Welkin finds a way to escape and is pursued by Alicia, but the chase is indeed interrupted by the arrival of Imperial troops. Then, Welkin leads Alicia to his younger sister Isara who gains Alicia’s trust by shooting an Imperial soldier.

After that, the three become surrounded in a house, but Isara has a secret weapon, a special advanced tank, knows as Edelweiss, that was once designed by Isara and Welkin’s father, and that they think it might help them fight against the the Empire.

Welkin Gunther is a twenty-two year old university student before the Imperial invasion, Welkin’s intelligence and determination earned him the commanding position over Gallia’s Squad 7 after he joins the Militia. His university major, Animal Sociology, gives him an extensive knowledge of Gallia’s native flora and fauna and serves as a basis for his military strategies.

Alicia Melchiott is a nineteen year old who wishes to be a successful baker, Alicia became a soldier after being swept up in the chaos of the Imperial invasion of Gallia. Righteous and reliable, Alicia loves helping others, and slowly grows fond of Welkin.

Isara Gunther is Welkin’s sixteen-year-old adopted sister who cares greatly for her comrades. The two are not siblings by birth, as she was taken in by the Gunthers at a young age; however, Isara is extremely devoted to Welkin. She drives and maintains the unique tank Edelweiss that her father Theimer designed in the First Europan War but was too expensive to mass-produce. The shawl she wears signifies that she is a member of the Darcsens, a race of people persecuted for their ancestors’ role in the near destruction of the continent.

Senjou no Valkyria -Valkyria Chronicles-
(戦場のヴァルキュリア Valkyria Chronicles)
Is a tactical role-playing game published by Sega exclusively for the PlayStation 3 and was developed by Sega WOW’s Overworks division. Two manga adaptations are made based on the game. One of them is titled Valkyria Chronicles – Wish Your Smile. It is serialized by Enterbrain’s Comics B’s Log magazine and centers on two characters made for the manga. An anime adaptation, based more closely on the manga than the game, premiered on April 4, 2009, produced by Aniplex’s A-1 Pictures.
OP
S1. “Ashita e no Kizuna” ~ HIMEKA; “Asu e no kizuna” ~ HIMEKA
ED
S1. “Ano Kaze ni Notte” ~ pe’zmoku
WEB