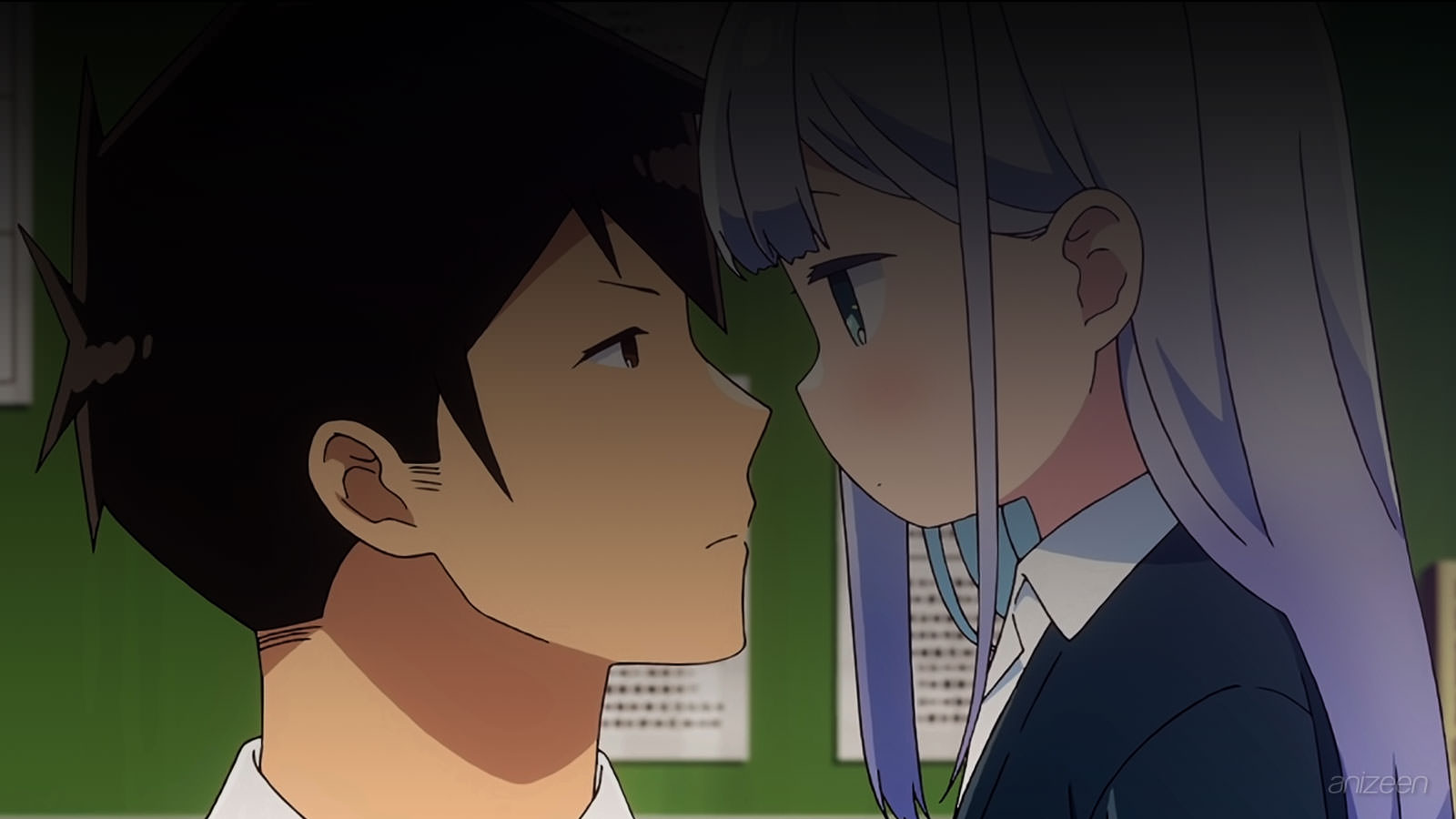 The day has come, and Raidou’s high school life is about to begin. After all, he didn’t have the best time in middle school, and he wants everything to change from now on.

And all because at first sight, Raidou can intimidate, if not frighten others, he has an intense look and a presence that is too imposing for his age.

With determination, he introduces himself to his new classmates and decides he’ll pay close attention to whoever sits next to him, but as soon as he stops thinking about it, she has already introduced herself and he has not heard her name.

Despite this, he can see the girl’s name in a notebook and decides to talk to her. She is Reina, a petite young lady who appears to be very discreet and delicate.

Throughout the day, Raidou tries to communicate with her, but he doesn’t get a single response from her. Despite this, he decides that he will not give up and will try to befriend her, after all, his high school life is meant to be wonderful.

The next day, he tries once again, but he does not get a straight answer from Reina. At the end of the class, she approaches Raidou and puts her face close to his and starts to tell him something about her, but despite her closeness he can barely listen.

Reina tells him that she has forgotten one of her books and asks him to share his with her for the next class, from that moment on, she behaves differently, even invading Raidou’s personal space.

He is interested in knowing what Reina thinks, and doesn’t pay much attention to her behavior. Later, they both share lunch and again, Reina sits very close to him, and even shares some food with him as if they have known each other for years.

At the end of the day, they both walk back home, and Reina invites Raidou to take some photos, and even end up singing karaoke, although she can’t be heard at all.

The next day, Raidou greets Reina, but again does not receive an answer from her. He is confused, and even though he thinks it is fine if everything goes back to normal, he decides to offer her to share the textbook for the next class.

Reina is surprised, and tells him that she does not want to bother him, at which point she tells him that in middle school she used to be extremely friendly with people, and that bothered them, so she doesn’t want him to feel uncomfortable.

Raidou tells her not to worry, that as long as she does not exaggerate, it’s okay for her to behave as she feels best. Reina is surprised and unintentionally ends up hugging him with emotion.

The next day, Raidou realizes that by not being able to hear her clearly, he loses communication with her, so he decides to experiment with other ways to do it better.

For some reason, Raidou begins to get used to Reina’s tone of voice, thus, the two begin a very peculiar friendship.