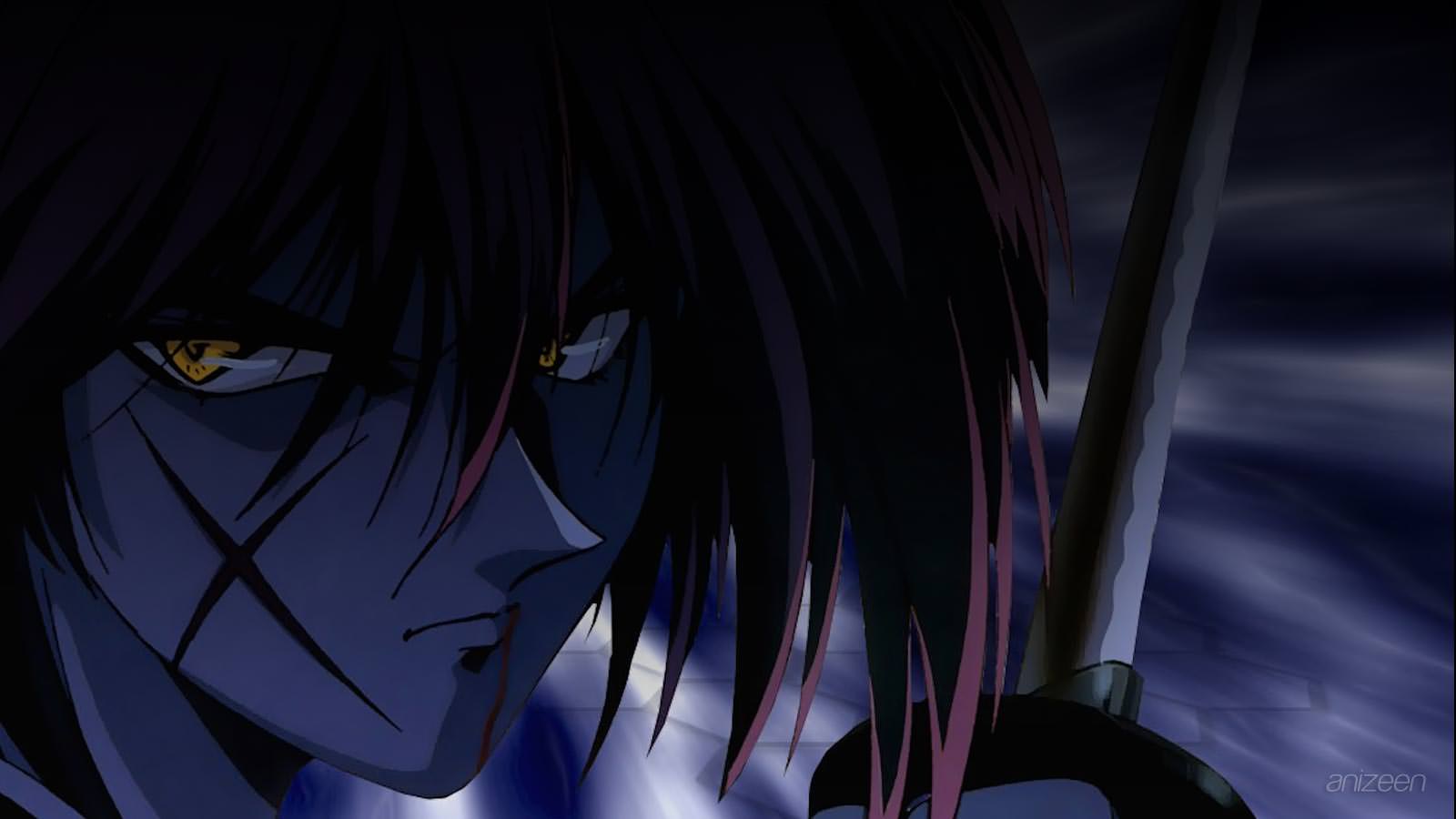 The story of Rurouni Kenshin takes place during the first stage of the Meiji period in Japan. It tells the story of a peaceful homeless man named Kenshin Himura, who was previously known as the murderer Hitokiri Battousai.

After participating in the Bakumatsu war, Kenshin goes on a journey to the interior of Japan and offers his protection and helps those in need, while trying to alleviate the bad times for which he had to go through and the lives it took during the war. Once in Tokyo, Kenshin meets a woman named Kaoru Kamiya, who is chasing a criminal who claims to be the legendary Hitokiri Battousai.

Kenshin decides to help her defeat the fake Battousai. In the process, Kaoru will realize that Kenshin is actually the real murderer, after considering it, she offers her dojo and allows Kenshin to establish himself and at the same time help her with its obligations.

Kaoru discovers in Kenshin a very considerate and kind young man, but who struggles with his past and the personality that earned him the title of Hitokiri Battousai. As time passes, Kenshin will discover that it is impossible to flee from the past, so he must face old enemies and even must fight against Shishio Makoto, his successor as an assassin.

Rurouni Kenshin: Meiji Kenkaku Romantan
(るろうに剣心 -明治剣客浪漫譚-)
It is a manga and anime created by Nobuhiro Watsuki. Set in the early years of the Meiji era, also affecting the plot events that occurred in the previous Tokugawa era in Japan. The main character, who gives the series its name, is based on a historical character named Kawakami Gensai and with broad similarities with other historical characters such as the Rounin Miyamoto Musashi, despite the main character Kenshin Himura not being a Rounin. The name Kenshin is broken down into two words: Ken, which means sword or saber and Shin, which means believe or trust. Nobuhiro Watsuki’s manga was published in the weekly anthology magazine Weekly Shounen Jump between # 19 of 1994 and the # 43 of 1999, and later in the form of 28 volumes (tankoubon). But recently the Sueisha Publishing House, has relaunched the Manga, in Kanzenban format of 23 Volumes, that is to say, it is a luxury edition that only the best manga can have. The anime runs for 95 episodes on January 10, 1996. Writer Kaoru Shizuka has written an official Rurouni Kenshin novel titled Journey to the World’s Moon.
OP
S1. “Sobakasu” ~ Judy & Mary eps 1-38; “½” ~ Makoto Kawamoto eps 39-82; “Kimi Ni Fureru Dake De” ~ Curio eps 83-95
ED
S1. “Tactics” ~ The Yellow Monkey eps 1-12; “Namida wa Shitte iru” ~ Mayo Suzukaze eps 13-27; “Heart of Sword – Yoake Mae” ~ T.M. Revolution eps 28-38,43-49; “Fourth Avenue Cafe” ~ L’Arc~En~Ciel eps 39-42; “It’s Gonna Rain” ~ Bonnie Pink eps 50-66; “1/3 no Junjou na Kanjou” ~ Siam Shade eps 67-82; “Dame” ~ You Izumi eps 83-95
WEB