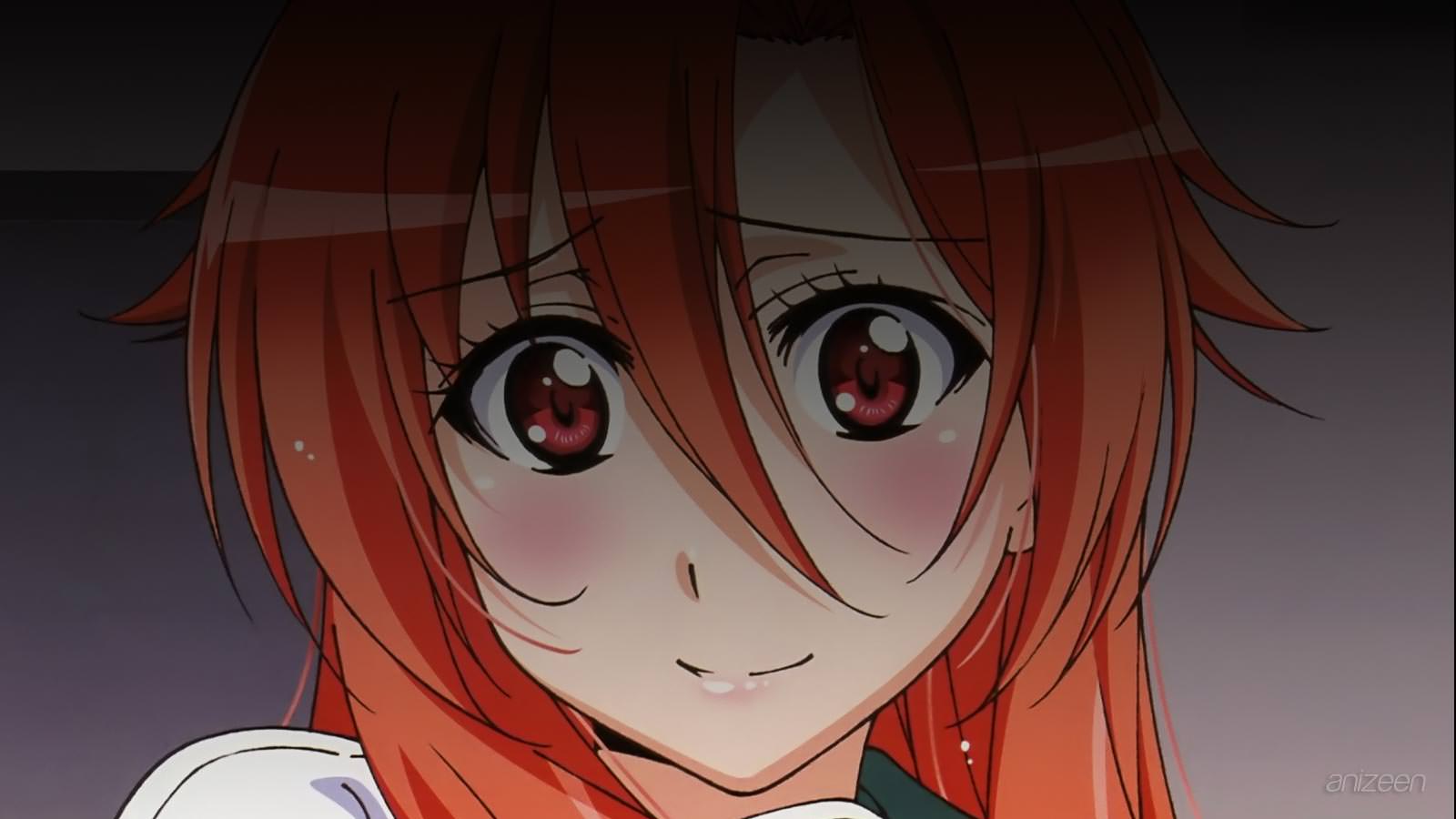 Ryosuke Kaga is not just an average student, he’s is well recognize at high school by all the girls, including the first year students. And Ryosuke is not afraid to tell the world that he admires and loves girls, especially if they are voluptuous.

One morning, Ryosuke is talking to her mother who is living abroad in Germany. Her mother seems to be care free about her son and tells him to be strong until she can send him some money.

Meanwhile, Mina Okura, Ryosuke’s childhood friend and neighbor, is waiting outside. After some minutes, Ryosuke and Mina depart to school.

At one moment, Ryosuke stares at Mina, he seems serious, but starts talking about Mina’s bust size. He thinks she has grown a lot in the past months and is not afraid to think about it. Furthermore, he doesn’t realize that he is actually saying the words to Mina. Surprisingly, Mina is not freaked out with his lecherous words.

At school, Ryosuke is well known as Ero-suke, because he doesn’t hid his thought, especially if they are related to the girls. And he is proud of it, and thinks that the other guys are hypocrites.

In the afternoon, Ryosuke returns home without Mina, it’s raining and he sees a gorgeous girl all wet standing still in the street. He tries to control his deepest desires and asks the girl, Lisara Restall, if she wants to get dry at his home place. For some reason, this girl trusts Ryosuke and tags along.

Ryosuke shows Lisara around and tells her to feel comfortable. When he tries to introduce himself, Lisara starts to tell him his personal details without any flaw. Ryosuke is estranged, but doesn’t panic, especially when Lisara gets near and embraces him.

Suddenly, Lisara stabs Ryosuke with a strange sword. He falls down and losses consciousness. Lisara is not a normal girl, and once she is able to wake Ryosuke up, she tells him that she is an elite Grim Reaper, and that it’s an honor for Ryosuke to make a temporary contract with someone as special as her.

Everything sounds absurd, but after a sudden attack, both, Lisara and Ryosuke find out that the real world is not as safe as before. She needs Ryosuke’s energy to help her fight in her search for a hero. Unfortunately for Lisara, Ryosuke’s only motivation in life is being a little bit pervert.

Ryosuke Kaga is a second-year student at Momozomo Academy. He uses his perverted spirit-energy to give Lisara, a Grim Reaper, energy. Also, he learns from her that he will die in three months and in return for his help, she will try to change his fate. Lisara uses the Broken Sword, Gram, which use to belong to the God of War, to form a contract with Ryosuke. However, it was revealed later that Ryosuke has the other half of Gram, which was thought to be lost, thus gaining full power of the sword.

Lisara Restall is a beautiful Grim Reaper who makes a deal with Ryosuke and uses his perverted spirit for energy. She wields a scythe called “Carnun Pladur”. She used the hilt of the Broken Sword Gram to form a contract with Ryosuke. She loves Ryosuke but does not show it like the other girls.