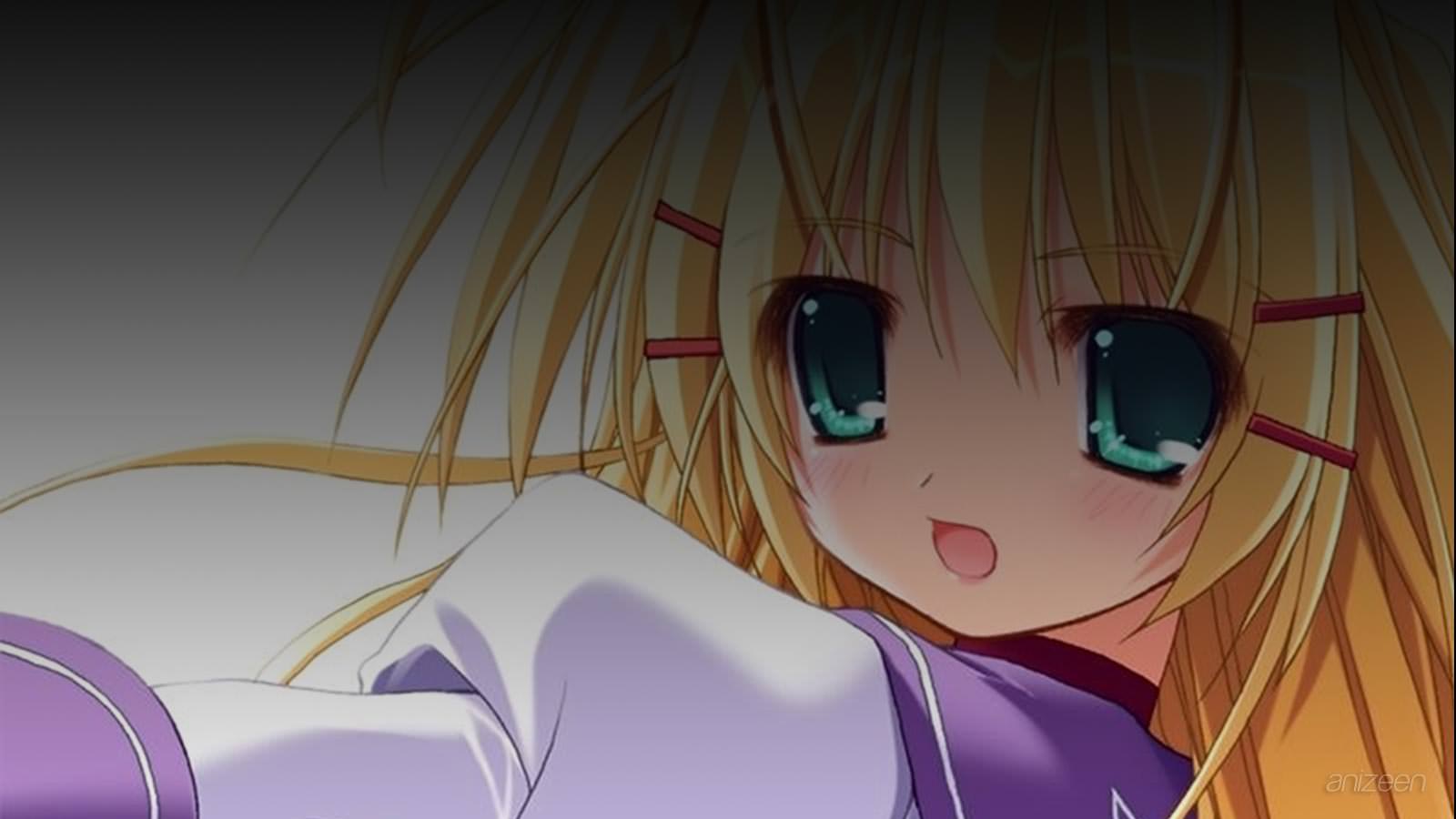 We are thrown right into a battle scene that is to be fought soon. A girl named Priecia and a boy named Hyaweh are discussing the battle and some tactics that will lead them to victory. They both discuss Hyaweh’s ambitions to become a knight and protect his kingdom.

After a little bit of flirting between the two, a strange lady attacks the two of them who calls herself Sister Hell. The two are overpowered until their party members Kagura, Fel and Karin arrive and use their special skills against her.

Sister Hell summons a giant demon which forces one of its claws down upon the group until a barrier is created, tempoarily protecting the group from harm. Kagura, who summoned the barrier starts getting nervous which weakens the barrier until it can no longer hold out the force.

Priecia and Hayawei keep on powering-up to new levels, but so does Sister Hell, until the rest of Hawawei’s harem, or Adventure Team Girls, show up to do their own powering up.

Fel and Kagura cast their magic on it to both cover him with ice and then cast fire to burn it. Hyaweh and Priecia attack it with their swords and when all hope is lost, Hyaweh grabs hold of Priecia and uses his special move which causes the sword to rise up quickly and do a combo attack which manages to destroy the creature.

Priecia and gang think that they’ve won, but the real badguys show up in enormous numbers.

Priecia is the female protagonist in the anime. Preicia is the princess of Wind land. She is also enrolled in the knight school where she met the other charactes, such as Hyaweh, Kagura, Fel, Fillia. In the school, she was widely known for her expert swordsmanship as well as her beauty, however, she did not have any friends at first.

Hyaweh is the male protagonist in the anime. Hyaweh had enrolled in the knight school in wind land and it was during that time that he met most of other characters.

Kagura is sent to protect Priecia and has expert bowmanship. When she first arrived, she followed Priecia everywhere and stalked her, causing much annoyance to the princess and giving ideas to the other students that they had an intimate rellationship, who in turn challenged her to a duel.

Fel is an extremely hyper girl. Wields typical magical girl staff. She has awkward elven ears with pink hair and green eyes. Her magic is a combination of ice and explosives.

Filia is the little sister of Hyaweh. who is the maid of the academy and quite narcassietic in a way and always putting her brother in embarrasing situations.