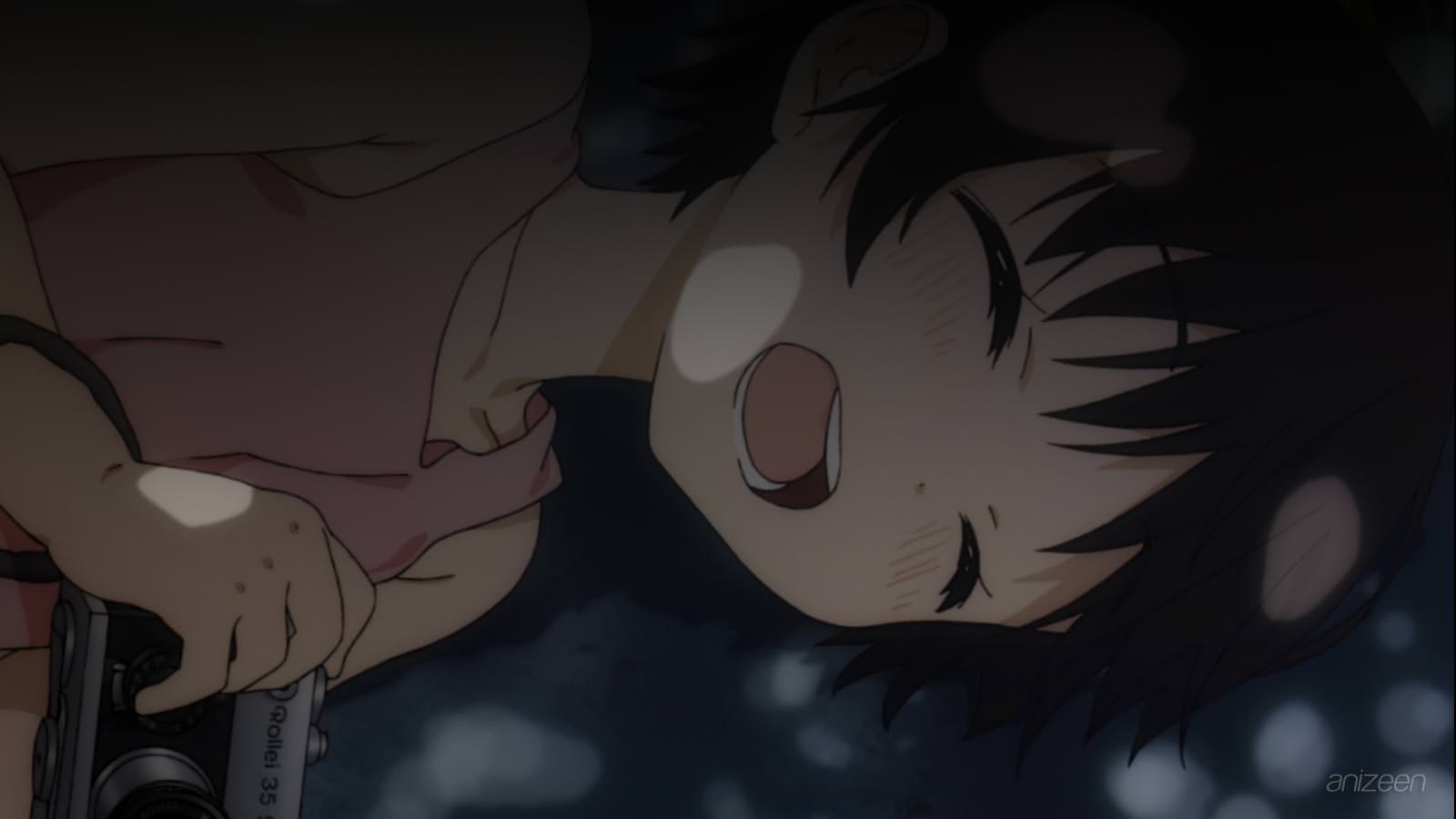 Fu Sawatari is a third year middle school student; she has lost her father, who used to love photography. Usually, when Fu saw someone with a camera, she had some sad feelings about it. But her best friend, Chihiro Miyoshi, was always there, trying to cheer her up, despite she always ended up crying like a baby.

One day, Fu returns home and find his little brother Kou with and old photo album. It’s filled with a lot of incredible memories and fun moments that her whole family shared together. Of course, Fu’s father was the one taking the photos, with and old Rollei 35S film camera.

Fu realizes how much she learnt from her father and that deep inside of her, he is still around. She asks her mother if she can have that old camera and she gladly agrees. Also, Fu tells her mother she wants to go to high school at Takehara, Hiroshima, where her late father used to live.

In the end, the whole family thinks it’s a good idea to move and Fu tells Chihiro that they won’t be attending the same school in the future. Chihiro is very supportive and thinks that Fu is really brave.

Inspired, Fu sends some photos to Riho Shihomi, one of her favorite photographers, after a while she gets a warm reply and a train ticket with no destination, which Fu will treasure as a good luck charm.

Finally, Fu and Chihiro part ways with a big smile and Fu travels to Takehara where she meets Kaoru Hanawa, a childhood friend she had back when she lived in Takehara. Fortunately for Fu, she will also make new friends at school, and will learn to enjoy her new life.

Fu Sawatari is a high school girl with a love of photography. She uses a camera passed on to her by her late father and is particularly interested in finding pictures containing specks of lights which she refers to as ‘Tamayura’. She is a little clumsy and will often hurt herself while trying to find the perfect shot. She is nicknamed ‘Potte’ after the noise she makes when she nervously walks.

Kaoru Hanawa is Fu’s childhood friend who used to play with her back when Fu first lived in Takehara. She has a self-proclaimed ‘smell fetish’, taking interest in all sorts of smells.

Maon Sakurada is a fan of Fu’s pictures and has a tends to communicate mostly by whistling. Norie can understand what she’s saying and usually “translates” what she says to others for her.

Norie Okazaki is an excitable girl who is infatuated with Fu’s little brother, Kou. She is an energetic girl who can understand and translate Maon’s whistling.