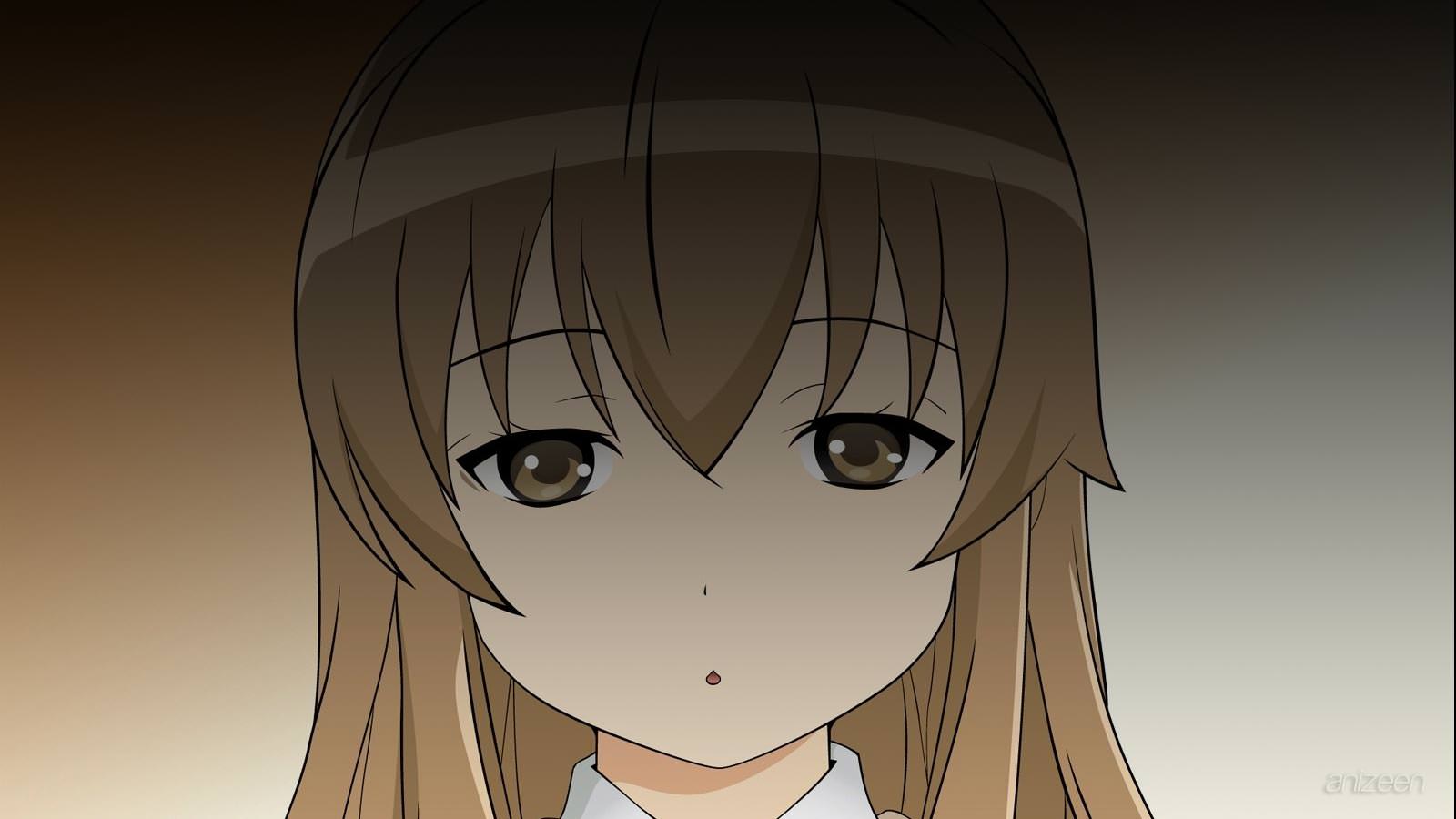 As they don’t have parents, the eldest sister, Haruka, does most of the housekeeping chores although she goes to high school. The second sister, Kana, is a junior high school student. She is a cheerful girl but a bit of an airhead.

Chiaki still attends elementary school, but she is a cool and ironic person, and often makes a fool of Kana. Most of the stories are scenes of their daily lives, and they progress normally without remarkable climaxes.

Kana doesn’t like to get up in the morning and so is usually late and misses breakfast. When Kana stays home she sleeps all day instead of making dinner, and then rushes together a dinner-from-hell. Haruka doesn’t know how to explain kissing to Chiaki, so Kana decides to “teach” Chiaki.

When a boy gives a love letter to Kana, Chiaki convinces Kana that it is actually a challenge to a fight, so Kana kicks the boy in the leg when he is getting ready to “confess” to her. The basic premise of the jokes in the first episode is that all three girls are totally naive, even Haruka.

Haruka Minami is the oldest sister and in her second year of high school. She has been taking care of her younger sisters since she was young. Haruka is the most reliable among the three.

Kana Minami is the middle sister in her second year of junior-high school. Kana is a lively girl who never thinks before acting. She often acts or talks impolitely without thinking, much to the annoyance of Chiaki.

Chiaki Minami is the youngest sister in elementary school. She is in class 5-2 (a reference to Kyo no Gononi). Her apparent high intelligence often makes her overanalyse simple stuff. She also tends to ignore idiotic behaviour displayed by Kana and Makoto.

Hosaka is a third year, and captain of the volleyball club. He would like for Haruka to become the volleyball club’s manager. He has tendancy to act cool and the habit of fantasizing in front of people, making those who knows him label him as weirdo, especially Maki.

Fujioka is Kana’s classmate. He is in love with Kana, but Kana and Chiaki believe his love letters are letters of challenge. Kana nicknames him Banchou, meaning the leader of juvenile delinquents.
Keiko is Kana’s friend, an honor student. She is often ignorantly bullied by Kana and dragged into her silly escapades.

Riko is Kana’s classmate. She has a crush with Fujioka and views Kana as a love rival, but currently make friends with her in order to get close to Fujioka. Also has the same rude personality as Kana and ignorantly bullies Keiko.

Yuu is in third year. She is senior to Kana. Reluctantly made the position of 3rd generation Banchou in school, Yuu gladly hands over position to Fujioka when she intentionally loses a “Rock-Paper-Scissors” duel to him.

Makoto is Chiaki’s classmate. He is nicknamed “stupid child” which his classmates believe is more of an impression of him than a nickname. He has a crush on Haruka, and would go as far as crossdressing in order to see her at the Minami residence.

Minami-ke
(みなみけ)
Is a Japanese manga series by Coharu Sakuraba who also authored Kyo no Gononi. It was first serialized in the weekly Japanese manga magazine, Young Magazine, in 2004. The slice of life comedy focuses on the everyday life of the three Minami sisters: Haruka, Kana, and Chiaki. There are two anime adaptations of Minami-ke done by two separate animation studios. The first, under the original title Minami-ke is produced by Doumu and began airing on TV Tokyo on October 7, 2007. After the first anime ends, a second will begin in January 2008 by Asread under the title Minami-ke ~Okawari~, and will also air on TV Tokyo
OP
1. “Keikenchi Joushouchuu☆” ~ Rina Satou, Marina Inoue, and Minori Chihara
ED
1. “Colorful DAYS” ~ Rina Satou, Marina Inoue, and Minori Chihara
WEB