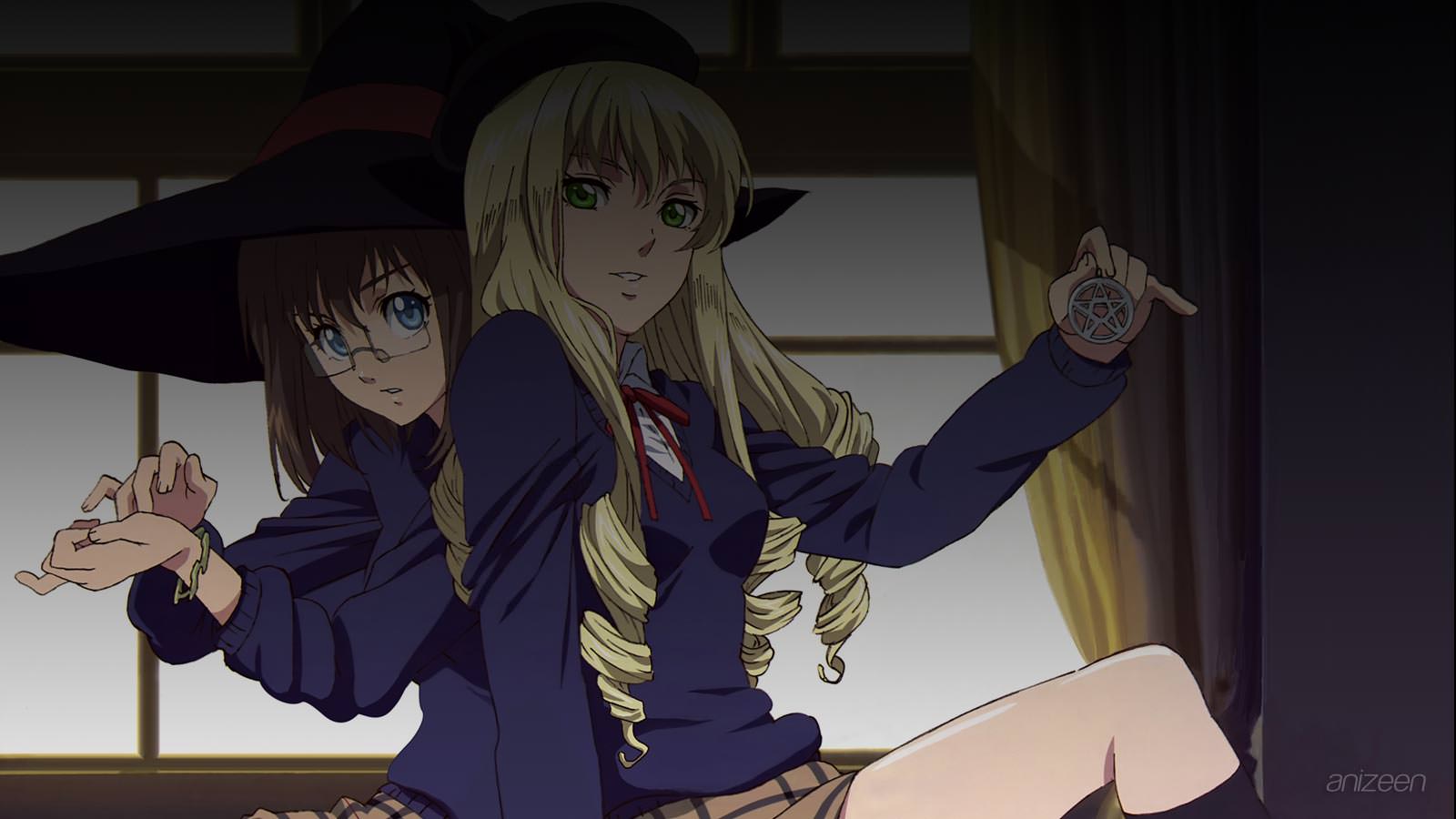 Due to his father’s disappearance, Itsuki Iba has to take over the family business: a magician dispatch service.

Their family basically employs countless magicians and other supernatural beings in order to send them out to help those who need magical assistance.

As a leader, Itsuki now has to be tough, commanding, and reliable, but there’s one problem, he’s a coward who lets anyone walk all over him. The running joke of the show is he gets hit by Hanami and Adilisia when any girl even looks at him.

Also, in order to run a successful business, he has to connect with his employees, which is more difficult than it seems due to his personality.

But not only does he have to deal with his own employees, he also has to deal with those who threaten the family business.

Itsuki Iba is the second generation president of a rent-a-magician company called Astral. Due to his dad, the first generation president of Astral going missing, he inherits the title of president. His characteristic includes a babyface and the big eyepatch at his right eye. He is a first rate coward who lets everyone walk all over him. He doesn’t defend himself from getting hit by Honami or Adilisia for doing nothing. He has a demonic right eye, the Gramsight, which when he uses it he can see the weakness of magic used against him, and occasionally memories of the castor. When he uses the Grim Sight he becomes another person who is more confident and much of a leader but when the Grim Sight is closed back with the eyepatch he reverts to his original weak personality.

Honami Takase Ambler os an employee of Astral and it’s Celtic magic expert also unofficially the president’s secretary and educator (in magic studies). She is Itsuki’s childhood friend, and works for Itsuki but acts like the boss because of financial problems. She rides a broom like a witch but it needs fuel to go. She also dress like a witch during jobs and she uses mistletoe and herbs in her magic. The prodigy that revived the dieing Celtic magic in 2 years, she competed for top seat of the “School” in England with Adilisia. She speaks in Kansai dialect.

Mikan Katsuragi is a contract employee for Astral and Shinto specialist. She was part of the Katsuragi family (practitioners of shito) but became part of Astral after she ran away from home. She is the youngest of the group and adds Onichan most of the time when she talks about Itsuki. (Though not related) Her side jobs include writing charms and conducting ceremonies. She seem to have left home because of a complex she had concerning her talented sister but later it was resolved. Currently a 3rd year primary school student.

Ren Nekoyashiki is an executive director and Onmyoudou expert of Astral. Just like his name suggests he is an onmyouji that like cats. He uses four cat shikigami named Seiryu, Byakko, Suzaku and Genbu. The only member from the time of the first generation president (others have left). Writes for a magazine as his side job. When he is young he was part of numerous sects. At one time by accident he met Mikan, who due to the expectations of being the sucessor, left her home and clan, the Katsuragi family. He then brought her to Astral.

Manami Kuroha is an apprentice at Astral. She lost all her memories except the knowledge of her name. She changes her dressing according to her identity. Able to use poltergiests, she cleans the office and serves tea but she also study hard yearning to be a part of the team. Itsuki met her when he was admitted to hospital and became friends with her right away even though he could tell she was in fact a ghost. He invited her to join the company by the end of the fourth episode.

Oltwin Grautz is a new member and rune magic expert. Looks 14-15 years old. Formally a member of the Northern Europe company Mimir but joined Astral due to his older brother forcibly signing the contract. He does not feel good about joining Astral and has a feeling of dislike towards Itsuki. Often spouting detestable words and sometimes scolding in German. A junior from the “School” Honami and Adilisia attended. After joining Astral he set off to improve the management of the company. After the vampire incident he accepted Ituski and Astral.

Adilisia Lenn Mathers is the head of the Magic Society Goetia. Daughter of the prestigious Mathers family. Practices the dark arts of Solomon and is able to summon and command the seventy-two spirits of the Ars Goetia. So far she usually summon attack type spirits no recovery types are summoned yet. She was competing with Honami for top seat at the “School” in England but left to secede Goetia’s leadership. Becoming the youngest company head in history, she chased after her father to Japan.

Daphne is an apprentice of Goetia, looks after Adilisia’s Japan residence. Adilisa calls her the chief maid but she insists on being a steward rather than maid. Later becomes Goetia’s second in command. She uses defense spells. She is actually Adilisa’s older sister.

Kagezaki is the person in charge of Astral in the Association. An ordinary looking person with average build and height. He judge magic users that commit taboo. The “magic user that punish magic users”. His powers cannot be seen through by Itsuki, Honami and Adilisa sensed terror when going against him. However Kuroha is able to approach him without fear.